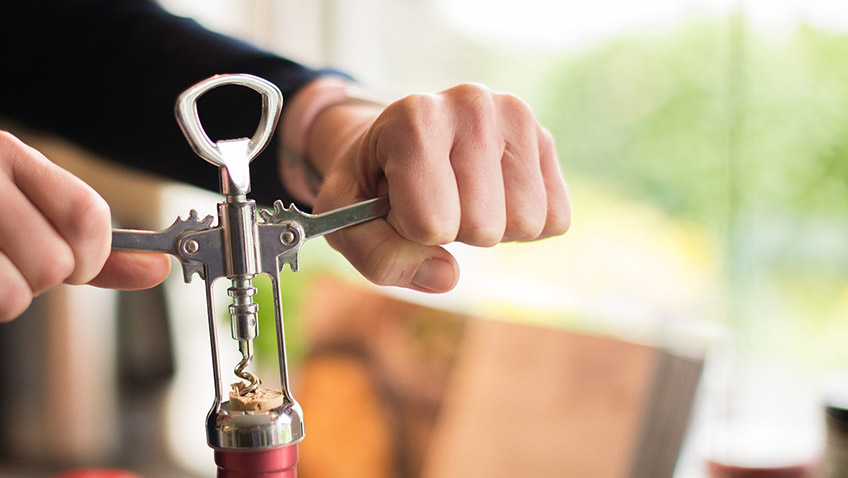 Is your wine vegan-friendly?

January is now Veganuary, with many opting to try non-animal products and adopt a vegan diet. But how does this affect your choice of wines? Here’s a guide to what is a vegan wine and how to identify it.

Since wine is basically grape juice fermented with yeast (which you can see growing “wild” as the white bloom on your home-grown garden plums and grapes if you have them) you may be wondering how wine can be anything but vegan-friendly. So where do the animal derivatives come in?

It’s all down to something called finings. Finings are substances added to the finished fermented grape juice to help clear what at this stage is rather a cloudy liquid with suspended particles of old yeast and some grape particles. Adding finings turns this unattractive murky liquid into a clear and “bright” wine (that’s a winemakers term for a wine’s pretty colour that looks good when you hold your glass up to the light of a sunlit window).

There is one more step. After adding the finings the resulting dregs of solid matter are separated from the clear wine so in fact no finings actually end up in the bottled wine. But their very use may cause you ethical problems if you are a vegan who wish to see no animal exploited for its body or the products it makes.

So finings made from milk (known as casein), egg whites, fish bladders (islinglass), gelatin (much is made from pig skins), Chitosan (a trade name for a fining derived from lobster and crab shell) are out.

There are finings that can be “Vegan-friendly or Vegan Approved” (various symbols are used on the back label on the wine bottle to show this), these include: bentonite (clay earth), charcoal, crushed quartz rock, silica, moss, seaweed and plant proteins derived from potatoes, cereals and even grape pips.

Home-brewers of beer or fruit wines could also use a common weed from the back garden. Ale hoof, also known as ground ivy, is one of the mint family that is low growing with green leaves and pretty purple flowers. Home brewers since Saxon times have been adding it to their drinks to add flavour and help clear it.

If you can’t see any vegan symbol or vegan wording on the wine label then you must assume it has been made with animal-derived finings. To be doubly sure you could purchase the Co-op’s own-label wines here in the UK. All of their own-label wines have a list of ingredients on the back label and so if it’s been made with something not suitable for vegetarians or vegans then they say so.

Of course there’s nothing stopping non-vegans enjoying these vegan wines too. They all taste just as great.