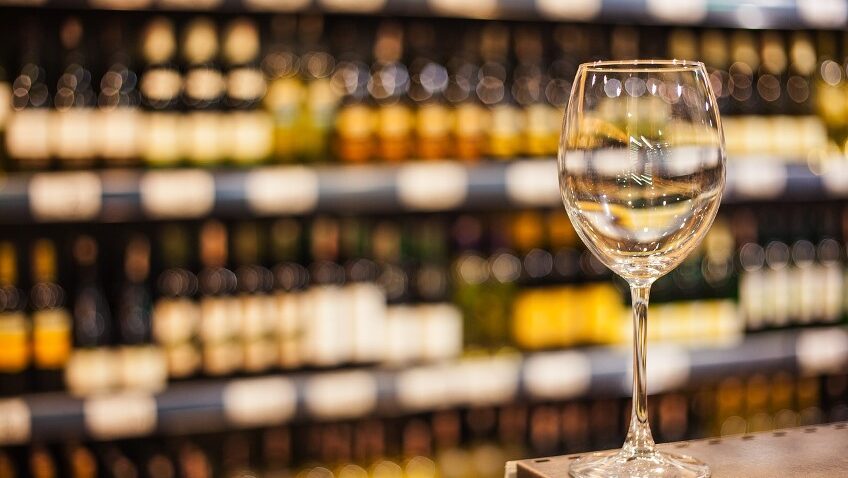 In store from Thursday 24th March 2022, the latest Lidl Wine Tour has 12 red wines, 10 white wines, 2 rosés and 4 sparkling wines from England, France, Italy, Portugal, Spain, Germany, Hungary, South Africa, Argentina, Chile and New Zealand ranging in price from a low £4.99 to the highest price of £19.99. And what a treat they are for wine lovers looking for the great and the unusual at value prices.

Try the Almocreve Alentejano Reserva (£4.99), a Portuguese red blend that tastes rather like a rich Cabernet Sauvignon with a fruitiness and a slightly smoky/spicy edge. Or the Esterhazy Tundertanc Szeszard (£6.99), a spicy plummy tasting Hungarian red that is best matched to chicken dishes.

Among the white wines look out for the Apremont Vin de Savoie, which at £7.99 is half the price you’d expect to pay for this Alp-region speciality in a High Street retailer. There’s also a New Zealand Chardonnay (Duck Point, £6.99) and four German Rieslings worth a try.

The sparkling wines contain a fizzy Slovenian Sauvignon Blanc (Forget Me Not £9.99) and an English sparkling made at Denbies in Surrey (Broadwood Folly £14.99) last seen in Lidl during 2016.

With only two rosés, this section is rather small, but worth seeking out for both the Hungarian (Etyeki Kuria £6.49) and French (Cuvee Elegance Ventoux £7.49) examples.

Almocreve Alentejano Reserva
£4.99 Lidl
A Portuguese red blend made from three rather unpronounceable indigenous grape varieties that on closer inspection turns out to be Tempranillo with a Portuguese name, a grape used to make after-dinner Port and one of the few red grape varieties with red, rather than green, flesh inside the grape. The result is a flavour rather like a rich Cabernet Sauvignon with a fruitiness and a slightly smoky/spicy edge. There’s a lot going on here for £4.99.

Esterhazy Tundertanc Szeszard
£6.99 Lidl
A Hungarian red made with a blend of Merlot grape varieties and Kekfrancos, which is also known as Blaufrankish because of its blue-coloured skin and having been grown in the Frankish area of what is now Germany. The Kekfrancos adds a spicy flavour to the fruity plumminess of the Merlot so expect this wine to be quite light for a red. Match to chicken dishes.

Champagne Premier Cru Senneval Brut
£19.99 Lidl
The most expensive of the 28 wines in the latest Spring Wine Tour, the Senneval Champagne is an ever-appearing favourite in the Lidl lists. Crispy red apple flavours make this quite a flavoursome Champers and will be a good match to fish dishes – even battered fish and chips.

Forget Me Not Sauvignon Blanc Sparkling
£9.99 Lidl
A sparkling wine made with the grape variety that made New Zealand famous is unusual enough but to have it made in the central European country of Slovenia is a double whammy. Because Slovenia nestles between winemaking Croatia on the Adriatic coast and south of another wine making country Austria, so its wine making credentials and climate are assured. With almost 30,000 wineries, Slovenia boasts a lot of wine (producing about eight times as much as the UK with a population a thirtieth of the size) but most of that is drunk by the people who live there. So to have some reach UK Lidls is worth exploring. Try this floral, elderflower tasting fizz while you can.

Broadwood Folly Sparkling English white
£14.99 Lidl
Made by Denbies, the respected English vineyard based in Surrey, this light-tasting fizz last popped up at Lidl in 2016. Now it’s back and worth a try if you want to support GB wines but expect it to be rather sharp tasting with apple flavours.

Apremont Vin de Savoie
£7.99 Lidl
A white wine from Apremont in the Savoie district of south-east France, which is up there in the Alps. Made with the local grape variety called Jacquere, the resulting wine tastes of pear and herbs and has a slight fizziness (called spritz in wine jargon and also found in the Portuguese wine Vinho Verde). Match to the local dish of cheese fondue or melt your cheese in other ways, perhaps on toast as a Welsh Rarebit. Expect to pay at least double the amount when buying similar wines in specialist wine shops.

Duck Point Chardonnay
£6.99 Lidl
New Zealand Sauvignon Blanc is in short supply so this Chardonnay from New Zealand will have to do instead. The country’s cool climate means that this Chardonnay tastes quite sharp due to the marginal ripeness of the grapes but at just £6.99 it’s worth a try.