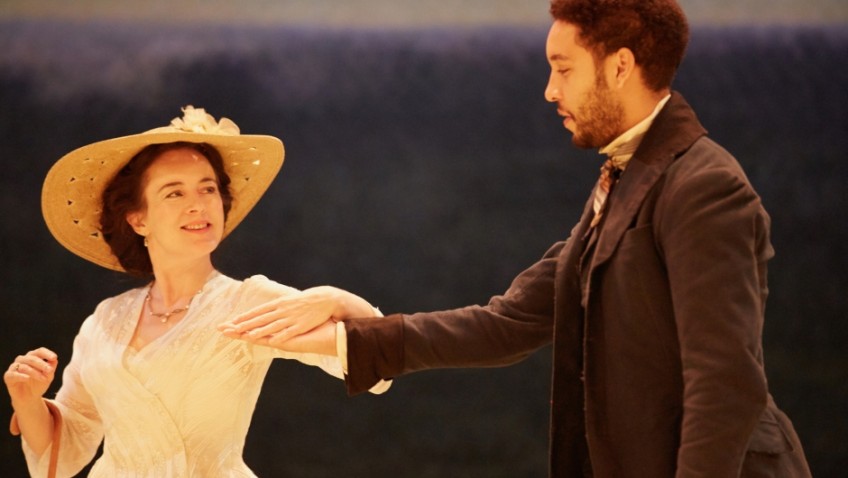 The play is well acted by a fine ensemble and I much enjoyed my evening; though I should, I have to admit, much preferred to have seen a truncated version of the play Ivan Turgenev wrote, namely A Month in the Country.

Much more than days have been lost in Patrick Marber’s version, which he also directs on an exceptionally large and practically empty stage. The actors remain seated round its edge throughout. The production does not have the intimacy many of the scenes need.

It is a commonplace to say that A Month in the Country is the best play Chekhov did not write; but in fact, though Turgenev does anticipate Chekhov, it is still very much a romantic drama of its own times. 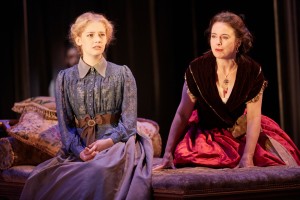 Natalya is one of the great emotional roles of the mid-19th century; it is surprising that Verdi didn’t turn her story into an opera.

Turgenev, interestingly, did not intend the play to be staged. He always thought of it as a novel in dramatic form. Written in 1850, it ran into trouble with the Russian censor (who considered it an attack on marriage) and it was not performed until 1872.

It did not enter the international repertoire until Stanislavski directed it for the Moscow Arts Theatre in 1907.

Natalya (Amanda Drew) is an unhappily married 29-year-old, who has a devoted, platonic friend in Rakitin (John Simm), whom she loves or thinks she loves, until she falls in love with her son’s 21-year-old tutor, who in this version, and in Royce Pierreson’s performance, is not nearly so naïve and diffident and much more in control of his life. 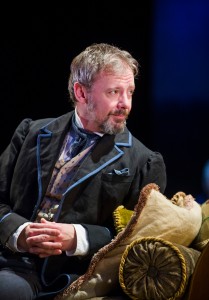 Natalya’s crisis is made all the more painful by the fact that her young ward (Lynn Sacofsky) is also in love with the tutor. The scene, where she decides to give him his notice only to find that he doesn’t love her ward and had no idea that she loved him is one of the most interesting.

Rakitin is sometimes seen as a self-portrait of Turgenev, who fell in love with the famous opera singer, Pauline Viardot, and lived as a member of the Viardot household with the full approval of Pauline’s husband for forty years. He died in her arms. Their relationship was always presumed to be platonic; though Turgenev always referred to it as an “unofficial marriage.”

Natalya and Raitkin’s “consumptive relationship,” which has been allowed to fester for far too many years, had a much fuller dramatic impact when Helen Mirren and John Hurt played it nearly 20 years ago.

Mark Gatiss is very droll as the cynical, money-grabbing and incompetent doctor. He has one of the funniest scenes, a singularly unromantic proposal of marriage, which does not need all the farcical physical comedy he brings to it.

The dialogue is sufficiently funny in itself. Marber gives the scenes an extra twist by making the genteel, not-so-young spinster (Debra Gillett), to whom he is proposing, much steelier than she has been acted in the past.