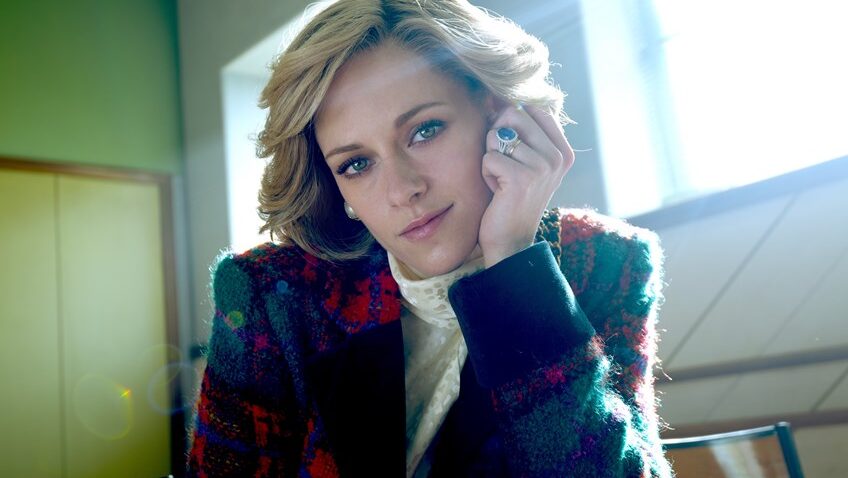 If you are dreading the holidays with the in-laws, spare a thought for Diana Spencer (Kristen Stewart), as she drives herself to Sandringham for Christmas weekend, 1991. After completing a series of powerful films about the repercussions of the oppressive Pinochet dictatorship, Chilean director Pablo Lorraín began to explore the intimate lives of women driven by their respective marriages onto the world stage.

In his wonderful 2016 film Jackie, Lorraín explored the broken dream of the Kennedy White House’s “Camelot” as seen through the eyes of Jacqueline Lee Bouvier after her husband’s assassination. The splendid Spencer is about the broken dreams of a real-life princess who, like Jackie, was catapulted to fame through her fateful marriage to a wealthy, famous prince. Both films are about myth making, and how women in costly designer straitjackets lose their identities and make their legacies.

Lorraín and British scriptwriter Stephen Knight (Locke, BBC’s Peaky Blinders and Taboo) call the film “A Fable from a True Tragedy”. Although Stewart gets top marks for taking on Diana’s mannerisms, voice, accent, and clothes-hanger frame, this internalised snapshot of the turning point in her marriage is not The Crown. You do not have to be British royalty to lose your appetite or feel trapped in the claustrophobic world that Lorraín and British production designer Guy Hendrix Dyas create.

The story begins with the juxtaposition of two scenes: rows of Royal House Guards in full dress uniforms carrying dozens of crates into the imposing Sandringham estate with scenes of a blond woman driving a sports car, lost on a country road winding through lightly frosted fields. Struggling with the map, the exasperated woman in a striking wool, tweed jacket stops at a coffee shop and appeals to the stunned waitress in soft, throaty, apologetic voice: “Hello, I have no idea where I am”. Silence descends upon the room as the future Queen of England is recognised.

The crates contain not armaments, but their equivalent to the blond – Diana Spencer – whose late arrival is noted by eagle-eyed Major Alistar Gregory (Timothy Spall), the head of security. Obscene amounts of sumptuous ingredients – including lobsters on ice – are being inspected by Chef Darren (Sean Harris). The armaments analogy is not lost on us as the princess in the public gaze has developed an eating disorder and faces a constant battle with a regime of three heavy, multi-course meals a day.

The only exercise to work off the calories is when the household takes a short walk to a field where they stand around shooting birds, Diana attempting, by playing a living scarecrow, to prevent her sons from being forced into this act of cruelty. Even here, we see huge picnic hampers being loaded to accompany the shooting party.

The scarecrow (with its connotations to anorexia) is a symbolic device from the beginning, when on her way to Sandringham, Diana recognises her childhood stomping grounds in a more carefree time and walks across a muddy field in her heels. At one point, she removes the tattered jacket from the scarecrow and talks to it in the huge, luxurious palace bedroom that she does not share with Charles. Clicking her heels will not get Diana back to Kansas, but escape is increasingly on her mind.

The plot is the gradual deterioration of this fragile mind over the course of the weekend and the process by which last-minute survival instincts kick into gear.

Lorraín and Knight condense Diana’s deteriorating relationship with the royal family into this weekend and express her growing paranoia subjectively, so that sometimes, we do not know any more than she does what the reality is. When Diana’s favourite house cleaner and confidante, Maggie (Sally Hawkins) is sent away, is it a conspiracy perpetrated by Charles (Jack Farthing)? And when Darren intimates that Maggie, far from being a friend, has been reporting Diana’s odd behaviour to the family like a spy, is he doing so as part of a conspiracy to undermine her confidence?

The condensation explains the intensity of Diana’s state of mind – a gradual process that reaches its apogee this weekend – and what sometimes seems like an exaggeration of the family’s stuffiness, insensitivity and cruelty. When the Queen (Stella Gonet), out with her Corgis, tells Diana in a haughty manner that the only currency she should be concerned about is her picture on money, it sounds hostile, but the filmmakers research includes sources close to the family.

That there are eyes everywhere is probably no exaggeration. When Diana wanders to the border of the neighbouring estate to glimpse the stately home where she was brought up, police stop her and notify Gregory. When she goes to open the thick drapes for a breath of fresh air, she discovers that they have been sewn up, so she is no longer a target for the paparazzi.

Guy Hendrix Dyas’s intricate production design turns the opulent palace into a prison. As the princess tries to have fun with young William (Jack Nielen) and Harry (Freddie Spry) – both young actors are terrific – she must also do battle with tradition – weighing the guests upon arrival and departure – and history in the form of the ghost of Anne Boleyn (Amy Manson) a distant relative. Her main challenge is control over her life and body, signalled by her bulimia nervosa and the startling image of Diana, in a designer strapless ball gown face down in her toilet bowl. The scarecrow lords over a gorgeous array of gowns and suits which are labelled for each period of the day, removing even the distraction of choosing what to wear.

As a further humiliation, Diana must wear Charles’ gift of a pearl necklace – the same that Diana has seen on Camilla Parker Bowles (Emma Darwall-Smith). While Kristen Stewart captures the essence of Diana’s vulnerability and hidden strength, another star is cinematographer Claire Mathon who won awards for 2019’s Portrait of a Lady on Fire, a film about a lonely aristocratic woman’s attempt to be herself in the face of an arranged marriage.