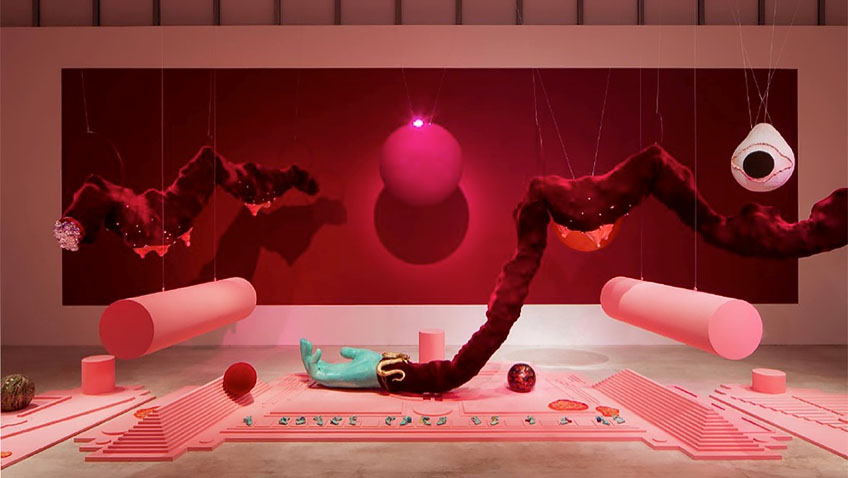 Out & About – around the UK

One of the world’s best-known prizes for the visual arts, the Turner Prize aims to promote public debate around new developments in contemporary British art.

Established in 1984, the Turner Prize is named after JMW Turner (1775-1851) and aims to encourage public interest in contemporary British art. It is awarded to a British artist for an outstanding exhibition or other presentation of their work in the past 12 months.

The four artists that have been shortlisted for the Turner Prize 2019 are: Lawrence Abu Hamdan for his exploration of sound as an architectural element and the way he recreates particular situations through sound and performance; Helen Cammock for the timely and urgent quality of her work which looks at the history and the role of women in the civil rights movement in Derry Londonderry; Oscar Murillo for the way he pushes the boundaries of materials in his work and his reflection on his own experience of displacement; and Tai Shani for the compelling nature of her project Dark Continent and particularly the work’s ability to combine historical texts with contemporary references and issues.

The winner will be announced in December at an award ceremony live on the BBC.

The biennial’s title this year is The Twin and it comprises a series of exhibitions, events and activities about relationships.

Coventry and Volgograd, Russia, were the first modern twin cities in the world and this year marks the 75th anniversary of that historic bond of friendship. Coventry now has 26 twins around the world and is known as a city that welcomes migrants and refugees.

The artists and groups exhibiting in The Twin all explore themes, ideas and processes which resonate through this international city, including translation, collaboration and togetherness while also exploring some of the difficulties presented by globalisation, political inequality and conflict.

Embedded in the wider Coventry Biennial 2019 programme are opportunities to speak to or eat with the artists, to learn a new skill, to warm yourself by a fire, to dance through the night or to ease yourself into the day with a yoga session. It is this spirit of care and friendship which marks this as the UK’s social biennial.

This exhibition, part of the UK-Japan Season of Culture, is the first ever of Taki Katei’s work outside Japan.

Born in Edo (today’s Tokyo) in 1830, Katei was one of the most successful artists of his generation and a master of the genre of bird-and-flower painting. In 1893, in recognition of his service to the imperial court, Katei was awarded the title “Imperial Household Artist”. He produced a large body of work in various formats, including hanging scrolls, albums, sliding doors, ceiling paintings and folding screens. Some of his designs were made into lacquerwares and metalwork.

This exhibition examines Katei’s unparalleled ability to represent nature, landscape and most commonly, close-up views of birds and flowers. The works on show demonstrate his skill and creativity, while also revealing how centuries-old Chinese culture shaped his artistic vision. Visitors are transported to the artist’s studio and given a first-hand exposé of how he created his paintings. Invoking a serene atmosphere through his natural depictions of foliage, mountains, and winding river valleys, the exhibition invites visitors to view an assortment of drawings and paintings on silk.

Central to the exhibition is a consideration of Katei’s teaching activities. Separated into five themes, the exhibition looks at the hidden meanings and the symbolism that were prevalent in his works, the techniques he used, and his practice towards perfection. At first glance, his works seem modest, yet on further examination the visual sophistication becomes apparent.

This is the first international retrospective on the iconic fashion designer Dame Mary Quant.

The exhibition explores the years between 1955 and 1975, when Quant revolutionised the high street, harnessing the youthful spirit of the 1960s and new mass production techniques to create a new look for women.

Quant personified the energy and fun of swinging London; and was a powerful role model for the working woman. Challenging conventions, she popularised the miniskirt, colourful tights, and tailored trousers – encouraging a new age of feminism. The mini skirt would go on to become an icon of the time and spark a new creative scene in London and beyond.

Receiving unprecedented access to Dame Mary Quant’s Archive, as well as drawing on the V&A’s extensive fashion holdings, which include the largest public collection of Quant garments in the world, the show brings together over 120 garments as well as accessories, cosmetics, sketches and photographs – the majority of which have never been on display before.

Following a call-out to the public to track down rare Quant garments from wardrobes around the country, 35 objects from 30 individuals were selected and are displayed alongside personal stories from the owners and 50 photographs of the women wearing their beloved Quant clothes. These objects include rare examples such as a very early and unlabelled blouse, a hat sold at Bazaar – Quant’s experimental shop on Chelsea’s King’s Road – and colourful PVC raincoats.

The show also explores some of Quant’s most memorable moments, from collecting her OBE to the evolution of her rising hemlines. It looks at her collaborations with manufacturers, diversifying into underwear, hosiery and cosmetics, all made to her designs, and packaged with her distinctive daisy logo. 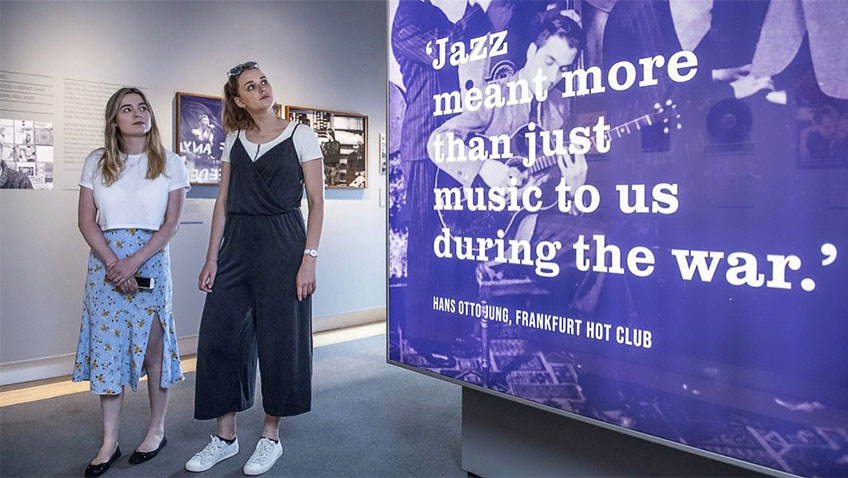 Culture Under ATTACK is a season of three exhibitions that explores how war threatens not just people’s lives, but also the very things that help make lives worth living.

Curated in partnership with Historic England, the exhibition What Remains explores why culture and heritage are attacked during war. The exhibition highlights both historic and contemporary instances where buildings, places, art and artefacts have been deliberately targeted by people who wish to exploit or even erase whole civilisations from history, as well as examples of resistance, protection and restoration.

Taking IWM’s own story as its starting point, Art in Exile uncovers how cultural treasures in British museums and galleries were evacuated and protected during the Second World War. Presenting that which was saved and referencing that which was not, the exhibition will examine the important wartime role of cultural organisations and the balance they struck between hiding, preserving and displaying collections.

Just as buildings and artworks are threatened during conflict, so too is music. Rebel Sounds is an immersive exhibition that reveals how groups and individuals used music to resist, rebel and speak out against war and oppression. Specifically drawing on examples from Nazi Germany in the 1930s, Northern Ireland in the 1970s, Serbia in the 1990s and present day Mali, the exhibition explores the significance of music in relation to cultural and personal identity.

Cut and Paste: 400 Years of Collage

This is the first survey exhibition of collage ever to take place anywhere in the world.

Part of this year’s Edinburgh Art Festival, this survey exhibition of collage spans 400 years and a multitude of practitioners, from children to punk artists, 16th-century anatomists to modern masters. Although the technique has been popular for centuries – the Victorians produced do-it-yourself kits, and a huge screen possibly part-made by Charles Dickens is one of the highlights – collage came into its own in the 20th century.

During the early half of the century it was taken up by Dadaists and Surrealists, as well as by artists including Pablo Picasso and Georges Braque. Works from this period include Picasso’s Bottle of Vieux Marc, Glass, Guitar and Newspaper (1913), Henri Matisse’s Le Clown (1947), and Eileen Agar’s Fish Circus (1939).

During the 1960s and 1970s, collage became a form of protest. On display are Carollee Schneemann’s, Linder’s and Hannah Wilke’s feminist works, Terry Gilliam’s creations for Monty Python, and the library books that sent playwright Joe Orton and his lover Kenneth Halliwell to prison for six months: they secretly doctored the covers in protest at the choice of reading material available at their local library.

The exhibition also explores how collage continues to play an important part in many artists’ practices right up to the present day.