Home / LIFESTYLE / REVIEWS > / THEATRE REVIEWS / Orson and Larry battle it out – who will win? 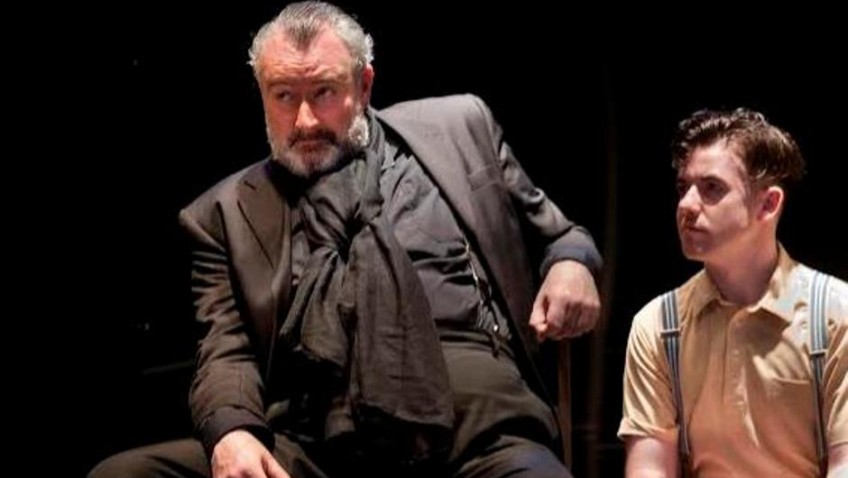 Orson and Larry battle it out – who will win?

Austin Pendleton’s Orson’s Shadow, which premiered in Chicago in 2000, is strictly for theatre buffs who have some idea who Orson Welles, Laurence Olivier, Vivien Leigh, Joan Plowright and Ken Tynan are.

In 1960 there was a production of Eugene Ionesco’s Rhinoceros, directed by Orson Welles at the Royal Court and starring Laurence Olivier in the title role. Everybody turned into rhinos except for one man.

The play had been a big success in Paris with Jean-Louis Barrault. It was not a success in London.

It was not a happy production. Olivier banned Welles from rehearsal but Welles’s name remained in all advertising.

Welles, always walking in the huge shadow of Citizen Kane, had just had a failure in Dublin with Chimes at Midnight, his stage adaptation of Shakespeare’s history plays, and he was looking for money to turn it into a film.

Olivier was steeling himself to make a break with his estranged and manic-depressive wife, Vivien Leigh, who was about to send off her bombshell telegram to the Press without telling Olivier: “Lady Olivier wishes to say that Sir Laurence has asked for a divorce in order to marry Miss Joan Plowright.”

Ken Tynan was the leading theatre critic of the day, writing for The Observer, smoking too much and already suffering from emphysema.

Orson’s Shadow, which is now getting its London premiere in an in-the-round production by Alice Hamilton, is fiction based on the above facts.

The clash of monstrous and self-destructive egos/rhinos battling against each other provides plenty of sparks.

The fact that the actors do not look and sound like the originals may worry some theatregoers; but it doesn’t really get in the way of the play’s waspish entertainment.

John Hodgkinson certainly cuts a Wellesian figure and his performance and Edward Bennett’s as Tynan are very persuasive.