Home / LIFESTYLE / The origins of the Christmas carol 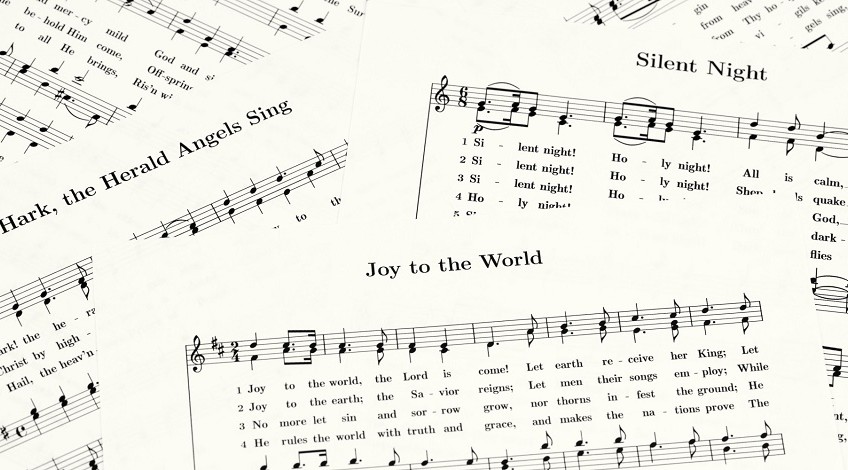 The origins of the Christmas carol

Carols were first sung in Europe thousands of years ago, but these were not Christmas carols. They were pagan songs, sung at the Winter Solstice celebrations as people danced round stone circles.

Early Christians took over the pagan solstice celebrations for Christmas and gave people Christian songs to sing instead of pagan ones. In AD 129, a Roman Bishop said that a song called “Angel’s Hymn” should be sung at a Christmas service in Rome.

When Oliver Cromwell and the Puritans came to power in England in 1647, the celebration of Christmas and singing carols was stopped. However, they survived as people still sang them in secret. Carols remained mainly unsung until Victorian times, when two men called William Sandys and Davis Gilbert collected lots of old Christmas music from villages in England.

The Holly and the Ivy

This traditional English traditional carol is curious for the prominence the title gives to two plants which have no place in the Christmas story. And indeed one of those plants – the ivy – is scarcely even mentioned in the lyrics of the song. Before Christianity, holly and ivy both had long established roles in pagan rituals, and particularly in winter solstice festivities, perhaps because their evergreen leaves had symbolised continuity.

The favourite carol was originally written in Latin text in the 12th Century. The author of the words and composer of the music of O Come, O Come Emmanuel is unknown. It is, however, believed that the melody was of French origin and added to the text a hundred years later. The Latin was translated into English 1851.

This is probably the most famous carol of all, and certainly the carol with the best known story surrounding its origins. That story however, has been much In 1816 Pastor Joseph Mohr wrote the words of ‘Stille Nacht’ as a poem in Austria.

In December 1914, ‘Silent Night’, already a popular carol, took on a new sentimental edge during the first Christmas truce of World War One. It was, it seems, one of the few carols which both English and German soldiers knew, so as the guns fell silent for an all too brief period, the strains of ‘Silent Night’ filled the air instead.

‘God Rest Ye Merry, Gentlemen’ is of uncertain origin. It is believed to be one of the most ancient carols, probably written more than 500 years ago, at a time when its exuberant tone did not go down well with church leaders who preferred more sombre devotional songs sung in Latin.

Indeed, one special claim to fame is that this song is the only one mentioned in Charles Dicken’s ‘A Christmas Carol’. It is – in effect – the Christmas carol of the title.

Evidence about the history of this very famous carol is unclear and conflicting, which makes it difficult to ascertain the truth. Dealing first with the lyrics, at various times the original words of the carol have been attributed to the Franciscan Order of monks and the 13th century Italian theologian Saint Bonaventure, and to various authors from the 14th to the 17th centuries.

John Francis Wade wrote down the lyrics of four verses of ‘O Come all ye Faithful’. He wrote in Latin, and the hymn was named for the opening words of the first verse – ‘Adeste Fideles’, and it was first published in ‘Cantus Diversi’ in 1751.

A belief has developed that ‘O Come all ye Faithful’ was in reality a coded show of support for the Catholic Jacobean cause in England, and that the song was imploring ‘the faithful’ to come to the aid of Prince Charles.

Once in Royal David’s City

A processional hymn, with a solo rendition of the first verse by a boy chorister traditionally opens a carol service. The lyrics of this carol were written by Miss Cecil Frances Humphreys who also wrote ‘There is a Green Hill Far Away’ and ‘All Things Bright and Beautiful’. In 1848 a compilation of her lyrics entitled ‘Hymns for Little Children’ was published, and included in this volume was ‘Once in Royal David’s City’.   This was set to music by Henry John Gauntlett to produce the famous carol we know today.

Do you enjoy singing carols at Christmas?  Which are your favourites?