Home / LIFESTYLE / REVIEWS > / FILM REVIEWS / One for the birds – and the money men cleaning up! 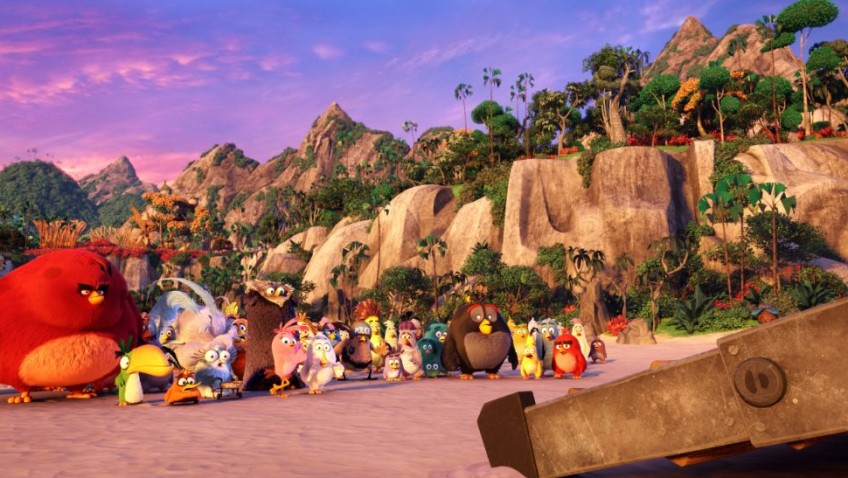 One for the birds – and the money men cleaning up!

If your children or grandchildren are hooked on the Finnish Angry Birds video game, or more probably, glued to the App on their smart phones, then this is the movie for you – or rather, for them.  Never mind that the plot is threadbare and ridiculous:  the popularity of the game sent the smell of money all over the world, and now you can see the feature film version of the game, directed by  Fergal Reilly and Clay Kaytis, at your local cinema.

In the game, cute little stylised birds that cannot fly are set in a slingshot and aimed at pigs positioned in various structures. Knock off a pig, and you score. The more you play, the more versatile are the birds that become available. Not Pulitzer Prize material, then, but so colourful and silly that the first thirty minutes are mindlessly enjoyable.  The last hour might prove much more of a challenge. The story is told in flashback form by Red (Jason Sudeikis) a red, flightless bird with big eyebrows and big eyes.  He lives on a beautiful island and works as a clown entertaining new born chicks. Red loses his temper in front of a demanding customer and the customer complains.   Judge Peckinpah (Keegan-Michael Key), who has to stand on another bird (Tony Hale) to look imposing, sends Red to anger management classes, taught by reformed angry bird named Matilda (Maya Rudolph). Red is not easily reformed, however, and he fails to make friends.

While character development is not the main feature of the game, an invasion of a boatload of canny pigs gives Red a healthy outlet for his anger and a sense of purpose and camaraderie.   The first two pigs to arrive on the island are Leonard (Bill Hader) and the diminutive Ross (Tony Hale again).  Whilst their boat crashes into Red’s house, the pigs come in peace and are ready to party with the fun loving birds. As part of the festivities, the pigs set up a slingshot and choose Red to launch first. He lands to the beach and is not amused.  He becomes suspicious of the pigs and enlists the help of Chuck (Josh Gad) and Bomb (Danny McBride) to sneak onto the moored boat.  There, they discover something fishy.  Crammed into every crevice of the boat is an army of pigs.

The remainder of the film is a battle between the pigs and the birds with, of course, lots of slingshot activity.  A long and repetitive the distraction involves the three birds’ search for the Mighty Eagle (Peter Dinklage) who, they reason, will surely save the day.  What they find however, is disillusionment, the first step toward self-empowerment.  Red becomes friends with Chuck and Bomb and earns the respect of the whole bird community.

The score is an eclectic mix of styles and songs, the two most familiar being Never Gonna Let You Down and I Will Survive.  Whether or not you survive might depend on the beverage service at your cinema.