Home / NEWS / CAMPAIGNS / Over half of people fear dementia diagnosis, 62% think it means “life is over” 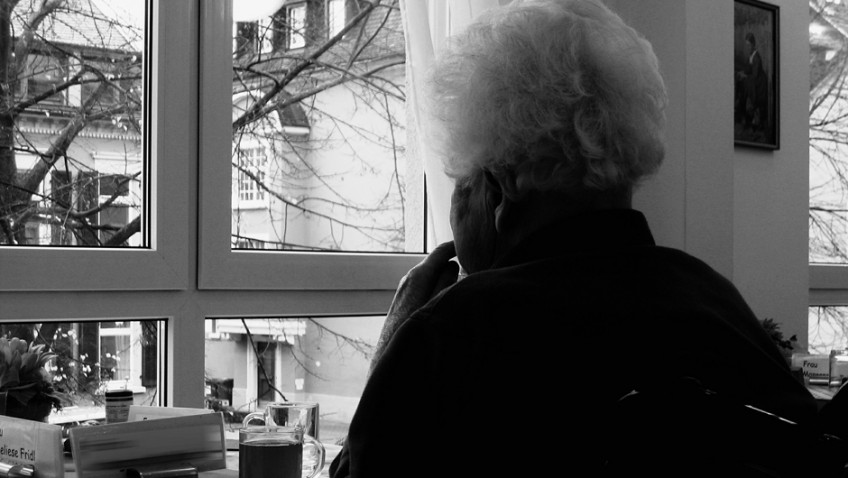 Over half of people fear dementia diagnosis, 62% think it means “life is over”

Over half (56%) of people are putting off seeking a dementia diagnosis for up to a year or more, a study carried out by Alzheimer’s Society has found. Dementia is the most feared health condition in the UK, perhaps explaining also why almost two-thirds of people surveyed (62%) felt a diagnosis would mean their life was over

The study launches Dementia Awareness Week 2016, 15-21 May, as Alzheimer’s Society calls on people to confront dementia head on, be aware that they can do something about it and come to the charity for help and support.

225,000 people will develop dementia this year – that’s one person every three minutes. The leading dementia charity is warning that a lack of diagnosis is denying many of these people the chance of getting the best possible treatment, information and/or support – evidence shows the earlier on you receive these, the better your chance of living well for longer. It also means that thousands of people are not being enabled to plan for the future while they still have capacity to make important decisions.

The YouGov research also reveals that there are still many worrying myths that exist about dementia, which might put people off seeking a diagnosis – almost 1 in 4 (24%) thought that people who received a dementia diagnosis would instantly have to stop going out for a walk on their own and almost half (45%) thought they would have to immediately stop driving a car. 58% thought they would personally struggle to join in conversations post-diagnosis and 49% worried people would think they were ‘mad’

Other common myths revealed in the research include that over half (58%) of people think a dementia diagnosis means no longer enjoying the things they used to, 22% of people fear they would lose their partner or friends, and over 1 in 3 (37%) say they would put off seeking medical attention from a GP about memory problems because they think dementia is just “a part of the ageing process”. 68% think they would no longer be the same person if they were to be diagnosed with dementia.

The charity also found that almost two thirds (64%) didn’t think that they could seek help and support from a charity when they, or a person close to them, develops dementia. This Dementia Awareness Week, Alzheimer’s Society is tackling the many myths and misunderstandings about dementia, to show people that life doesn’t end when dementia begins, support is out there and it is possible to live life well beyond a dementia diagnosis.

Jeremy Hughes, Chief Executive of Alzheimer’s Society, said: “Too many people are in the dark about dementia – many feel that a dementia diagnosis means someone is immediately incapable of living a normal life, while myths and misunderstandings continue to contribute to the stigma and isolation that many people will feel. This Dementia Awareness Week, we want to reassure people that life doesn’t end when dementia begins.

“We know that dementia is the most feared health condition of our time and there’s no question that it can have a profound and devastating impact on people, their family and friends – but getting a timely diagnosis will enable people with dementia to live as well as possible.

“We want everyone to know that Alzheimer’s Society is here for anyone affected by the condition and there are lots of ways we can help you. It’s time for everyone to confront dementia head on.”

Joy Watson, 57, was diagnosed with early onset dementia in 2014 after six years of being unsure about what her symptoms meant and being told that she was suffering from depression. She describes her diagnosis as a relief:

“When my GP finally told me I had Alzheimer’s, after six years of battling with symptoms and not knowing what the cause was, I felt huge relief. For so long, I didn’t know or understand what was wrong. All I needed was a diagnosis to be able to move forward with my life – and now I can. Through fantastic support from Alzheimer’s Society I’ve found a new lease of life through my role as a Dementia Friend. I’m proof that a dementia diagnosis is nothing to be afraid of.”

Comedian Rhod Gilbert explains why he is supporting Alzheimer’s Society’s Dementia Awareness Week: “A dementia diagnosis can be daunting – but the only way to make sure that life doesn’t have to end when dementia begins is by confronting your worries and seeking help.

“I know from personal experience that dementia can be really tough to deal with but I also know it’s vital people worried about the condition go to charities like Alzheimer’s Society for help and support. This way we can all tackle dementia together.”

Whether it’s attending a Dementia Friends session to join the biggest ever social action movement to change perceptions of dementia, afternoon tea at your local Dementia Café, visiting a local pop-up providing information or going to a seminar on living well with dementia, there are plenty of ways you can get involved this Dementia Awareness Week. To find your nearest event or for more information visit alzheimers.org.uk/DAW