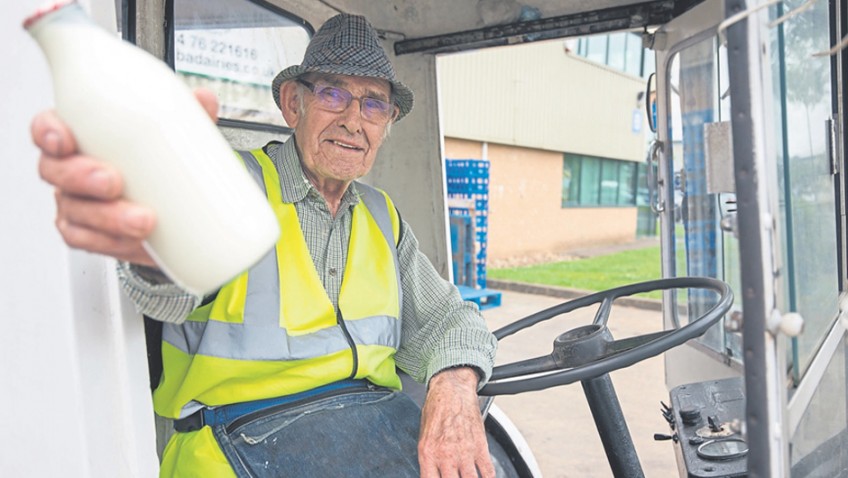 Oldest milkman in the West (Midlands)

Sprightly Derek Arch began the job as a favour for his father in 1943 when he had to clamber through the rubble of a city flattened by German bombers.

But 73 years later he is still going strong and delivers to more than 300 homes in Coventry, West Mids.

Derek, who works for the family business D Arch & Son, gets up at 2.30am every day to get the milk to his customers before they have breakfast.

The hard-working pensioner still drives the same 1950s milk float he has owned for 30 years which has a top speed of 15mph – if it’s going downhill.

Last month, Derek, who lives with his wife Betty, 86, in Coventry, vowed to carry on for another decade.

He said: “It’s definitely not the same as it was 70 years ago.

“Back then I was on my push bike with a jug of milk on each arm and we just opened the doors and walked in and said hello. We put the milk in the jug and just walked away.”

Derek says the industry has changed dramatically since he started and is disappointed the days of milk in bottles, which used to cost two old pennies, are over.

He added: “What people don’t tell you is glass bottles are the most environmentally friendly as you can wash and re-use them time and time again.