Home / LIFESTYLE / REVIEWS > / And now for something completely different 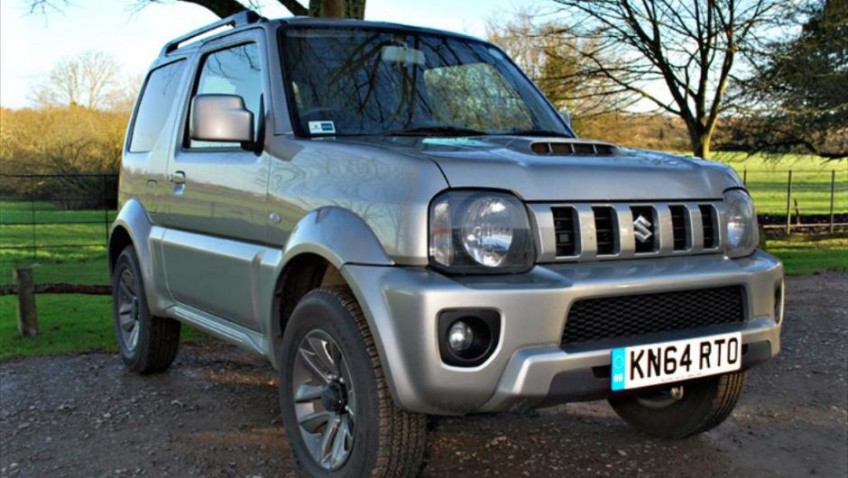 And now for something completely different

The Suzuki Jimny is always going to be a niche car. Like a well known tar-like spread made from yeast extract, you either love it or hate it. In its present form it has been around since 1998 so somebody buys it although you wouldn’t think so if you read a few of the professional reviews. Dig a little deeper though and look at owner reviews – they are the important ones and they tell a different story entirely. Some reviewers have said that this diminutive car falls way behind the standards set by rival SUV’s and that is, by and large, true; the trouble is they are not comparing like with like. Most of the opposition cost many thousands of pounds more – you can buy a basic Jimny for under twelve grand and a fully featured one – as far as that goes – for £13295.

DriveWrite tested a SZ4 model with a five speed manual gearbox, synthetic leather seats, air-con and a smart set of alloys. The 1.3L petrol engine (85PS – 81lb/ft of torque) – the only one available – is definitely not fast but it is willing. There is an automatic version available too but why you would want this on a car whose natural home is off-road I don’t know. The manual is better on economy, performance and emissions, the latter being a slightly disappointing 162g/km.

The real plus point is the simple to operate four-wheel drive system. 4×4’s certainly have an advantage when it comes to the need for bad weather traction but for most of the year it isn’t really necessary. The Jimny will run happily on 2WD but the press of a big conveniently placed button engages the other two wheels without fuss. There is even a low-range option for the hardier off-road adventurers. Yes, the inside is a bit cramped, especially in the back, but it is no worse than a two-door city car in that respect. Kids will be fine and adults will manage. In fact, the Jimny is a great choice for empty nesters who like to go off the beaten track. I found the seats surprisingly comfortable although there is only a limited amount of fore and aft movement for the long of leg. Not a big deal though. As you would expect at this price point the Spartan interior is short on the latest gadgets but frankly I found it refreshing not to have all that all-singing, all-dancing technology to think about. No navigation (you can buy your own for under a hundred pounds anyway); even Bluetooth is an option.

On the road, the willing engine is noisy but not overtly so and it soon became part of the background. The 0-62 time of 14.1 seconds (for the manual) doesn’t look that great but once on the go performance is perfectly acceptable. Top speed is an irrelevant 87mph but the car will stay with the pack on a motorway and cruise all day at 65/70. Suzuki say that 47mpg is possible but if you are to get any pleasure out of the drive then expect 35/40mpg to be more realistic. The Jimny is versatile too. The big rear door swings open easily to reveal a city car-sized boot which is fine for shopping or a weekend’s luggage and the like. The back seats fold down easily to make room for the occasional refrigerator that needs shifting. Usefully sized storage spaces are provided but if you want towing aids then you have to reach for the options catalogue which has about fifty items to bling up the motor or add useful stuff like roof rails.

I think it is very important to look at this car for what it is. It is not plush and it cannot communicate with the world but in bad conditions you’ll be glad to be in it. It is well known that Suzuki has got this 4×4 business sorted and we know that their vehicles are reliable. Economy might not be of the first division but conversely it’s worth noting that Suzuki servicing is well priced.

The Jimny is rugged, compact and brilliant off-road. It’s like owning your very own mountain goat as faithful companion. For rural living, country outings and our wintry weather it would be hard to beat.

At the top I mentioned owners reviews. These are the people who, unlike reviewers, actually live with their cars day to day. The average score is four out of five stars because owners generally love the Jimny, as do I.

For this reason on the DriveWrite scale it gets eight of ten stars. Yes, it is niche. It is hardcore. It is a lone wolf that won’t be part of the pack and should be though of as such. Just call me Marmite man.