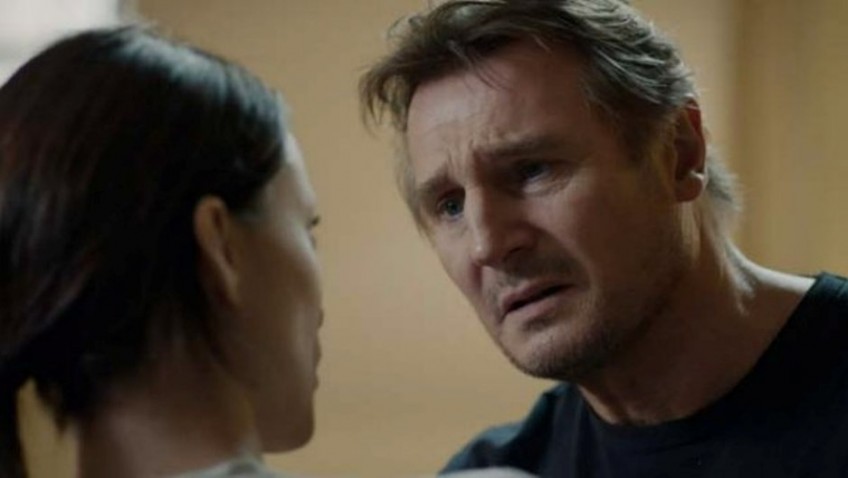 Nothing is what it seems in Third Person

The two films that Haggis wrote and directed since then have not fared as well, and so Haggis is back with the overbearing intertwining story technique and moralising of Crash, seasoned with a heavy sprinkling of guilt.

Liam Neeson, now 62, plays Haggis’s alter ego, Michael, a Pulitzer Prize winning novelist whose last couple of books haven’t fared well either. He’s holed up in an expensive Parisian hotel room trying to write a multi-stranded novel about trust, suspiciously similar in structure to the film we are watching.

His publisher (who happens to be in Paris for a book fair!) rejects the first draft, but is ecstatic about the honest rewrite. Viewers are unlikely to share that verdict on Haggis’ Third Person.

Michael is joined in at the hotel by his lover, Anna (Olivia Wilde), who checks into a separate room.  Discretion is on order as Anna is a celebrity columnist and Michael has just left his wife (Kim Basinger) in the wake of a tragedy involving their son.

He and Anna engage in love games that keep their affair fresh – and keep the hotel staff and the audience entertained.   But Anna has an ugly secret and Michael, who is old enough to be her father, and who knows the secret, is probably not what the doctor ordered.

In New York, self-destructive, vulnerable Julia (Mila Kunis) takes a job as a maid in a hotel after her wealthy artist husband (James Franco) charges her with gross negligence following an accident involving their son.

Julia is fighting for shared custody with the help of Theresa (Maria Bello), a lawyer who is fed up with Julia’s self-pitying excuses. Theresa, we later learn, gets enough of that from her estranged husband Scott, whose guilt, over an unspecified tragedy with their daughter, cannot be contained.

Meanwhile, in Rome, Scott, who steals Italian style designs for a living, but cannot speak one word of Italian, is captivated by an exotic gipsy (Haggis regular Moran Atias) he meets at a bar.   She claims she needs $5,000 to get her 8-year-old daughter into Rome.

When Scott agrees to help the woman, the handsome gangster she is dealing with raises the price.  Scott, clearly smitten and thinking of his own daughter, liquidates his life’s savings in what we, and he, suspects is a scam.

While Haggis keeps these three melodramatic stories separate enough, there are plenty of clues, starting with the film’s title, to tell us that nothing is what it seems. While cleaning a room in the New York hotel where she is working to prove her reliability and employability for the court, Julia writes down the address of a custody meeting, and then, distracted, leaves the paper on the desk. Later, Anna grabs that very same paper from Michael’s desk and later still, Julia finds it in Anna’s Paris hotel room.

Haggis is not hiding his literary/cinematic conceit although many viewers will miss it. Early in the film, Michael tells Anna that his new book is ‘about a man who can only feel through the characters he creates.’  If that is Haggis’s idea of a confession it backfires. For all the tears over the loss of a child, and the devastating guilt and accusations that tear the parents apart, the film might well leave you cold.   Haggis and Michael are too busy navel gazing to see the bigger picture: that their masterpieces are text book examples of style over substance.

The talented cast give it their all (everyone sheds tears for the camera in this film) and try so hard that we find ourselves engrossed in their stories – up to a point.  The biggest casualty is Olivia Wilde, an actress who has never stopped working since her career began at age 20 in 2004.

It was her starring role in last year’s Drinking Buddies, a small, independent film that she executive- produced, which really showcased her potential.  This Irish/American actress, who took her stage name from Oscar Wilde, is unlikely to find an Oscar nomination in scripts like Cowboys and Aliens or this one.