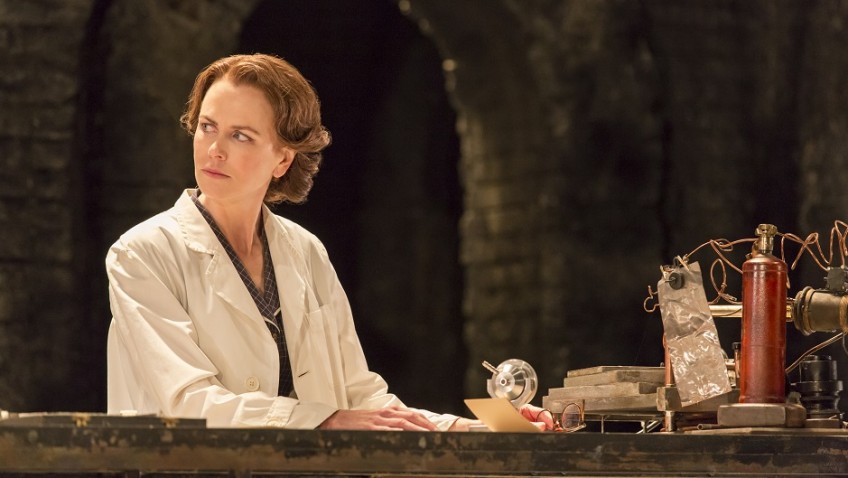 Nicole Kidman, back on the London stage, discovers the secret of life.

Kidman returns to play something more serious: a portrait of Rosalind Franklin (1920-1958), the woman who cracked DNA.

Anna Ziegler’s play is a tribute to the English chemist and crystallographer and the title, Photograph 51, refers to the single X-ray diffraction of DNA Franklin took and in which it was possible to identify the double helix.

Franklin didn’t get the full credit she deserved and James Watson, Francis Crick and Maurice Wilkins carried off the Nobel Prize in 1962.  By then she had been dead four years, having died of ovarian cancer. She was only 37.

Franklin, always convinced that she was right, was not, to put it mildly, an easy person to work with. She was her own worst enemy. Her froideur kept everybody at a distance and led to clashes when people trespassed on her territory. Her only close friend was an American admirer (Patrick Kennedy).

Maurice Wilkins (Stephen Campbell Moore) with whom she was meant to work on equal terms at King’s College, had to put up with a lot.

Ziegler suggests that if only they had both seen John Gielgud and Diana Wynyard in Peter Brook’s production of The Winter’s Tale at the Phoenix Theatre in 1951, their relationship might have been so different.

Michael Grandage’s clever production shows a firm grasp of the material. The supporting actors are well-chosen and the designer, Christopher Oram, has provided an arresting setting, a bombed-out, burned-out King’s College and the rubble still not removed.