Home / NEWS / CAMPAIGNS / Get a high from hitting the notes 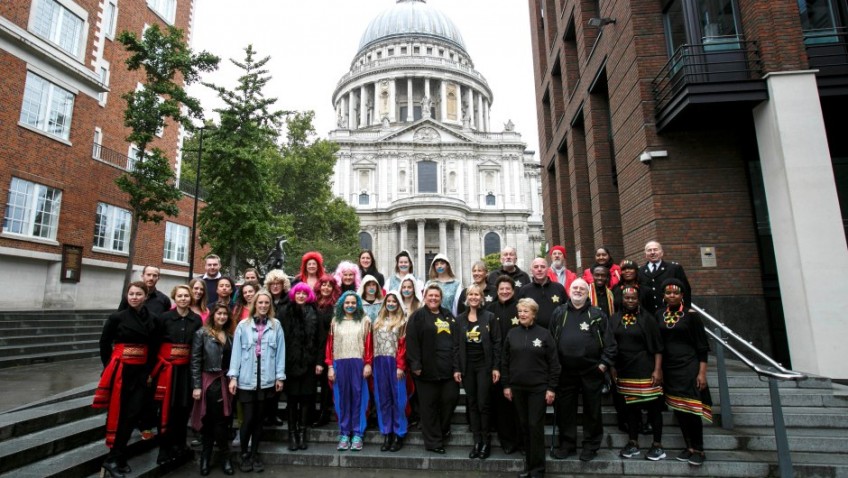 Get a high from hitting the notes

Britain is alive with the sound of music, as new research shows 2.8 million of us are now part of a choir or singing group.

The research, from older people’s charity Royal Voluntary Service, marks the launch of Sing Your Heart Out, a national campaign encouraging choirs to raise money for the charity through their love of singing and raise awareness of the benefits to mental and physical wellbeing.

Over half the population admit to enjoying singing (58%), with 41 per cent of us having been in a choir at some point. Over 2.8 million Brits are currently in a choir or singing group around the UK, with London being the most musical city as 13 per cent of the Capital’s residents get together to sing. One in five of those in a choir joined in the last two years and there are an additional 780,000 Brits who have become a member of choir or singing group compared to five years ago.

Over the past five years there has also been an increase in the vareity of choir and the types of music people enjoy singing, with a rise in the number of people taking part in contemporary choirs, community choirs, world music choirs, gospel and informal singing groups.

To celebrate and to launch Sing Your Heart Out, Royal Voluntary Service will bring together Britain’s most eclectic choir – including rockers, Russian singers, African gospel singers and even a few members of the Metropolitan Police. Merging a variety styles of music and choristers, the group will sing out as they tour the Capital hitting the high notes from an open top bus. They will perform a special rendition of ‘Your love keeps lifting me higher’ to bring a smile to commuters’ faces and reinforce the joy of singing. 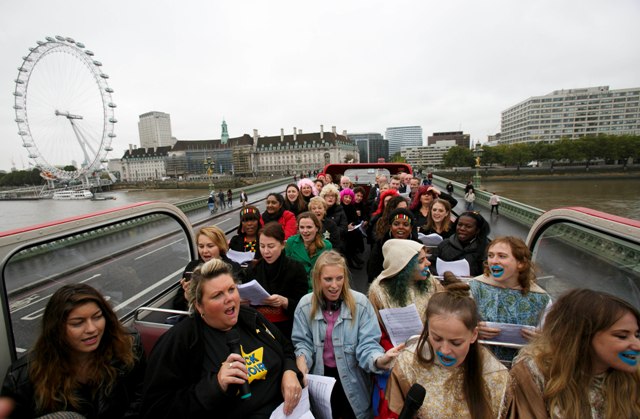 Music and singing can also be a powerful force in helping older people in many different ways. Over two fifths of respondents aged 75+ (44%) stated that music helps them remember special moments and for 53 per cent it lifts their mood and cheers them up. For those in a choir, 37 per cent of those surveyed aged 75+ per cent responded that it keeps their mind active and can even help with memory as 27 per cent of those aged 75+ reported.

Studies have demonstrated its power in helping those with dementia, such as stimulating and even unlocking people who may be removed from the present through their illness, and singing can also help to recall memories and emotions and enhance mental performance.

The communal aspects of singing and being part of a choir are also important, as over half (51%) of people enjoy being in a choir as it makes them feel part of something, rising to 63 per cent of those aged 75+.

People accredit their inspiration to sing to a love of music (63%) as well as TV shows like the X Factor and The Voice (18%). Not only do we enjoy performing in public, as 43 per cent of Brits state they do, but also love singing in more domestic settings. The top three locations are in the shower or bathroom (36%), while driving (33%) and while cooking (31%).

John Pearson, Chief Operating Officer, Royal Voluntary Service said: “Working with choirs and celebrating the power of singing was a natural choice for this campaign. Music and singing can have such a great impact on the life of an older person. We’ve seen this first hand through the work of our volunteers and how it can be a powerful tool when dealing with dementia, as well as simply lifting spirits.

“We’re asking choirs to sing their hearts out and do it with pride for Royal Voluntary Service to help us reach out to older people who are in need of support. Every penny raised will help older people to live independent and fulfilled lives.”

Caroline Redman Lusher, Founder and Director of Rock Choir, which has more than 17,000 members nationwide, said: “We’re very excited to support Royal Voluntary Service. Rock Choir is currently based in over 250 communities across the country – and teaming up with such a special organisation allows us to do our best and ‘sing our hearts out’  for the vulnerable older people that they take care of. Rock Choir is available to anyone who loves music or simply wants to sing. There’s no audition and no need to read music.

“We create a multi-layered feel-good experience that extends to lives outside the rehearsals and creates life-changing moments and experiences. It’s a safe and fun environment that supports individuals and communities UK-wide. Friendship and community spirit is an important part of what we do.”

Every month, Royal Voluntary Service helps 100,000 vulnerable and isolated older people to stay independent in their homes. To help reach these people, find out more information or to register your choir, go to www.singyourheartout.org.uk.