Home / LIFESTYLE / Rocking out with my friends 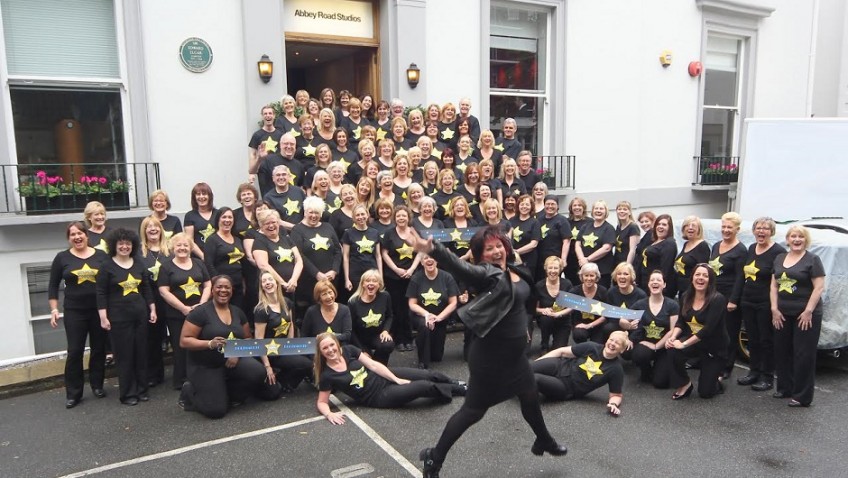 Rocking out with my friends

Rock Choir is the UK’s largest and most popular contemporary choir, with in excess of 24,000 members in over 320 local communities nationwide.  It offers adults and teenagers the chance to sing and perform popular contemporary songs, with no auditions and no requirements to read music or have any previous singing experience. Rock Choir is for anyone who just loves to sing!

Rock Choir offers an alternative experience to the traditional classical or community choir, pioneering a new approach to vocal training and entertainment. We offer the general public the chance to sing pop, rock and chart songs with no entry audition, no requirements to read music or have any previous singing experience.

It’s uplifting ethos of fun, friendship and community spirit is a huge part of its attraction. At an individual level, it helps improve people’s self-confidence, enables them to develop new singing skills, and enjoy a dynamic new social life. Singing together and achieving such a great sound gives members a huge sense of fulfilment. Added to this is the glamour and excitement of performing in public, which for many is a truly liberating experience. Rock Choir was started in Farnham, Surrey in 2005 by musician and singer, Caroline Redman Lusher, pioneering the contemporary choir movement in the UK. Caroline planned the very first Rock Choir rehearsal at a coffee shop in Farnham, Surrey. After pounding the pavements putting up flyers, she put out 40 chairs and hoped for the best. As Caroline and her parents greeted the new Members, they quickly realised that they would need 70 chairs to accommodate the numbers flowing through the door!

The choir’s popularity is phenomenal and its achievements are extraordinary. It has released two top twenty albums and performed en-masse at the 02 Arena, London, The Liverpool Echo Arena, Wembley Arena, Hammersmith Apollo, NEC and the Royal Albert Hall.  In 2011 Rock Choir was the subject of popular 3-part ITV1 documentary ‘The Choir That Rocks’, and has made numerous other TV appearances, including BBC Breakfast, The One Show, Good Morning Britain, The Paul O’Grady Show and The Alan Titchmarsh Show.

Since its very beginning, Rock Choir has helped raise millions of pounds for local and National charities. In March 2012, thousands of Rock Choir members across the UK raised thousands of pounds by carrying out a series of Flash mobs and performances in aid of Sport Relief. In 2012 8,000 members and their families and friends gave a synchronised UK-wide performance of the Bryan Adams hit ‘When You’re Gone’ winning its 3rd Guinness World Record ‘The Largest Song and Dance Routine held at Multiple Locations’. The event raised thousands of pounds for Refuge. In 2013, Rock Choir held a similar National event this time for Comic Relief where each choir ‘dared’ a local celebrity to sing solo with the choir. Hundreds of celebrities and local VIPs accepted the challenge and over £30,000 was raised.