Home / LIFESTYLE / REVIEWS > / FILM REVIEWS / Ultimately triumphing over its clichés, this moving story youth crime will draw you in 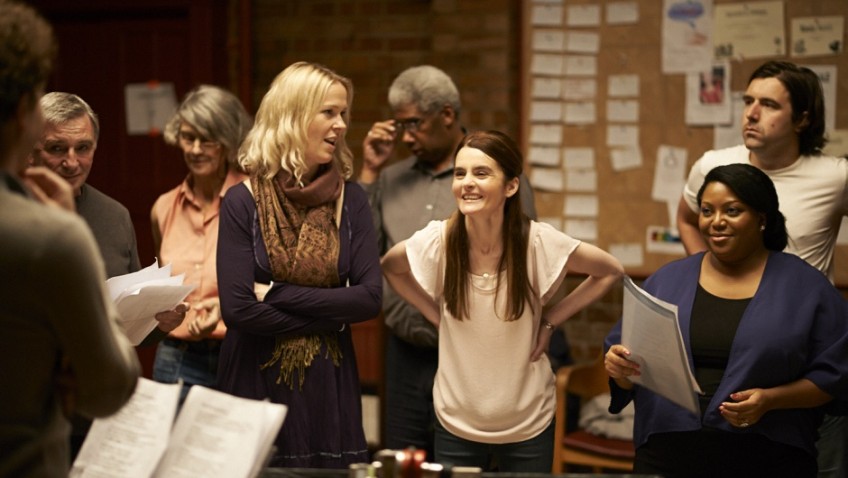 Ultimately triumphing over its clichés, this moving story youth crime will draw you in

Fifteen minutes into Urban Hymn, a low-budget, troubled-teens-in-care film, and I was still not sure it would rise above the stereotypes and maudlin subject matter. The signs were not promising. The scriptwriter, Nick Moorcroft, who wrote the easily forgettable Burke & Hare and the ‘popular’ but painful St Trinions, would surely struggle to portray out-of-control girls seriously or sensitively. But if Scottish director Michael Caton-Jones is best known for Memphis Belle and Rob Roy, he garnered praise for This Boys’ Life a moving, biographical portrait of an abused boy. Fortunately, Urban Hymn the story of two girls in the care system and the grieving mother who tries to save them definitely grows on you.

The prologue is set during the 2011 London riots when Jamie Harrison (Letitia Wright), an attractive black teenager, and Leanne Dixon (Isabella Laughland) are high on looting and whatever substances are on offer. Both girls suffer from Destructive Detachment Disorder, and channel their own abuse and neglect into self-destructive behavior and destroying the lives of ordinary, hard working people. The next time we see the girls they are in a care home, or sneaking out of it for some nightlife. While Jamie sings to the music, Leanne goes off for sex with the boy she believes cares about her.

Kate Linton (Shirley Henderson) lives with her husband David (Steven Mackintosh) in a large, comfortable house with a big garden in Richmond, but they are not the happy socialites you might expect. Both are grieving from the death of their son, and the ways in which each channels the grief risks driving a wedge between them. Kate has given up her job to work at Abby House, a depressing, Council-run care home where the rewards are few and the risks (including assault and middle-of-the-night calls from police stations) are many. Ian Hart plays the cynical head of the care home who does not believe Kate has what it takes for the job, and questions her methods when it comes to Jamie. The inseparable friends Jamie and Leanne do indeed challenge and torment Kate, but she stoically perseveres until she finds a way to reach through Jamie’s protective armor. 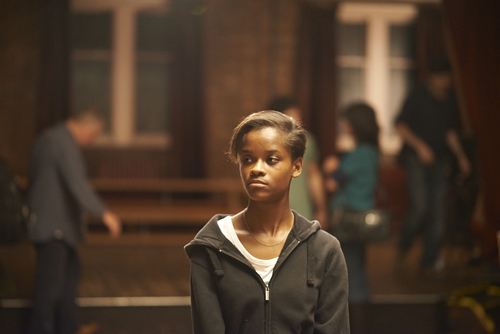 Kate sings in a choir, and when she invites Jamie along to listen, it is the first step in connecting to the young woman. The second important step, which introduces a bit of contrivance, is Kate’s confession that she understands Jamie’s grief over her late mother, as she has lost a son. We later learn that her son was murdered by thugs in an unprovoked, random attack, and that Kate is still inconsolable.

When Jamie auditions for the choir and is accepted, it is the first time she has been accepted into any worthwhile group. She is required to show up sober and on time every week, another first for the girl. Gradually, a scholarship at a prestigious music college and even the offer of a record deal secure Jamie’s commitment to a different life. Psychologically damaged Leanne can only measure Jamie’s success in personal terms, as a betrayal of their friendship and manipulates Jamie so that the two end up back behind bars with a 12 month sentence.

There, Jamie is visited by Billy Bragg (playing himself) whose Jail Guitar Doors charity provides guitars and instruction for interested inmates. The guitar becomes Jamie’s salvation and when a gang of hardened girls steal the guitar, it is Leanne who forcefully retrieves it and returns it to Jamie. But this is not enough to save their friendship. When Jamie leaves prison (Kate is waiting for her) and finds her career, and a flat of her own, are still on track, Leanne’s fear of losing her only friend turns to fury.

A plot in which a mother whose young son was the victim of a random teenage assault devotes her life to helping such thugs go down another road might sound too contrived, but in fact, in Urban Hymn it seems natural and Henderson ensures that we understand and believe in Kate’s motives. Regularly we read in the papers about another senselessly murdered teenager and occasionally we read of a bereaved parent setting up a charity to ensure their child has not died in vain.

If the well-researched psychological and procedural angles are nearly accurate enough to classify the film as a docu-drama, the weak point is Jamie’s singing. While Wright and Laughland give excellent performances (Laughland’s performance is remarkable), Wright would not have make it past the X-Factor judges. This is important as Jamie’s low self-esteem causes her to believe that she has been admitted into the choir because of Kate and not on her own merit. Though hardly the intention of the filmmakers, Jamie’s unimpressive audition leads us to the same conclusion.