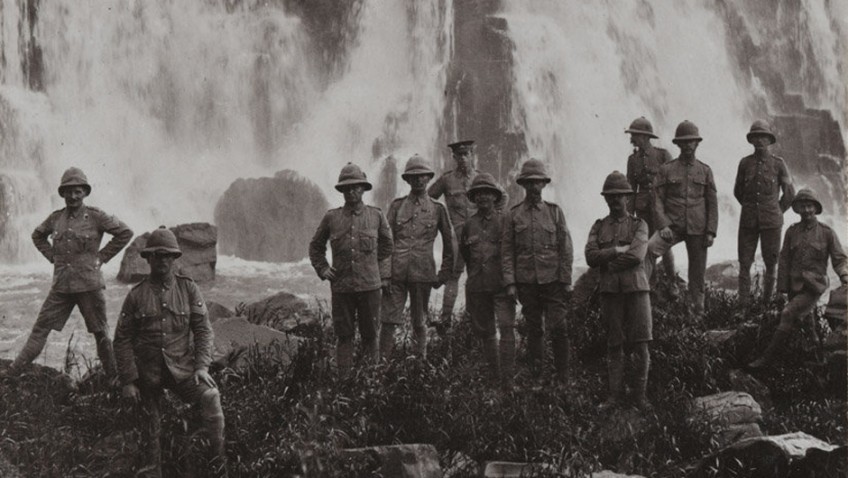 The astonishing personal diaries of a soldier from the Great War revealing Britain’s first experience of jungle warfare 100 years ago have been published online.

The National Army Museum has published for the first time the private diaries that describe one of World War One’s “forgotten” campaigns in the jungles of West Africa.

In his ‘brutally honest’ narrative, Stooks recalls how the Allies battled to victory despite the challenging jungle landscape and cruel climate.

But it took a long, drawn-out campaign in a part of the world that most British forces had not ventured to before, and the diaries reveal how drastically different it was to life in the trenches. 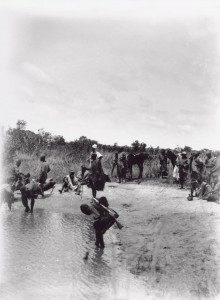 Stooks desrbied trekking through the jungle in search of enemy encampments as like “looking for the proverbial needle.”

He said: “It is still more disquieting when there may be a selection of armed Huns round the next corner with a machine gun nicely covering the path.”

A German ambush in October 1915 near the village of Fongwini, in modern day Cameroon, showed just how challenging the jungle was for the British forces.

Stooks, who was born at Longbridge Deverill, Wiltshire, explained how the German forces would disappear into the undergrowth quickly after such ambushes:

He wrote: “The means by which this disappearing trick was executed was discovered later on.

“The Huns had beaten down lanes through the grass along which their various parties could retire without showing themselves.”

Describing the alien conditions, Stooks said: “It has been raining for weeks and every bit of ground is either marsh or a roaring torrent, when it is not actually raining a thick mist hangs over the place.

“The heat reduces the white man to the consistency of a bit of chewed string and the mosquitoes make high carnival.”

But it was the jigger flea that really caused problems, as he wrote: “The trouble later when the place begins to dry up will be the jigger flea which attacks one’s feet, and having burrowed into the flesh proceeds to lay eggs.”

Such was the problem, that feet inspections became a part of the daily routine.

In December 1917 Stooks’ regiment, the 5th Light Infantry, briefly moved to Somaliland, before returning to India in January 1918.

The regiment was disbanded in 1922 as part of the restructuring of the Indian Army.

Stooks retired with the rank of Lieutenant Colonel, dying at the age of 78 in May 1953 at Bromhams in Yateley, Hants.

Dr. Peter Johnston, of the National Army Museum, said: “Stooks’ diaries provide a rare and unique insight into what it was like for a soldier to venture into an unfamiliar and dangerous land.

“He reminds us how thousands of First World War soldiers felt particularly vulnerable, not only to the enemy who knew the land, but also to the harsh climate that caused so many problems.”

Such personal accounts are being unveiled each month in the Soldiers’ Stories series – 100 years from the time that they describe.

Stooks’ diaries can be read on the National Army Museum’s online portal, First World War in Focus, as part of the Soldiers’ Stories series.