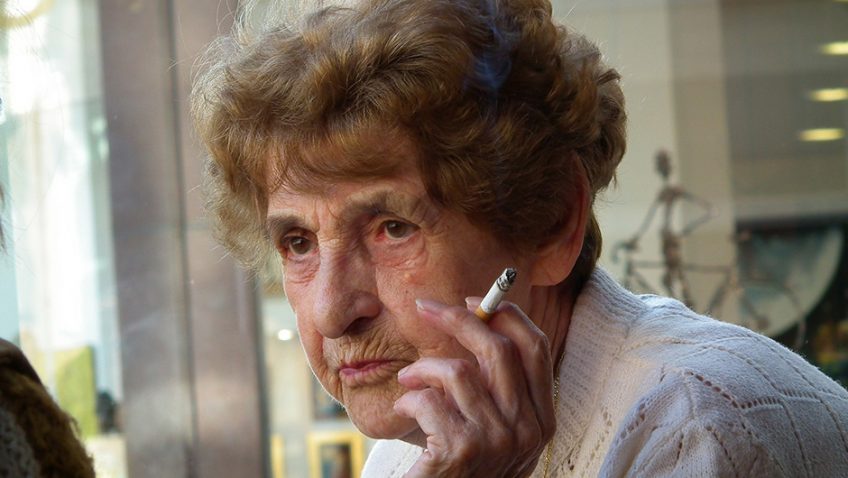 Post menopausal women who smoke or have smoked in the past may have an increased risk of breast cancer compared with women who have never smoked according to a new study published in the British Journal of Cancer.

Researchers from the U.S. National Cancer Institute in Bethesda, Maryland found that post-menopausal women who reported they smoke were 19 per cent more likely to develop breast cancer compared with women who never smoked.

And those who said they were former smokers were seven per cent more likely to be diagnosed with the disease than women who had never smoked.

These results held true even after accounting for alcohol consumption, which is known to increase the risk of breast cancer, and is more common among smokers.

The researchers asked around 186,000 American women aged between 50 and 71 in the mid-1990s about their smoking and alcohol use, and their medical and reproductive history. They then tracked these women for around 10 years. Of these around 7,500 developed breast cancer in that time.

Sarah Nyante, one of the study authors said: “Our study adds to a growing body of evidence that suggests an association between cigarette smoking and increased breast cancer risk.

Previous studies have investigated this relationship, but questions remained regarding the extent to which other breast cancer risk factors, such as alcohol intake, might influence the results. More work is now needed to understand the mechanisms behind the link between smoking and breast cancer in post menopausal women.”

Lifestyle factors such as being overweight, drinking alcohol and not keeping physically active can all increase the risk of breast cancer among this group – but the role of smoking is more difficult to explain.

We do know that smoking is the biggest preventable causes of cancer worldwide. It is estimated that one in two regular cigarette smokers will eventually be killed by their tobacco addiction. Over the last 50 years, it is estimated that 6.5 million people in the UK have died from tobacco-related diseases.

Evidence remains inconsistent as to whether smoking causes breast cancer after as well as before the menopause, but this study suggests it may increase a post menopausal woman’s risk of breast cancer if she smokes or has smoked in the past.

“There is strong evidence that smoking increases your risk for many other types of cancer including lung, larynx, oesophageal, oral cavity and pharynx, bladder, pancreas, kidney, liver, stomach and bowel. The best thing you can do if you are a smoker is give up. Quitting is not easy but, given that smokers lose an average of 10 years of life compared to non-smokers, the benefits are huge.”