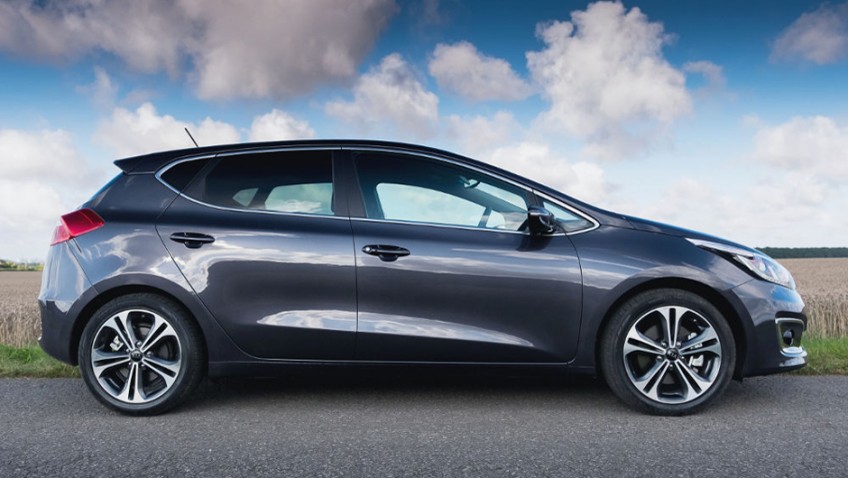 What’s in a Name?

When manufacturers think up a name for a new car, they have to tread carefully. Many’s the story of unfortunate results through not doing so, such as that concerning the Mitsubishi Starion – a name that none of us could fathom, until it was revealed that with dodgy telephone lines and Japanese English, a telephone instruction from Japan to call the new car the ‘Stallion’ could go amusingly awry. Or so the story goes!

The Kia cee’d was launched in 2006, and the name seemed an odd’un even then. Codenamed ED it replaced the Cerato, was designed in Europe and was to be built and sold only there, so the European Economic Community (in many countries CEE) ED car was born. CEEED however was an E too many, so it became cee’d, which is every bit as daft. Now we’re all used to it however, so it’s time to look at the practicalities of the thing. What we have here is a new version of the 3- or 5-door hatchback and the load-carrying Sportswagon, powered by petrol and diesel engines from 1.0 to 1.6 litres; the 3-door versions incidentally are called Pro_cee’d……do you see what they’re doing there?

The little 1-litre petrol engine is a 3-cylinder unit with remarkable output of 118bhp, plus a reasonable fuel figure of 57.6mpg. Kia are far from the first to go for a small 3-cylinder petrol engine, but they’ve had time to get it right. It’s remarkably refined, and pulls strongly even in 6th gear, provided the revs don’t drop below 1500rpm.

In addition to that engine Kia has jumped on the double-clutch bandwagon with their new 7-speed auto gearbox available with the 1.6 diesel. Like others of its type (most notably the VW group version which started the movement) this uses not one, but two clutches, each of which takes turns in attaching itself to the driver’s likely next gear, thus making changes super-fast. And with the absence of the vague torque converter found in a traditional auto box comes the benefit of fuel consumption equal to a manual gearbox.

I also drove the GT version of the car, which as you’d expect is the high performer of the cee’d range. The principal memory of the GT drive was the suspension, which like the other models is on the soft side, but although there’s some body lean on sharp bends the handling is very capable, and the ride impressively comfortable.

It was an unusual combination, which I’m very sure could prove extremely popular. If you like the look of the GT version, you don’t have to opt in to the whole performance package. The ‘GT line’ model is designed to provide the sporty looks and feel of the GT, without the full performance package, so saving considerably on the cost price.

Positives are numerous in my list of comments on the cee’d, with comfortable seats, refined engines (even the 1-litre) and a smooth ride, though really poor surfaces do cause noticeable thumps from the suspension. The interior is stylish, with an attractive mix of bright and dark colours, and there are enough oddments boxes to cope with all your knick-knacks.

The boot is a good size, with 380 litres, expanding to 1,318 when the rear seats are folded. And unlike so many of today’s cars, the rear seat cushion can be folded forward, so the floor ends up flat once everything is done. For maximum carrying capacity the Sportswagon is the obvious choice, and the max figure for this one is 1,660 litres, which in Imperial terms is 59 cubic feet, which is a lot.

If you feel you’ve seen a weighty number of cee’ds on UK roads, you’d be right, for the UK is at the top of the list for cee’d sales across Western Europe. It was the first Kia product to be built in Europe at the factory in Zilina, Slovakia, and they’ve now built more than a million of them. Another name that will raise an eyebrow or two is the Kadjar – Renault’s latest model that apparently gets its name from two words: ‘Kad’ is from the word ‘quad’ (a four-wheeled all-terrain vehicle), and ‘Jar’ is, so they tell us, a reference to the French word ‘jaillir’, which means to ‘emerge quickly’. So…..er…..Kadjar it is. Competitors are vehicles like the Ford Kuga, Volkswagen Tiguan and Nissan Qashqai. The new Renault actually shares 60% of its parts with the Qashkai ; not too surprising thanks to the cross-shareholding agreement between the two companies.

Bearing in mind the Kad referred to above it’s no surprise that the new car has the ability to go off-road, but interestingly only three of the eighteen models have four-wheel drive. Renault are well aware that for many buyers it’s the look of the car and the high seating position with commanding view that sells, rather than the go-anywhere ability, and there’s no sense in paying more in fuel and list prices when you’re not going to use the hardware.

Talking of fuel costs, the most economical of the Kadjars boasts an impressive CO2 emissions figure of 99gm/km, and although economy and emission figures are currently seen to be about as realistic as Star Wars, following the Volkswagen debacle, there’s still some virtue in comparing figures of similar sized cars.

The official mpg figure for the models powered by this frugal engine (110PS diesel), provided they don’t sit on the optional large19-inch wheels, is 74.3; and if you have fairy feet and an overwhelming wish to minimise your fuel consumption you just might get somewhere not too far from it.

Currently there is only one petrol engine, and this wasn’t available for us to try, but the two diesels do a good job and are easy to use, with stop/start to maximise economy and enough power to please keen drivers. Provided you don’t let the revs drop too low (and the gear change is so good you won’t mind using it frequently) there’s always plenty of urge from either the 1.5 or 1.6 diesel.

They’re quiet too, so the only sound likely to concern passengers is tyre noise which can get noticeable on rough surfaces. If you want auto transmission it’s available with the smaller diesel engine, and once again it’s a dual clutch design, so fuel economy equals that of the manual transmission. Suspension is on the firm side, but comfortable, and the seats – which are likewise fairly firm – hold occupants in securely. It’s an easy car to drive thanks to good visibility all round, and unusually I found the windows in the rear pillars were of a size to be genuinely useful, and a help when parking the car.

The cabin feels spacious, and I like the glass roof which brightens the interior so successfully; weather during our test was less than summery, yet in the Kadjar cabin all was bright and cheerful. Space for luggage is good in 5-seat mode, and although the rear seat cushion doesn’t fold, the process of folding the seat backs to maximise volume is super-easy; alas, thanks to the immovable cushion the resulting floor slopes noticeably.

I came away from the test very impressed with Renault’s latest offering, and the price looks good when compared to those of the opposition. It’s worth saying however that the published prices are based on a car with body in white; if you want any other colour add about £500 to the price.