Home / LIFESTYLE / REVIEWS > / THEATRE REVIEWS / A musical, the whole family, from grandparents to grandchildren, should see 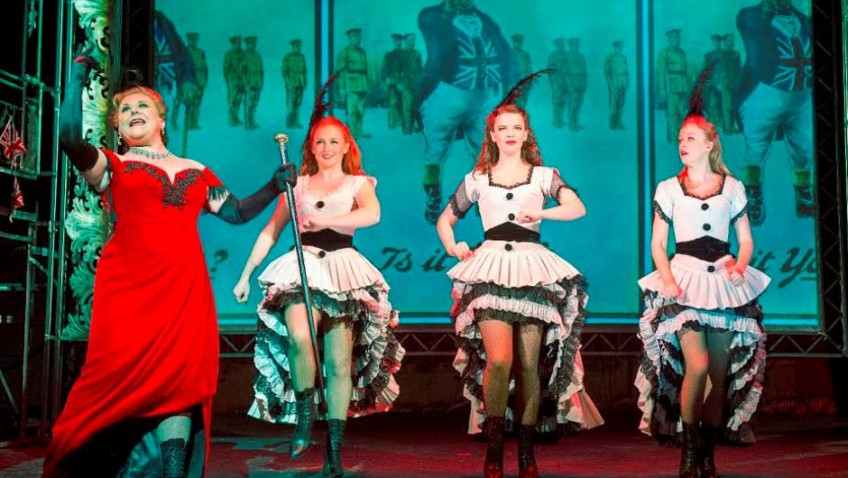 A musical, the whole family, from grandparents to grandchildren, should see

The legendary musical entertainment is based on the songs and statistics of the First World War. It was created by Joan Littlewood, Charles Hilton, Gerry Raffles and members of the original cast at Stratford East in 1963.

The show offers “songs, battles and some jokes” within an end-of-pier Pierrot Show framework.

Oh What A Lovely War is a memorable piece of anti-war propaganda. Its enormous emotional impact has not lessened.

The present revival, by Terry Johnson and cleverly choreographed by Lynne Page, was originally seen at Theatre Royal, Stratford East last year. It is now at the start of a long tour of the UK and deserves to play to full houses of family audiences, grandparents to grandchildren.

Behind the actors a news panel screen flashes familiar war posters and photographs of the men in the trenches. Most devastating are the constant reminders of the appalling statistics: “Battle of the Somme. British lose 65,000 men in the first three hours. Gain, Nil.”

The bitterest satire is reserved for the millionaire profiteers, the Church and Field Marshal Earl Haig, commander-in-chief, who is not squeamish about using the men as cannon fodder, confident that Britain will eventually win, because they have more men to lose than the Germans.

One of the most moving scenes is the fraternisation between the British and German soldiers in No Man’s Land at Christmas.

There are over 40 songs, most of them you will know, including the heartbreaking (“Adieu la vie”), the recruiting number (“We don’t want to lose you, but we think you ought to go”) and the lewd barrack-room ballads (“I don’t want to be a soldier”)