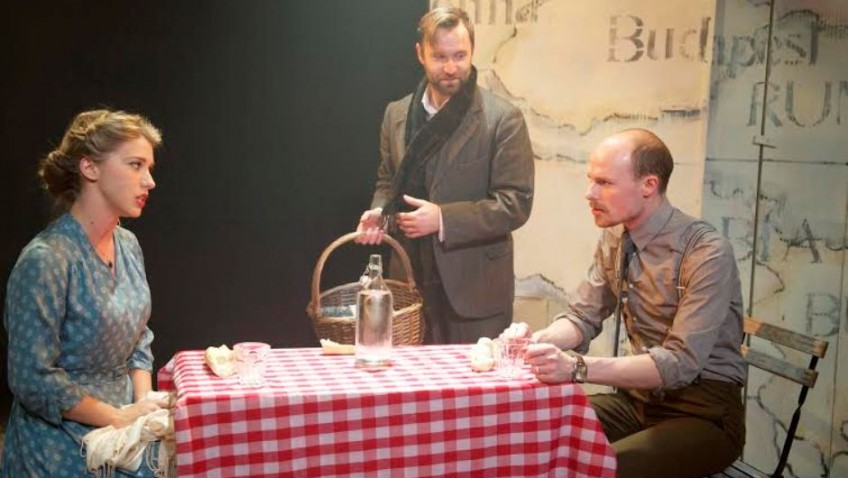 A musical by Jerry Herman gets a belated European premiere

Jerry Herman’s fame rests on two great Broadway musical comedies, Hello, Dolly! and La Cage aux Folles and they have had highly successful productions all over the world.

The Grand Tour, Herman’s adaptation of S N Behrman’s watered-down version of Franz Werfel’s play, Jacobowsky and the Colonel, which premiered in 1979, is only now getting a belated European premiere.

Werfel described his play as a comedy of a tragedy and didn’t like what Behrman had done to it; but Behrman’s play was successful on Broadway in 1944.

It failed, though, in London in 1945; and it failed again when it was turned into a movie, Me and the Colonel, with Danny Kaye and Kurt Jurgens, in 1979.

Herman’s musical version also failed and anybody hoping (as I was) that The Grand Tour might be re-discovered as his other failure, Mack & Mabel, had been and have a cult following, is in for a big disappointment.

The story is set in World War 1. Germany is invading France. Paris is about to fall.  Everybody is fleeing the Nazis, including a Jewish businessman and an anti-Semitic colonel and the Colonel’s fiancée.

Herman was attracted to the play because it showed the indomitability of the human (in this case Jewish) spirit. Jacobowsky is an optimist and survivor.

The show begins promisingly with his song, “I’ll be Here Tomorrow”, but the book by Michael Stewart and Mark Bramble quickly proves to be far too superficial and silly to be involving; and with only two pianos, and no performances of any stature, Thom Southerland’s production flounders. Even two potential hit numbers, ‘You, I Like” and “I Belong Here”, fail to have any impact.