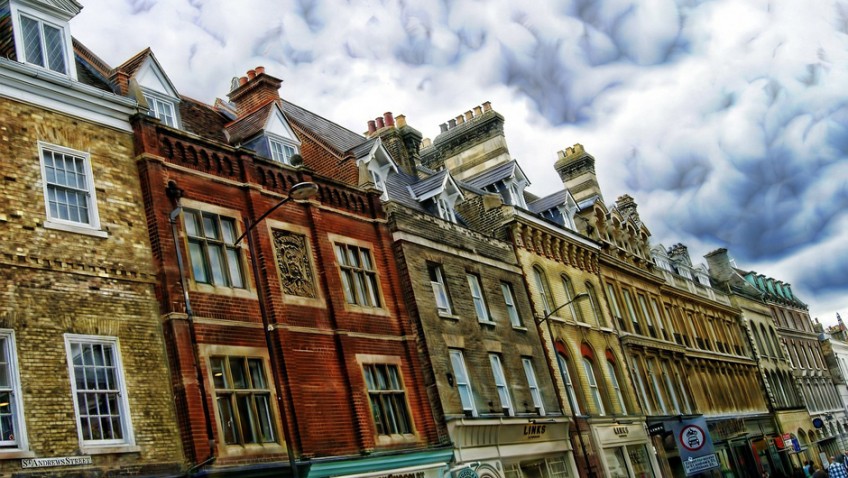 I have been told that most of us have moved house at least four times in our life. I confess that I am a serial mover having notched up fourteen so far! Some were good and some were a disaster which I try not to think about.

However one move is etched in my brain forever. My father married again so the contents of two houses had to merge. My father used to be in the army which calls for great organisation so he decided that he would draw a plan with rooms neatly coloured and the furniture had little colours stickers telling which room they should be in. Simples!

The furniture vans were to be staggered for three hours apart so the first one could be decanted before the second one arrived.

Unfortunately the vans both turned up at the same time blocking the road. Then my father came out looking very sheepish. He had lost the plan. Mayhem ensued with movers asking where each bit the furniture went. If Dad’s Army had been on telly there would have been cries of “Don’t panic Mr Buckle” every few minutes! Well he did panic and the removal men were not amused. I would have loved to hear what they said to each other when they drove away.

My father rummaged around and finally forgot about it all. He was a broken man but after even more whiskeys he was back to his normal self.

After father’s little fiasco I had a good idea which I have shared with all my friends and family who thought it was a whizzy idea, which in turn they shared with their friends. 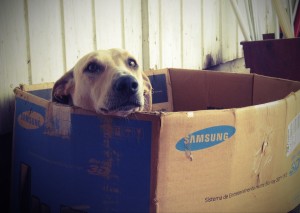 For the next move I got a cardboard box and filled it with essentials: a loo roll, light bulbs, tea and coffee, milk and sugar, mugs and teaspoons, a torch, whiskey and vodka, glasses, chocolate biscuits, cat food and bowl, ditto for the dog! I am sure I have forgotten something. Anyway that box goes in the car. I am fascinated by other people’s boxes. What would you put in yours?

I was recently asked how many times I have changed my address, Yes it was rather a lot but Donal Macintye (one of the Dragons) beats me he had moved fifty times! No wonder he looks so morose. The poor chap who was trying to sell me house insurance didn’t have room on his page to fit them all in!

When I was earning enough money I decided to buy a flat albeit with a huge mortgage. It was quite small but it was all mine. Then I met my husband and bought a larger flat which was lovely.

My husband was a doctor and he was offered a job in Aylesbury so having talked it over he said yes. We rented a cottage while we house hunted. So that’s another move!

We found a beautiful thatched cottage which meant that we could finally get the contents of our lockup storage finally out.

As my husband had to go to work I stayed at home telling the removal men where each piece had to go. All was going swimmingly well until one of the chaps asked me where the piano should go. I said that we didn’t have a piano so I was taken to a van and there was in all its glory. I rang my husband who said he had forgotten that he had one.

I was incandescent with rage especially as I had to pay the removal men to take it away and dump it. I shall gloss over the other moves suffice it to say there were good ones and bad ones.

I have finally moved for the very last time – I am now too old for that lark, or am I? I must confess my guilty secret – I have found a programme on the telly and each day a couple is shown looking for a house in the sun. Oh joy, oh bliss. I put the answer machine on and settle down for my moving fix.

There are four houses or flats shown and as I look at them I imagine some of the walls being knocked through, the kitchen upgraded, changed the colour scheme and put in a pool.

How wonderful it is to move house without budging from your armchair. You should try it some time, just don’t forget your moving box.