The stigma of mental health

I must start this article by saying that this is what happened to me when I was diagnosed as being mentally ill, and about what happened to me during the time I spent in hospital. Everyone has different diagnosis and experiences but mostly we have one thing in common, we don’t talk about it unless we have to: the big taboo hangs over our heads.

If you had told me when I was twenty eight, running my own business, owning my own flat and with a hectic social life,  that when I was sixty four I would be in a mental hospital,  I would have laughed in your face.

The symptoms of my illness definitely started when I went to London to stay with a very old friend of mine. The day after I arrived I started having panic attacks which got worse as the week went on, and there was nothing I could do to stop them.

They got so bad that when I arrived home I didn’t leave the house for two months, relying on my cousins to bring me food; I could not face cooking although it had been a great love of mine.

All the time I was pacing furiously up and down, wearing a path in my new carpet and couldn’t sit still, rocking back and forth.

Finally one of my cousins called her doctor and he told her to refer me to the Home Team, an organisation that deals with people who do not need to be in hospital.

A man arrived and talked to me for about half an hour.  He suggested that I go to a halfway house, a place for people who were mentally ill but did not need to be sent to hospital.

The place was dreadful. The rooms were tiny and consisted of a single bed, a bedside cabinet, a chair and a television. There was a communal laundry room and a kitchen to make meals. Supper was provided, but one look in the dining room ruined my appetite.

I continued my frantic pacing and rocking until I was told me that I had to go to hospital. I didn’t object and went up to pack.

As we drove to the hospital and the ghastly truth hit me full in the face. I was met by a member of staff and taken to my room. It consisted of a single bed, bedside table, chair, a tiny shower room and toilet.

The woman said that she would go and get my bedding. I sat on the bed and realised that the mattress, duvet covers and pillows were all plastic and the bed was extremely hard. We made the bed and she said she would show me round; not that there was much to see.

Everything was beige: two lounges, a place to make tea and coffee and the dispensary where we would receive our medications (each day at 9am, 6pm and 9pm. The dining room looked awful and I was told that meals were served at 8.30, 12 noon and 5 pm.

I went back to my room and unpacked my bag. The only thing I had packing that was worth having was my mobile phone. I sat on the bed in despair, how was I going to cope with it? I would have cried but my illness didn’t allow me. I eventually ventured out and joined the queue for meds.

The other inmates were truly scary – I lost count of the tattoos on every inch of skin, and the piercings that they had. The people who self- harmed bore silvery scars showing their attempts before and bandages to cover their latest ones.

I was shown the Occupation Therapy room where people could go and paint, play Scrabble or table tennis and other mindless occupations. The OT room was only open from 1.30 until 3.30 every day.

Then there was the Smoking Garden. There were two large umbrellas for when it rained, benches and a wire fence about 6 foot high. I imagine that this is similar to being in prison.

I was finally classed as being bi-polar and the doctors and I traced the start of my illness. My brother died of cancer in the March of last year. We were extremely close as he had lived with me for eleven years. I was with him when he died and although I was glad that I was there for him his death rattle still remains vividly in my mind.

Then my beloved dog died: I missed her tremendously.

I started going to OT to pass the time. The staff there were amazingly gentle and kind and treated us all as individuals unlike the staff upstairs. Everything that happened to us, including our conversations was carefully recorded. That is how they knew about my agoraphobia.

After a month the OT team decided it would be a good idea if I went to the nearest town. I can’t begin to tell you how I panicked in Marks and Spencer. All the colours, all the people, were too much for me to bear so we quickly returned.

Again they were patient and understanding and asked if I felt ready to go home for a couple of hours. I liked the idea but could not even imagine how it would be to go on a bus. The first time I panicked as it approached and had to go back. After another couple of attempts with Chris talking constantly we managed to get to my house.

I hated it, it was cold and forbidding and I begged to go back to the hospital. The OT staff were amazing; they persevered until I was judged well enough to go home by myself. I still hated my house and only stayed a couple of hours before I returned.

In the hospital I had been befriended by a woman called Bindy.  She was a godsend; she took me under her wing. She had been in there for a month before I arrived and knew all the ropes.

If a patient was out of control they were put in the seclusion room. It had padding on all the walls and ceiling and no furniture. A scary reminder that we had to behave.

About a week after that I started spewing up gallons of water. I didn’t realise that I was drinking mug after mug of water.  I was taken to a room where a member of staff sat on a chair outside my room with the door open all the time including right through the night. When I went anywhere one member of staff followed me with a bowl in case I was sick again.

The weeks passed with little improvement in my condition so the doctors decided to give me some ECT treatment. I was horrified and terrified about the whole process. When I told them that I didn’t want it I was told gently that I would be having it regardless of my views.

I was really scared when I went to my first session as they had given me a booklet with the pros and cons of ECT. Apparently most countries have banned it as being inhuman. Not a good thing to read. However, as soon as I lay down they gave me an anaesthetic and I didn’t feel a thing. The results were so good that I only had three sessions instead of the four that were considered necessary.

By that time I had been in the hospital for three months, a quarter of a year of my life. However after the ECTs I was judged well enough to go home.

I don’t remember too much of the day that I was discharged. My cousins came and picked me up and I walked out of the Hospital clutching a bright green polythene bag with the words ‘Patients Property’ in large letters on either side, again making me feel that I had just been to jail.

Cars whizzing along, people walking the streets; everyday things that we take for granted but were as if I saw them for the first time.

When we got to my house my cousins bid me goodbye and left. I whacked on the heating full blast, dumped the green bag and its contents in the dustbin, made myself a cup of coffee and sat down. You have no idea what it was like to view my room with all its vibrant colours.

I marvelled at my pictures on the wall, the throws on the sofa, the beautiful new carpet. It was as if my senses went into overload. I made myself some scrambled eggs, finding it difficult to remember where the saucepan was, the cutlery and tray, but I found them and settled down to eat and watch some television. I went to bed early and sank into my bed, loving its softness and fell asleep almost instantly.

When I woke up I went and ran a bath, another luxury after three months of showers and I soaked and ruminated.

When I braved the supermarket one of my neighbours hailed me and said “You’ve been away a long time. We thought that you might have gone to France” It was easier to say that I had than tell them the truth.

As I walked on one member of the Church stopped me and said” How are you, it’s nice to see you home” I was glad that she expressed sympathy but made no mention of the hospital or my absence. As I approached my house the neighbour next door said” You’ve been away a long time” to which I found myself saying “Yes I have been” and left it like that.

However when I saw my lovely neighbour who cuts my lawn and hedges my reply changed. He knew about my brother dying, followed by my dog so it felt right to tell him that I had had a nervous breakdown: how wonderful to tell the truth.

The garden although overgrown is lovely, but the house still felt empty so I rang the Cats Protection League and got my wonderful cat Millie.

She is a source of comfort and I never stop laughing at her antics. I was now fully home and really happy. However I will have to spend the rest of life on the concoction of pills that I take. But this is a small price to pay for my sanity.

Mental illness is not a visible illness. Nothing shows – a broken leg gets a plaster cast, an operation shows a scar but being ill with no outward signs gains no sympathy, although in my case I wanted none.

I have told nobody except my family, close friends and the congregation of the Church that I attend. The members of the Church have been absolutely wonderful. They welcomed me back but asked no questions and made no fuss. It was if I had not been away for three months living my way through absolute hell.

My family have been absolute stars, visiting, calling, and bringing me things that I wanted. My friends called or visited me regularly, but one of them shone out because she texted or called me every day. I shall never be able to repay her kindness. 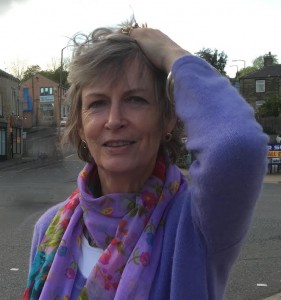 I live with the stigma of my mental condition that leads to me telling lies to people that I know or meet. I will never cease to have my secret which is a horrible feeling.

If you know or meet anyone who has or had mental health problems please treat them normally. We would be so grateful if you did. I, together with millions of others suffer from the condition and probably always will, but we keep it secret so that it doesn’t affect our lives.