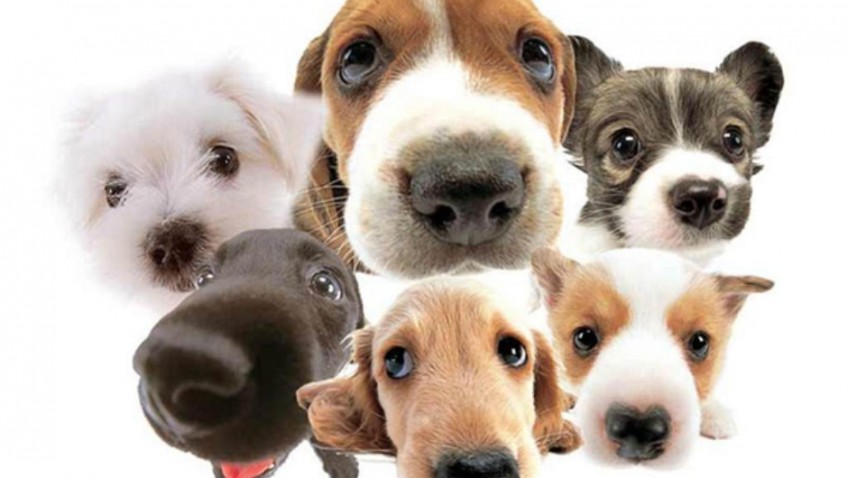 My Italian boyfriend Nello invited me to go to Rome for the weekend to meet his mother. As always, my weekend didn’t go smoothly. I cannot explain why I am unable to come back from a romantic trip with a dreamy look in my eye. I blame it on the dogs.

I met Nello’s mother along with the Italian dog Number One. A nice brisk little Fox Terrier who originated from England. That might explain his joy upon clapping eyes on me. He sat on me, licked me, and pawed me. Smile On I thought through gritted teeth as he laddered my tights, after all I did want to impress my boyfriend’s mother.

We set off the next day and I was light of heart at the thought of dog free days in Tuscany, one of my all time favourite places. But hello, hello I walked through the door and three Labradors tried to lick me to death – so more pats from me, why be put off by one lousy Fox Terrier?  There is obviously some canine telepathic communication between mutts in Rome and Tuscany because the Labradors reaction to me was the same. The net result was that I had to try and eat dinner while one had his nose shoved right up my crotch while the other two stationed themselves under my elbows so as not to miss a morsel I might drop!

But no matter, we went the next day to more friends of Nello’s who have the most beautiful estate. To my relief I saw one Alsatian securely chained to its kennel as we drove up the enormous driveway. Then to my absolute horror I heard a baying sound as around the corner shot a pack of THIRTEEN dogs of all shapes, sizes and breeds. Following behind them came the piece de resistance a huge Bull Mastiff.

I smiled thinly as my hosts led me though the house and onto an enormous patio with the most divine vista of lawns stretching down to the glinting sea. I settled into a swinging sofa and took the glass of wine they offered me. I could have drained it with one gulp as the dogs arrived. Have you ever tried holding a glass in one hand while thirteen pooches try to sit on your lap? Nope I thought not. Let me tell you that it is not easy especially as the Bull Mastiff who also came from England recognised his compatriot and decided that I was definitely his best friend.

Nello and his friends were sipping their wine and conversing in Italian which I didn’t understand so I decided to stroll down and look at the sea. I can tell you now that there were thirteen reasons why I should have stayed on my sofa. The pack of little lovelies gambolled at my feet, under my feet and snapping at my ankles. This was nothing that a true English gal couldn’t handle. Until the Bull Mastiff who was still reclining on the patio decided to join the party. The first that I knew of this was when I felt that I had been hit in the small of my back with a sledge hammer. I was wrong – it was my large canine admirer who promptly clasped his paws around my waist and became very amorous!

Realising how amusing this spectacle must be for all of those still drinking in peace I turned and smiled wanly in their direction while trying very hard to prise the beast off me. I managed to remove him three times and dodge the little creeps who were trying to trip me up but it was more than I could handle. With a smallish shriek I fell like a stone and disappeared under a sea of dogs all of whom seemed hell bent on licking me to death.

I can only assume that the shriek I gave as I fell must have been louder than I thought because finally Nello and the entire family finally leapt to my rescue. They might have reached me really quickly except that their speed was obviously impaired by the fact that they were all crying with laughter. However, when a beaming Italian face leans over and asks if you like dogs you have to laugh. It certainly broke the ice but I am not sure that I liked the way the youngest daughter constantly looked at me and burst into peals of laughter at lunch.

I limped back to London (Bull Mastiffs weigh an awful lot you know) but I think it is safe to say that I am now totally immune to any Italian canine charm.