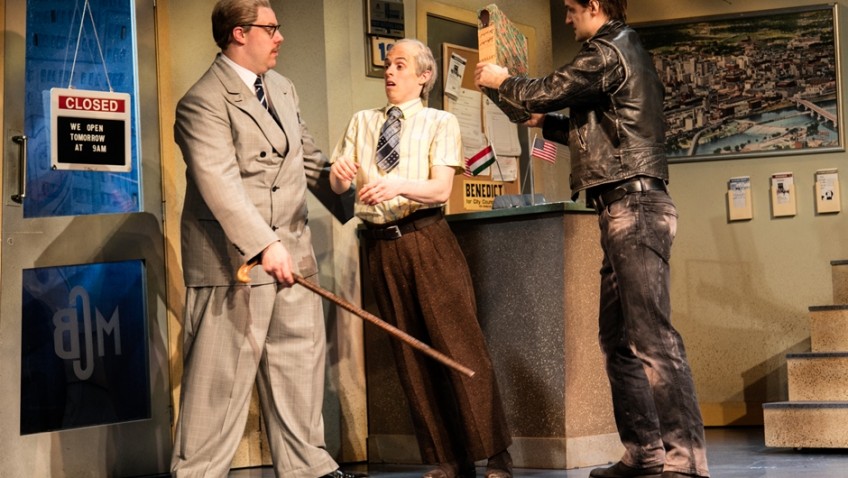 THE COMEDY ABOUT A BANK ROBBERY is a Mischief Production and written and performed by the same team that staged The Play That Goes Wrong and Peter Pan Goes Wrong.

It’s in a different style to the other two shows, in that things don’t go wrong; but with the same actors, it has an unmistakable Mischief stamp. 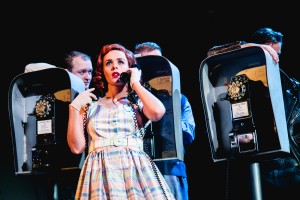 The major problem is that the present show has not had a try-out out of town before its London opening and invitation to the critics.

In the old days a show of this kind would never have opened cold. It would have toured the regions to get it right.

The show, a send-up of a typical America B-feature heist, is not yet ready for public consumption; but the only way to get it ready is to play it in front of an audience and see what works and what doesn’t work.

The show is still very much in the workshop stage. There are funny performances. It has its funny moments. It has some good comic routines with phones and head-bashing. The teamwork is good. 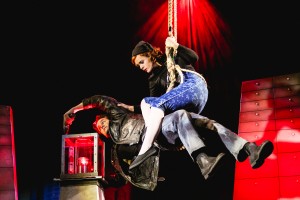 What it now needs is an outsider to come along and make some ruthless cuts and tighten everything up.  At the moment it’s a bit of a mess, a bit hit and miss, and it goes on far too long.

It will get better. It will be interesting to come back in a month’s time and see what they have done with it.