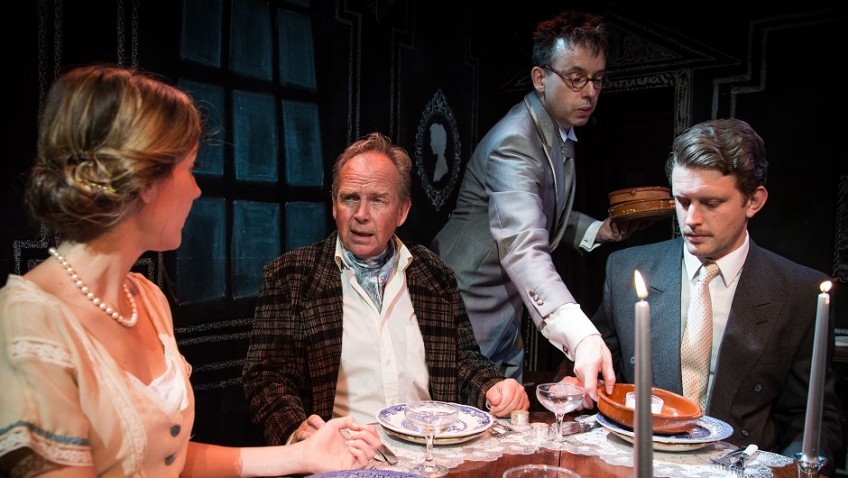 A A Milne’s “The Dover Road” is re-discovered

Jermyn Street Theatre, Finborough Theatre and the Orange Tree Theatre in Richmond can be relied on to revive neglected plays and neglected playwrights. 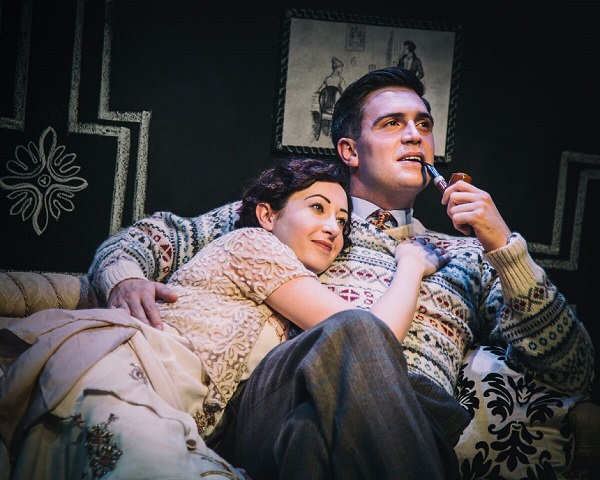 For many people A A Milne will mean Winnie-the-Pooh, the teddy bear, and Christopher Robin and the E H Shepard drawings. But Milne (1882-1956), novelist, screenwriter and writer of light verse for children, who wrote humorous essays for Punch and propaganda in World War 1, was also a prolific playwright in the late 1910’s and early 1920’s.

His plays, much influenced by J M Barrie, are sentimental and whimsical. The Dover Road premiered in New York in 1921 and in London in 1922. The comedy certainly has its comic moments, even if it doesn’t all work.

Anne (Georgia Maguire) and Leonard (Tom Durant-Pritchard), an eloping couple, take refuge in a strange mansion when their car crashes on their way to Paris. The couple are taken prisoner and put on a week’s probation to give them a taste of marital life and check whether they are really suited to each other and ready to take the plunge.

Another eloping couple, Eustasia (Katrina Gibson) and Nicholas (James Sheldon), have been in the house for a week and Nicholas has realized he has made a big mistake. Eustasia, who wants to cosset him all the time, would drive any man up the wall.

“I have never been so happy!” he lies to her when what he really wants to do is smother her with a cushion. The impossible Eustasia (a role created by Athene Seyler) is Leonard’s wife.

The mansion is run by the very rich and mysterious Mr Latimer who develops a crush on sweet Anne. The role was created by Henry Ainley and is now played by Patrick Ryecart. He is given a thunder-and-lightning entrance and comes across as a relation of Lob, an impish character in J M Barrie’s “second chance” play, Dear Brutus.

His major domo (Stehen Bednarczk) gets to sing a Noël Coward song, “Forbidden Fruit” and the two men, given a second chance to change their lives, decide they don’t like women and elope together to France.

Durant-Pritchard looks absolutely right for the role of Leonard except in a key comic moment when Anne sees Leonard for the first time in his underclothes, having breakfast. Unbrushed, undressed and unshaven, he should look dirty and disreputable; instead he is immaculately clean and wears a flamboyant dressing-gown.

Nicholas McAuliffe directs. Is A A Milne’s Mr Pym Passes By worth reviving?