Home / SLIDER / If music be the food of love, play on! 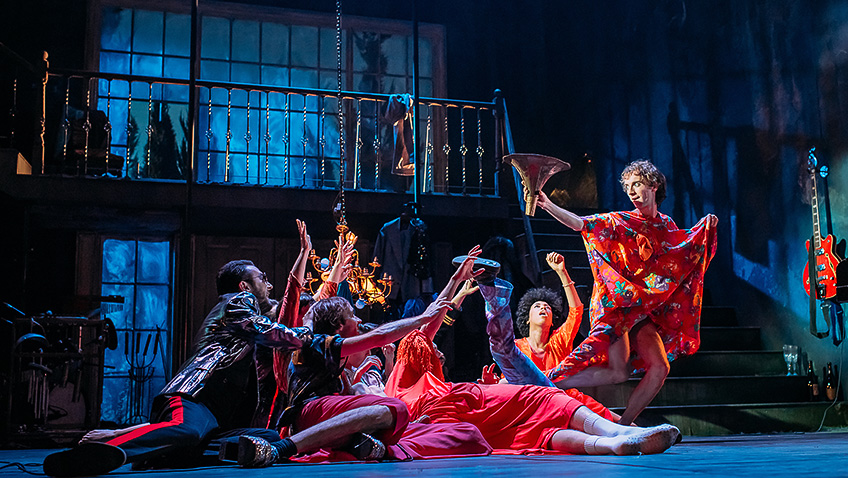 If music be the food of love, play on!

The set is reminiscent of a scruffy 1960s squat in a once grand house peopled by a rag tag bunch of hippies, clad in platform shoes, extravagant rainbow coloured vintage garb and feather bowers. This drunken, hedonistic house party moves swiftly into the guests staging Twelfth Night and the real magic begins. 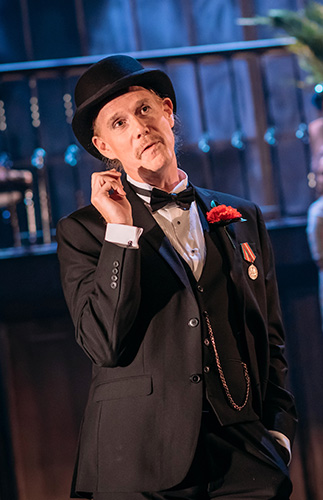 Twelfth Night revolves around twins (Sebastian and Viola) and the confusion that results when Viola fears her brother dead and takes on the disguise of a boy. Both characters are played by women and the fact that Sebastian is short, fair haired with a Scottish accent and Viola tall, with an Afro and an English accent further enhances the confusion and sense of fantasy.

The audience has to get used to women playing men and women playing men disguised as women. Sir Toby Belch in this production has morphed into Lady Tobi, played with superb drunken physical bawdiness by Dawn Sievewright. Her comic partner, Andrew Augecheek, played by the marvellous Guy Hughes, is comedy gold and intentionally ridiculous, making for much laugh out loud comedy. Dylan Read’s Feste was wonderfully lively, witty and brilliant.

Duke Orsino is played flamboyantly by Colette Dalal Tchantcho and Jade Ogugua plays Viola with a certain naive honesty and open heartedness. Malvolio is a bowler hatted straight laced gent, magnificently played by Christopher Green. His transformation into a long haired prog-rocker is probably the most hilarious scene in the play. No spoilers here but think Rocky Horror Show meets Shakespeare. I for one won’t think of yellow stockings (not to mention cross hatch garters) in the same way again.

The choice of music and singing is inspirational; clever, unique and professionally delivered by a clearly very talented cast. This production definitely has the WOW factor and is not to be missed!

Twelfth Night is on at Bristol Old Vic until Saturday 17th November. For more information and to book tickets, please go to: https://bristololdvic.org.uk/ 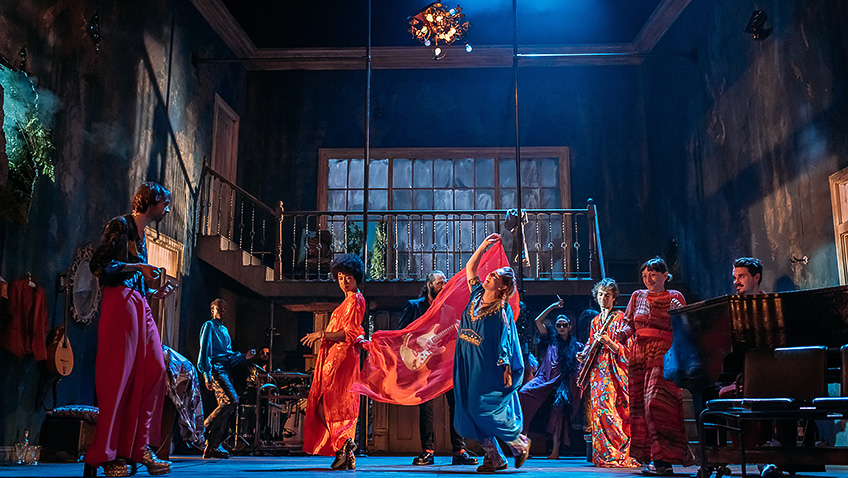