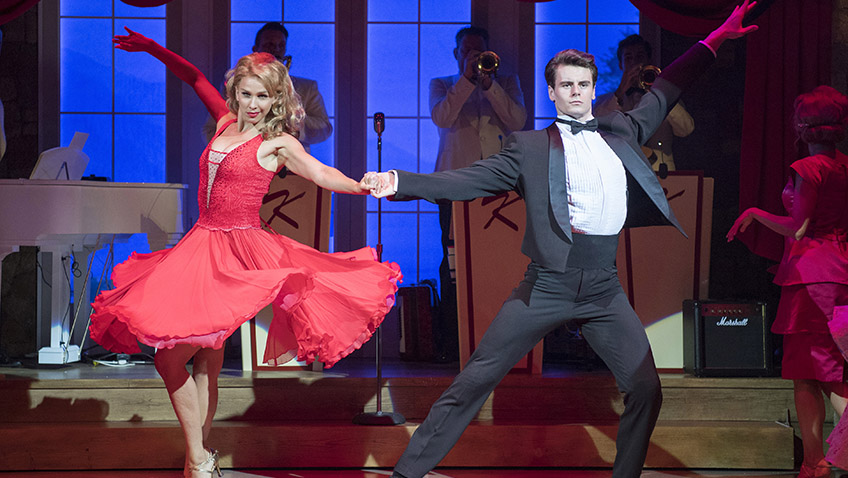 We all know the film, released in 1987 starring Patrick Swayze, a film that is still regularly aired on our TV screens, it’s a classic of its time. But it’s also a musical, and a very successful one at that, having first been seen on UK stages way back in 2006. Now, in 2019 it’s again touring and hopefully coming to a theatre near you!

The plot sticks pretty much to the original film script as the story starts way back in 1963 as the Houseman family, father, mother and sisters Frances “Baby” and Lisa embark on their vacation to Kellerman’s, an upmarket country club and holiday park in the American tradition where everything, including the entertainment, is laid on for them.

But a little bit like the swan serenely paddling its way down river, everything below the surface is not as it seems, especially within the entertainment team and its key protagonist, Johnny and girlfriend Penny, who of course is in a bit of a pickle – that’s pregnant to you and me!

Innocent “Baby” soon finds that she is becoming involved in this world in ways that she would perhaps best be advised to avoid. But of course, the headstrong nature of “youth” comes to the fore, as Baby decides to do all that she can to help Johnny and Penny, including borrowing the money from her father to pay for Penny’s abortion. 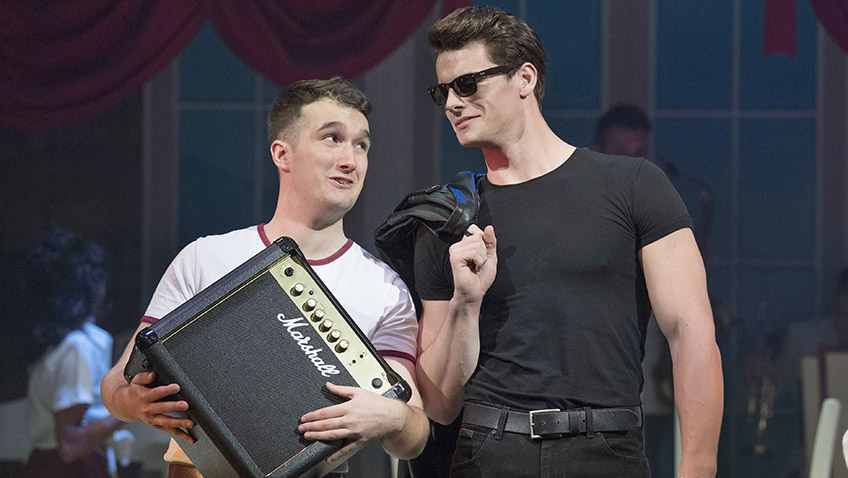 But it’s not just money that Baby is needed for, she also has to step into Penny’s shoes and learn her dance routine so that the couple can fulfill their dance commitments. Needless to say, the close proximity with Johnny leads to an entirely predictable conclusion.

But you know all that already! So what about the production? What’s it really like, and should you go and see it?

Well, the first thing to say is remember the context, you are back in 1963, things were different then, President Kennedy was in charge, segregation and prejudice were major cornerstones of the American psyche, pop music was just beginning to really make headway and for someone like Baby life was all new, exciting and changing rapidly. 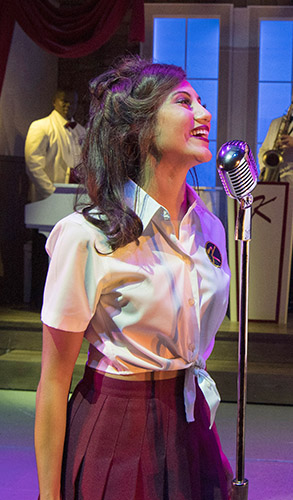 Sian Gentle-Green in Dirty Dancing – The Classic Story on Stage

The age of innocence is conveyed by the “country club” setting and the activities that take place there. Stage management is well done, and despite the continual switch from inside to outside the club itself, the revolving stage set works well.

It leaves plenty of space for the cast to show us just what they are made of and it’s fair to say that two main dancers, Johnny (Michael O’Reilly) and Penny (Simone Covele) are “star” attractions, both look the part and both can clearly dance and dance very well indeed.

Meanwhile Baby, played by Kira Malou, has just the right mix of innocence but also has that ferocious determination of the “young” which sees her gradually grow into both the character and the production as her confidence increases, and as her relationship with Johnny develops.

The main characters are ably supported by the remaining actors and ensemble who grow into their roles as we go through the show. Special mention should go to the musicians who have a massive workload given the number of songs contained within the score.

If you want to be entertained, if you want lose yourself for a couple of hours, and if you want to see plenty of quality dancing then this show is for you – go see it, it’s well worth the effort.

The show plays at Bristol Hippodrome until Saturday 06 July and then visits Bournemouth, Eastbourne & Leeds.

For tickets and more information go to www.atgtickets.com/bristol or www.dirtydancingontour.com