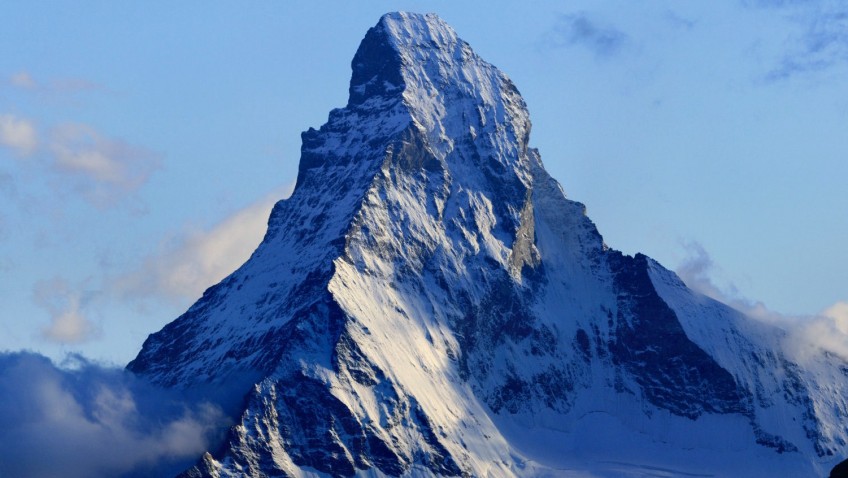 Since retiring as a commercial airline pilot eight years ago, I’ve found it difficult to keep my feet on the ground. I’d been running marathons but after four knee operations I got the hint and moved over to hill walking. First it was the Brecon Beacons and all the 3,000ft peaks in North Wales. This progressed to tacking bigger challenges and further afield – Kilimanjaro, Everest Base camp and then Mont Blanc.

The next logical step was one of the highest and most iconic mountains in Europe, The Matterhorn at nearly 15,000 feet. (4,478m). For the past five years I’ve been attempting to climb it but at age 62, it seemed like time was running out. Each year I booked a guide and started training. Each year brought disappointment; illness, injury or bad weather scuppered my plans.

This year, my wife Laura and three daughters believed this was my big chance with the best weather in over a decade. Coincidentally it was also the 150th anniversary of the first Matterhorn ascent. This was by a British team but unfortunately four climbers (out of seven in the group) died on the descent. Since then almost 500 people have died on this mountain. (I told my wife these grim details afterwards)

On Tuesday, 28th July this year, after another six months of training and a week of acclimatisation in the Swiss Alps, the time had finally come. A cable car from Zermatt takes you up to Schwarzsee at 2,583m, then it’s a two hour walk on up to the newly rebuilt Hornli Hut 3,260 metres. This is the base camp from where most ascents start. 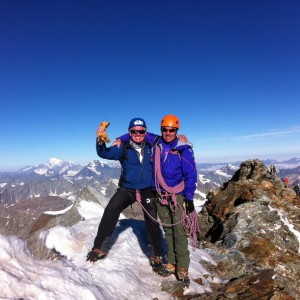 I met my Swiss guide, Angelo at dinner time after which he briefed me and checked all my climbing gear and kit. Due to the extreme exposure on this mountain, it’s a maximum of only one client per guide. Clients are expected to summit in 4-5 hours with the same time for descent. This is for safety reasons and so if you’re not making good time they will turn you around half way up the mountain and your dreams are shattered. After all these years of waiting it was down to these final few hours – and that means lots of pressure!

Like all alpine starts, the alarm was set for 3am but with fear and excitement in equal measures I didn’t sleep a wink. I bandaged up my dodgy back and knee, took pain killers and launched off into the icy darkness firmly roped to my guide. I was struggling from the very start.

I’ve always had a problem with high altitude, even after acclimatisation. There’s never enough oxygen for me; at 4,500m there’s only a little more than half that at sea-level. The pace was fast and furious as climbers jostled for the best positions so as not to be held up by slower or less experienced climbers. I was gasping so much that my guide confided later that he didn’t think I’d make it. Fortunately after 90 minutes, just as I thought I couldn’t maintain the pace, there was a bottleneck at a vertical rope section and I got a breather.

It was extremely challenging but eventually we made it to the summit. See attached photo. The N-GUNS on my helmet stands for “Never Give Up – Never Surrender“. (our family motto from the sci-fi comedy Galaxy Quest.)

Everyone said the descent would be harder and it was but our “Never Give Up – Never Surrender” motto kept me motivated.

Just goes to show that it’s never too late to chase your dreams.