Home / LIFESTYLE / REVIEWS > / THEATRE REVIEWS / What man would sacrifice his son in order to live? 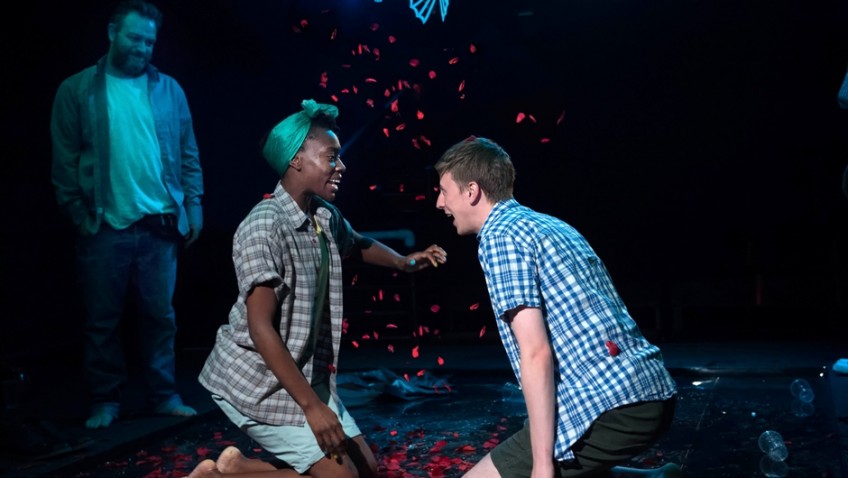 What man would sacrifice his son in order to live?

In Greek mythology Idomeneus was the leader of the Cretans in the siege of Troy. On the way home he was met by a terrible storm at sea. 79 out of his 80 ships sank. 4,000 drowned.

What man would sacrifice his son or his daughter? The price Idomeneus pays for life is an endless cycle of revenge and punishment and more deaths.

The story has been told many times and each time it is told it is different. German playwright Roland Schimmelpfennig has come up with a variety of versions. He had wanted a cast of between ten and fourteen men and women, and possibly more. At The Gate they can only afford a chorus of five. The director, Ellen McDougall, makes much use of balloons, ink, cherries, party poppers, red petals and especially water.

Her 75-minute production is the messiest and wettest since Robert Lepage set A Midsummer Night’s Dream in a dirty swamp. The laundry bill must be a major expense. Mark Moreno as Idomeneus gets absolutely soaked and has cherry stones spat in his face.