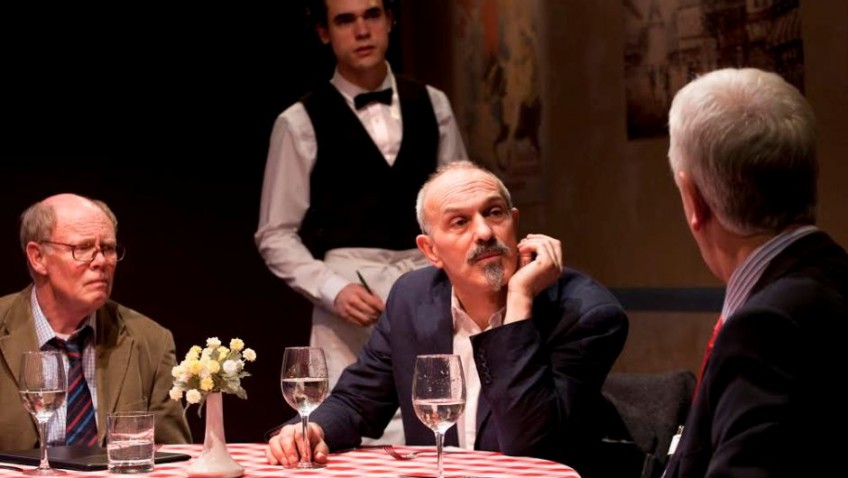 Is it love, lust or loneliness?

Ian McKellen and Derek Jacobi are appearing as two elderly gays on television in Vicious, a trivial sit-com, written by Mark Ravenhill and presenting exactly the sort of gay cliché-ridden image you would think McKellen and Jacobi would not want to project.

Stephen Wyatt’s Told Look Younger, a 90-minute stage comedy about sex and growing old, is much more likely to appeal to gays because it is much nearer the mark and much more explicit.

Three gay men in their sixties, not getting any younger, living on borrowed time, are infatuated with younger men. Never underestimate the need for human contact. But is it love, lust or loneliness?

Oliver (Robin Hooper), quiet, unassuming, intellectual, is an academic writing a biography of Cardinal Newman.  Jeremy (Michael Garner), abrasive, rude, is in the property business and in a long term (30 year) relationship.

Colin (Christopher Hunter), following the death of his long-term lover, plans to marry a 19-year-old Turkish boy. Oliver and Jeremy are shocked and want to protect him. It is obvious to them that the young lad is after his money and wants a UK passport.

The action is spread over three acts and eighteen months and takes place in the same restaurant which changes its decor, menu and staff with each act.