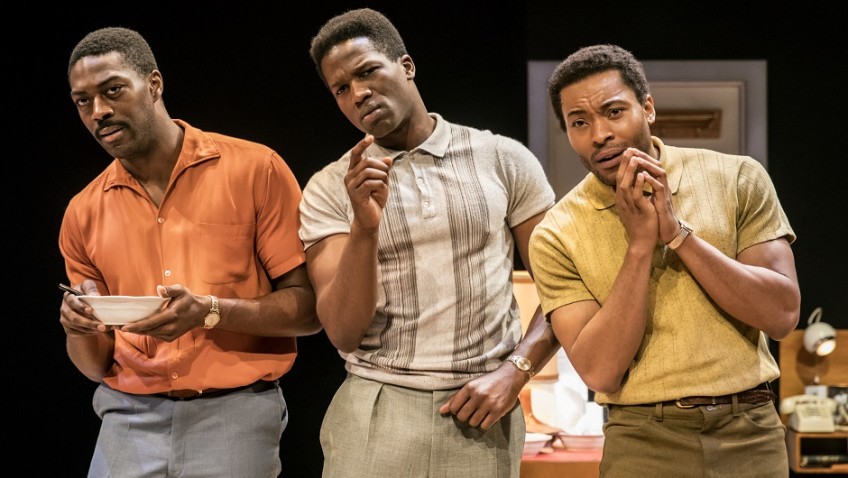 It’s been a long time comin’, sang Sam Cooke, but I know a change is gonna come. 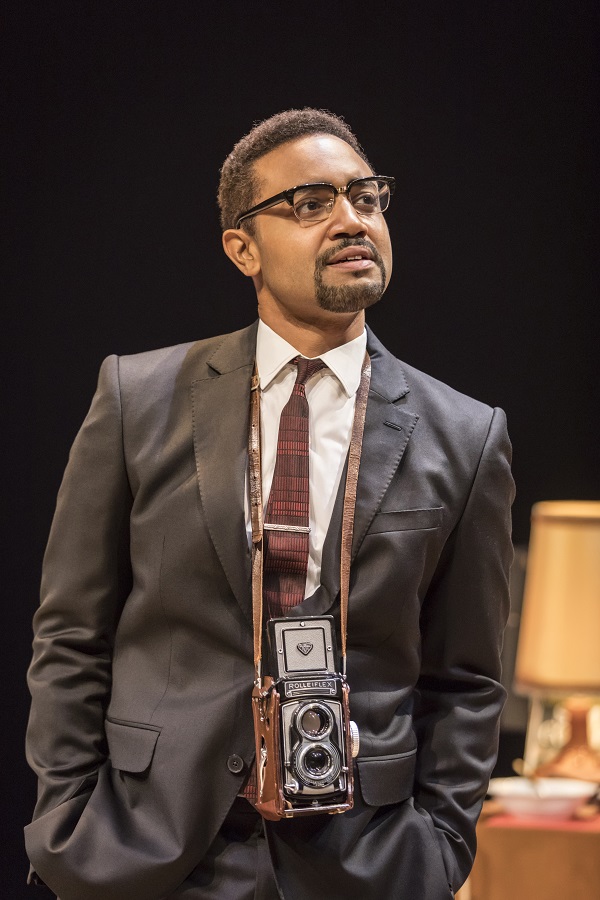 Clay is about to announce to the world that he has converted to Islam and that his name is no longer Cassius Clay (his slave name). His name from now on will be Muhammad Ali. A change of name means Freedom.

Clay is played by Sope Dirisu, who was so good in the National Youth Theatre’s production of James Graham’s Tory Boyz.

Clay is joined by three of his very best friends: activist Malcolm X (Francois Battiste), spokesperson for The Nation of Islam, surrounded by bodyguards; the American football star, Jim Brown (David Ajala) who has landed a role in a film; and the great soul singer, songwriter and entrepreneur, the King of Soul, Sam Cooke (Arinze Kene).

The meeting did take place but what is said on stage is fiction. It gives Powers an opportunity to express four different views of racism and what it means to be black in a white society and how a black person should respond to further the cause of Freedom.

The play is directed by Kwame Kwe-Armah who directed the American premiere at Baltimore Centre Stage where he is the artistic director. The excellent cast have an engaging combativeness.

Malcolm X wants blacks to speak up and stop pandering to the whites. He berates Sam Cooke for not writing protest songs like Bob Dylan does and cites in particular “Blowing in the Wind” as an example of a song which should have been written by a black songwriter.

Sam Cooke, unlike Malcolm X, is much more gentle and subtle and contains his anger. He is also a shrewd businessman and shrewd in his approach to racism.

The charismatic Arinze Kene, playing Cooke, sings and flirts openly with the Donmar audience and disarms them.

Kene gets to sing three songs, climaxing with the great “It’s been a long time comin’ but I know a change is gonna come” – a sentiment quoted by Barack Obama when he was elected President.