Home / LIFESTYLE / REVIEWS > / FILM REVIEWS / This lively and fascinating look at the urban fashion scene is nonetheless short of insight and narrative. 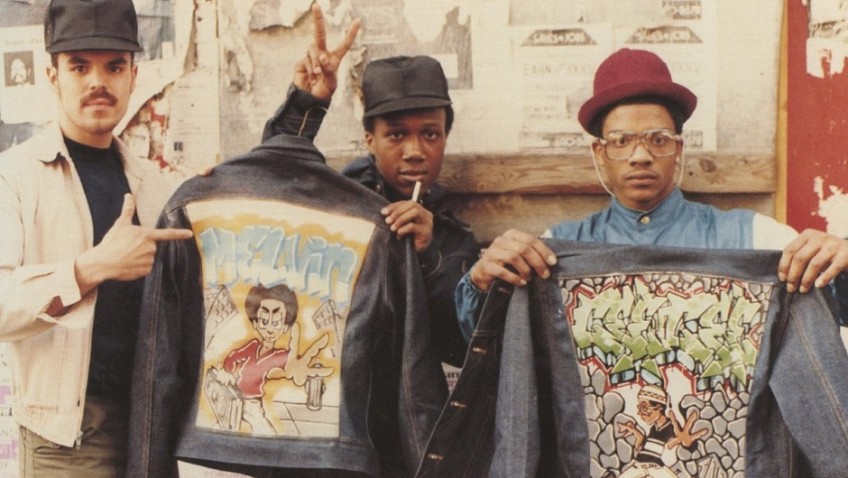 This lively and fascinating look at the urban fashion scene is nonetheless short of insight and narrative.

Fresh Dressed, an eye-opening documentary about hip-hop urban fashion, shows that it’s not only Sci-Fi movies that can create an alternative universe.  For most people over 50, the world that New York City hip hop chronicler Sacha Jenkins summons up in such a lively manner might as well be Mars.  Jenkins makes the trip accessible to earthlings, even providing dictionary definitions of some of the urban language, including ‘vicking’ and ‘fresh’.  This is all fun for a while, but once we start looking for substance, the film falls short.

It might be counterintuitive, but above all, the young people who, without realising it, were at the forefront of the urban fashion scene in NYC, wanted to be dressed in clean, new, colour co-ordinated, fresh smelling clothes.  The bright colours came from graffiti, we are told.  We are not told the origin of those baggy trousers (pants) sitting low enough to reveal the top of that aspirational Calvin Klein underwear – but it is a fashion statement that travelled to our shores along with the trainer fetish and hand-decorated demin jackets.

Manhattan and Staten Island, but especially Brooklyn, Queens and Harlem, all had their own look, and, we are told, it was possible to identify the borough someone lived in from how he dressed.  Black jeans and a sleeveless denim jacket over a colourful T-shirt or sweatshirt was ‘so Bronx.’  If you wore a velvet coordinated sweat suit with shoes to match, chances are, you were from Harlem.

Clothes were a status symbol based on insecurity. Referring to the black population of the Bronx, a local merchant tells us that ‘the one thing they had that they could show off was their clothes. When they put on that outfit they were king.‘   Jenkins pulls in a few academics, such as Dr Todd Boyd, to talk to us about the connection between identity and clothes in the black experience.

We learn that the expression, ‘wearing your Sunday best’ has its origin in the slave trade. To show the world they were good Christians, the slave owners would dress up their slaves and send them to church on Sunday, even if the slaves were not practicing Christians.  Unfortunately, Boyd, or Jenkins, does not delve deeper into this type of connection, and the film is all the poorer for it.

As the history of urban fashion moves from the 1970s to recent years, the trend goes from buying local fashion and even designing your own clothes, to favouring international designer labels. The shop owned by designer /retailer Dapper Dan, the colourful entrepreneur who figured out a way to make expensive clothes affordable, was closed down after some 8 years, presumably for being a bit too successful at borrowing from the designer Catwalk.

The hip hop movement, it is claimed, made Ralph Lauren’s Polo label cool and sales rocketed.  We hear that ‘Tommy Hilfiger used to come into the ‘Hood’ (ghetto), open his trunk and give out the clothes.’  It was a successful PR exercise as the designer supposedly made money with his enthusiastic models.  The successful rappers still dressed like their fans, but with much more expensive attire that the fans then aspired to wear.  It is rather depressing, though, that the very people trying to be forge their identity and show their individualism through clothes are now being pressured to buy European and ‘white’ American designer clothes.

Jenkins embellishes his film with sound bites from high profile fashionistas like Kanye West, Sean Combs, Karl Kani, LL Cool J, Nas (musician and mogul Nasir bin Olu Dara Jones) and more, but after a while their testimonies become repetitive and fail to deliver the narrative thread that will hold everything together.