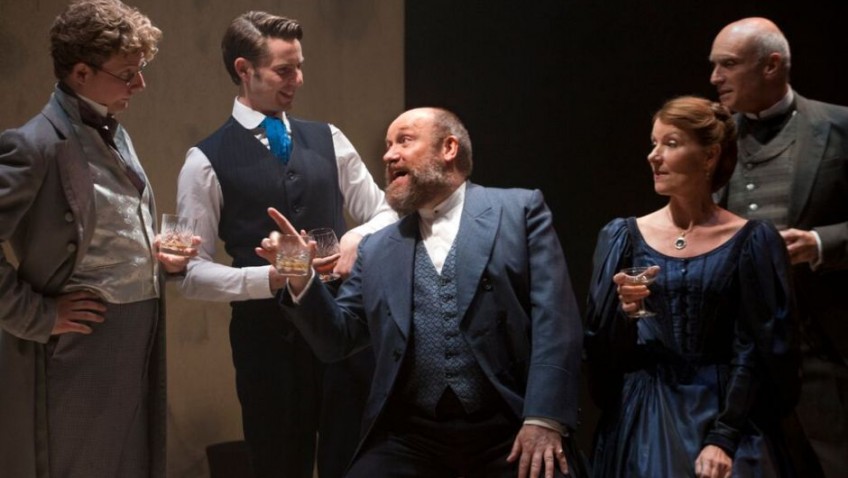 Little-known novel by Anthony Trollope successfully adapted for the stage

In 1871, Anthony Trollope and his wife sailed from England to Australia to visit their married son, who had settled in Australia.

Lady Anna, a characteristic Victorian novel of class divisions, was written entirely whilst he was at sea and published in 1873.

Adaptations of his novels have always been popular on television. The present play was commissioned by the Trollope Society as part of the Trollope bicentennial celebrations.

The prolific author (1815-1882) said Lady Anna was the best novel he had ever written. Neither the critics nor the public agreed.

The reason for its critical and commercial failure was that that people were shocked that a well-brought-up young lady, faced with the choice of marrying either an Earl or a tailor, should even think of choosing to marry a tailor. The fact that the tailor (Will Rastall) and his father had befriended Lady Anna (Antonia Kinlay) and her mother, giving them shelter and financial support, not only for their daily living but also for their legal battles, counts for nothing.

Anna’s ambitious mother (Caroline Langrishe) wants her daughter to marry the Earl (Adam Scott-Rowley) for the money and the title and she will go to any melodramatic lengths to stop her daughter marrying the man she loves.

Craig Baxter’s clever conceit in his adaptation is to put Trollope, his wife, his wife’s maid and the passengers aboard the ship on stage and allow them to voice their objections to the story, as it is being written, and mirroring the critical and public reaction on the novel’s publication. Tim Frances plays Trollope.

Lady Anna is one of Trollope’s least-known novels and he keeps you guessing to the very last minute, as does Craig Baxter in his adaptation, as to whom Anna will marry.

Colin Blumenau’s production has a good cast and is very enjoyable.