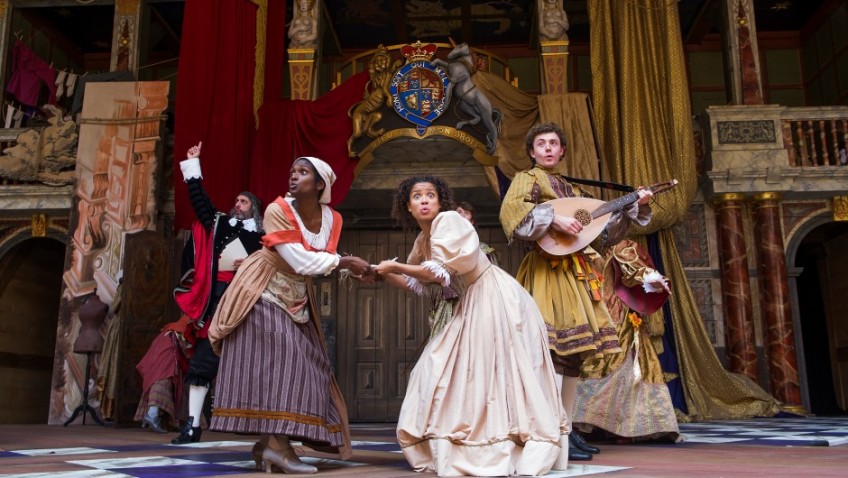 Within four days there have been two premieres of British plays about theatrical life in the 17th and 18th centuries.

Firstly, there was Ian Kelly’s Mr Foote’s Other Leg at Hampstead Theatre set in the Georgian era. Now, there is Jessica Swale’s Nell Gwynn set in the Restoration era.

One of the very first things King Charles II did when he returned from exile in 1660 was to reopen the theatres. They had been officially closed since 1642, following his father’s execution.

Actresses appeared on the British stage for the first time and amongst them was Nell Gwynn (1650-1687), one of the most famous actresses and whores of her day, and famed for her promiscuity, profanity and bawdy humour. It is said she once slipped a laxative in one of her rival’s tea-cakes.

Her rag-to-riches Cinderella story has inspired plays, an operetta and numerous films.

Nell has been played by Mary Pickford, Dorothy Gish, Anna Neagle and Margaret Lockwood. I am surprised there hasn’t been a musical.

Nell initially sold oranges and herself. Her mother ran a brothel. Her fortune changed when she became mistress to one of the leading actors of the day, Charles Hart, and he turned her into an actress.

Nell appeared in the plays of John Dryden and most notably in Maiden Queen. She was better at comedy than tragedy. Illiterate, she learned each part by repetition.  She excelled in “breeches” roles, which allowed her to show off her legs. Samuel Pepys was a great fan.

She became King Charles’s mistress (with an allowance of £600) and bore him two sons. In real life she gave up the theatre. In the play she returns to the stage after his death for an up-beat ending.

There are many anecdotes and hearsays about Nell; and most of them are apocryphal. So Swale allows herself to embellish on the historical facts and do what she wants with the material.

The end result is a jolly romp, with bawdy songs and a caricature of Restoration acting, which is absolutely perfect for Shakespeare’s Globe audiences.

Christopher Luscombe’s production fields a good cast. Gugu Mbatha-Raw (who made a big impression in the film, Belle) is a vivacious Nell.

David Strucker as Charles II and Jay Taylor as Charles Hart have style and wit and are effortlessly in period. Amanda Lawrence is a hoot as Nell’s dresser, confidante and reluctant actress.