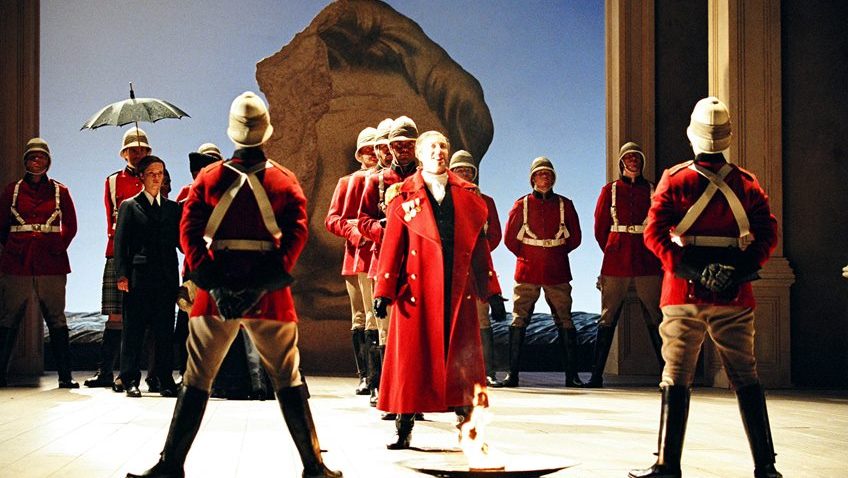 William Shakespeare. John Dryden. George Frideric Handel. Bernard Shaw. Elizabeth Taylor and Richard Burton. They have all been there.

McVicar knows how to liven things up with some amusing dance routines. Some people think if it’s Baroque you don’t need to fix it. The music and singing are ravishing enough.

The opera, conducted by William Christie, opens gruesomely with the severed head of the murdered Pompey being served on a plate. His widow (Patricia Bardon) and her son (Angelika Kirchschlager) swear revenge repeatedly.

Cleopatra (Danielle de Nies) thinks the best way to have a first meeting with Julius Caesar (Sarah Connolly) would be to disguise herself and pretend to be a sex-kitten. I found it very difficult to take Connolly and de Nies seriously. McVicar has Cleo behaving as if she were a cabaret artist doing a routine.

The best joke is when Caesar is alerted assassins are coming to kill him and, instead of rushing off, he stays to sing an aria and you know what Handel is like. The aria goes on and on and looks like it will never end. Exasperating.

McVicar has updated things. The soldiers look as if they have just returned from fighting the Zulus. Cleopatra has a wedding dress Marie Antoinette would envy.

You can watch an opera every week from Glyndebourne. From Sunday 16 August at 5.00pm you can watch Brett Dean’s Hamlet for free on YouTube.