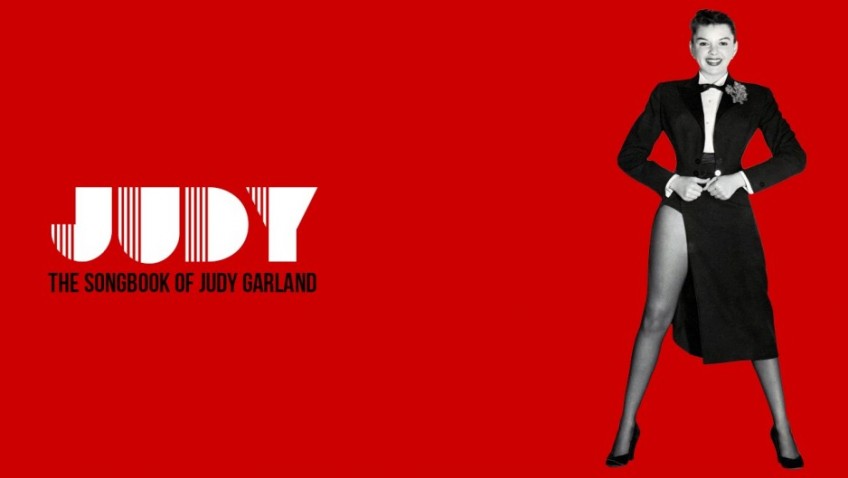 JUDY – The Songbook of Judy Garland

In this all out song and dance show, Judy Garland’s daughter, Lorna Luft, onstage herself since she was a girl and owner of a powerful pair of lungs and big vibrato, pours heartfelt love and devotion into a reverential celebration of her mother, both as a legendary star and as a wonderful, loveable, fun-loving person.

A backdrop of evocative film clips document and highlight Judy’s landmark songs and films as the performers, in turn and in combination, bring their talent and enthusiasm to the stage. Alongside Lorna, in well-tailored frocks of red and black or in the jackets and tights so typical of the era, three other singer-dancers perform Judy’s hits: the popular Louise Dearman, Georgina Hagen, and the red-haired, ever smiling and elegant Rachel Stanley. Ray Quinn and Darren Bennett are the main male voices, whilst a bevy of male dancers, known as The Boyfriends, waft, sway and cavort around the stage in stylised campness just about all the time, dressed in a variety of dicky-bows, trilbies, braces and suits. Onstage, too, sit pianist, double bassist and drummer, supplementing the soundtrack orchestra.

As mists swirl, crisp graphics appear and the stage is lit with reds and blues, it’s polished performance and movement, cabaret-style, all the way as solos, duets, trios and full ensemble numbers follow on one after another. Exciting tap routines clip the boards in the likes of Steppin’ Out With My Baby, in which Ray Quinn also shows off his fine singing. The Trolley Song is wonderfully choreographed, while Louise Dearman’s Stormy Weather and Lorna Luft’s moving rendition of The Man That Got Away also earn special appreciation. The much loved A Couple of Swells comes courtesy of Rachel Stanley and Darren Bennett travelling down the avenue, and, of course, numbers like Chigago, Swanee and Get Happy never fail to entertain. No one, though, other than Judy herself, is chosen to perform the finale in Over the Rainbow, in which the cast, backs turned, stand to watch the screen with the audience, in salute to the great lady’s memory and achievements.

Unlike the dramatised stage-show End of the Rainbow, in which Tracie Bennett sang and acted so poignantly the downs as well as the ups of Judy Garland’s life, this show is nothing but positive and happy. Lorna Luft chats to the audience with tales that emphasise her mum’s sense of mischief, fun, love and family, while quotes from a whole heap of big names also attest to her wit and friendship. The great comedienne, Lucille Ball, for instance, said she was “naturally funny, the funniest lady in Hollywood. She made me look like a mortician.”

While delighted devotees of the star whose career spanned 5 decades stand to applaud, anyone who just enjoys a classy rendition of the Judy Garland repertoire isn’t let down either.