Home / LIFESTYLE / REVIEWS > / FILM REVIEWS / If anyone could pull it off, it’s Luc Besson – but he doesn’t 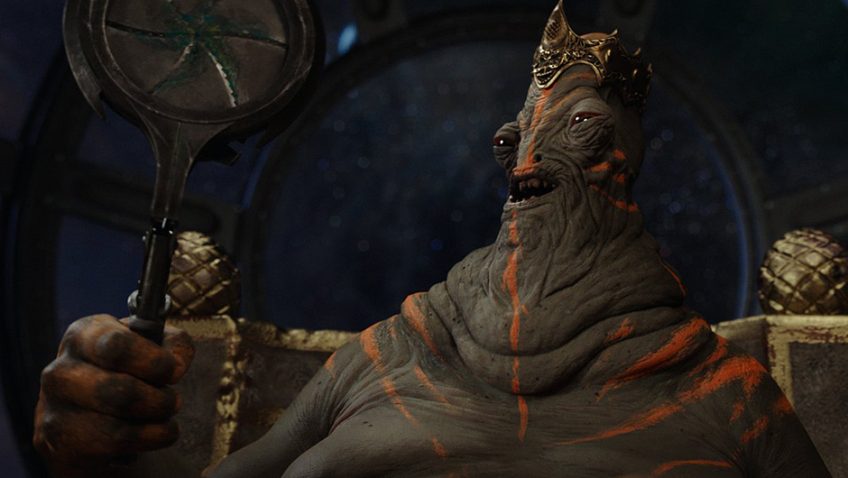 If anyone could pull it off, it’s Luc Besson – but he doesn’t

What is so interesting about Valerian and the City of a Thousand Planets is writer/director/co-producer Luc Besson’s willingness to gamble on the market’s ability to absorb another big budget 3D Sci-Fi thriller – one that is adapted from a little known French comic series. It’s not just about the special effects, which must inevitably compare with all the American space films; it is the challenge of creating a credible new world for year 2740 and characters we want to be with. If anyone can pull it off, it’s the man responsible for La Femme Nikita, Léon: The Professional, District 13, The Fifth Element and more recently, the fresh and engrossing Sci-Fi thriller Lucy, starring Scarlett Johansson. That Besson does not pull it off in Valerian and the City of a Thousand Planets is not for want of trying. The energy is undeniable and the sheer number of characters, costumes and locations impresses, although mostly as a logistical nightmare. The cast contains a mix of ‘hot’ new stars and the wonderful tried and true Ethan Hawke, Clive Owen, Rutger Hauer, Sam Spruell, Mathieu Kassovitz and even a cameo from Herbie Hancock. The romantically attached lead duo, Major Dane DeHaan (Kill Your Darlings, The Amazing Spider Man, Chronicle) and Sergeant Cara Delevingne (Suicide Squad, Paper Towns) make intergalactic space travel the norm, and every place they visit is inventive, even if everything looks a tad familiar from other Sci-Fi films, notably Total Recall and Guardians of the Galaxy.

The film begins with a protracted dream about a non industrial humanoid race living in a tropical paradise that is haunting Valerian (DeHaan), a special agent in the ‘human’ (as in many Sci-Fi films, a variety of species cohabit) police force. On this dreamy planet, the people fish for pearls while a somewhat androgynous carefree princess feeds the pearls to a strange cross between a lizard and a hamster that reproduces the pearls in sufficient quantity to produce energy. Valerian is rudely awoken from the dream when the planet is invaded and the princess disappears. Back on the planet Alpha – a planetary melting pot of different species, languages, knowledge and cultures that all coexist fairly peacefully – business calls.

Valerian puts this dream, and the lovely princess, aside when he and his side-kick and love interest, Sergeant Laureline (Delevingne), are given an assignment. They must retrieve the galaxy’s last converter (which we eventually realise is the strange animal that Valerian saw in his dream) from a black market dealer on another planet. This simple assignment unfurls a Pandora’s box of obstacles, ordeals, dangerous adventures; encounters with weird creatures (including the shape shifting entertainer Bubble (an impressive performance from the singer Rihanna) – and of course, lots of Stars Wars-type space travel.

The relationship between Valerian and Laureline, which is at the heart of the comic is quickly established when Valerian asks Laureline to marry him. She refuses because he is a playboy and does not know what love is. So while the mission to save the coveted converter and return it to the pearl people is the plot, Valerian’s development is what the love story hinges upon. Will, during the course of their adventures, Valerian convince Laureline that he knows what love is? The assignment is nicely entwined within the love story, but sadly, neither is compelling enough to capture our imagination. Cara Delevingne in Valerian and the City of a Thousand Planets

The episodic plot is too complicated to enter into, but in the end, it all boils down to the familiar story of a rogue Commander (Clive Owen) who wipes out an entire peaceful civilization to cover up his prejudice and a misguided war. Rather audaciously, the world ‘genocide’ is used in relation to the attack on the planet Mül, and we are specifically told that six million inhabitants of Mül were killed when the human commander ordered the equivalent of an atomic bomb to be fired to destroy his enemy, but also Mül below.

What’s more annoying than summoning up the Holocaust in a sci-fi comic is that we gradually realise that the two-hour and twenty minutes could have been boiled down to the final hour, which is when we finally get to the crux of the story.

We could excuse some of this episodic meandering if it meant we could spend more time with great characters united by screen chemistry. Who cares about the plot of romcom thriller Bird on a Wire when it’s a fun-filled romp with Goldie Hawn and Mel Gibson who spar, make up and make us fall in love them both? But sadly, Besson’s decision to cast the British celebrity model and actress Cara Delevingne with the talented character actor DeHaan in a leading action man role might be the most blatant mistake of Besson’s erratic career. Delevingne might draw in celebrity-conscious young woman, but will do nothing for sci-fi fans and older viewers still loyal to the 58-year-old director.

To say there is zero chemistry between the two leads is to put it mildly. They also look too young to be the Alpha’s top special agents and, when compared with the other characters, with whom they have to engage in physical battle, too small.

Delevingne is certainly eye candy, particularly in her bikini in the opening scene, but if she can act, she shows little sign of it here. She walks through the role po-faced and wide eyed, collecting various points just for dawning all sorts of daft outfits, engaging in unconvincing fight sequences and rattling off technical jargon. DeHaan was hauntingly convincing as Lucien Carr, the troubled, brilliant student stalked by his professor in Kill Your Darlings, forcing Daniel Radcliffe’s Allen Ginsburg into the shadows. He was also captivating as Harry Osborn/Green Goblin in The Amazing Spider Man 2, a stock role that he humanised and made his own. If he performed admirably in the impossible role of James Dean in Life, Dehaan does not disgrace himself here, either. He is just miscast. Unaided by a shallow role, he cannot find the personality necessary to make us care about Valerian or his mission.