Home / LIFESTYLE / REVIEWS > / FILM REVIEWS / The Queen will not be amused 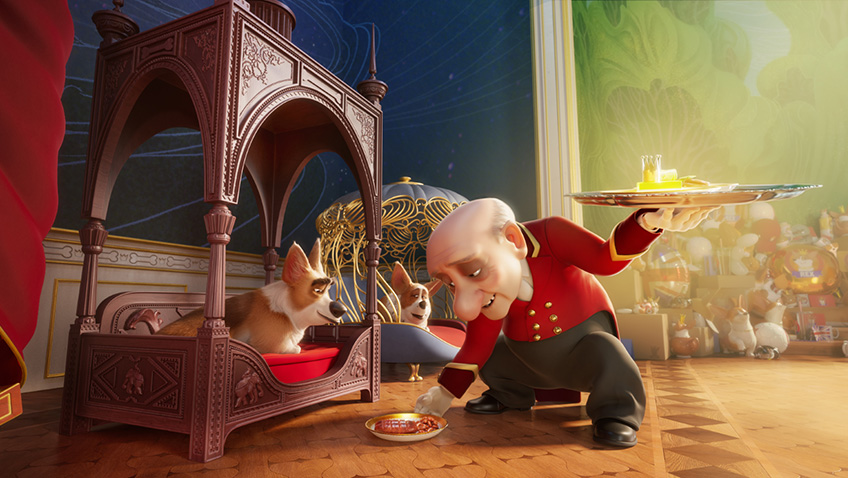 The Queen will not be amused

are the result of Belgium directors Ben Stassen and Vincent Kesteloot working out of a Belgium CGI animation company. But their British script writing team, Johnny Smith and Rob Sprackling (Gnomeo & Juliet and Mike Bassett England Manager) are clearly aiming at the international family market that might get a kick out of seeing our monarch’s pooches put to bed in plush mini thrones and having servants respond to their bell pulls. But the filmmakers are not interested in authenticity, and, for the US market, even the British accents must go. An unknown American voice actress (Mari Devon) portrays Queen Elizabeth in the US version, presumably in case Donald Trump voters cannot understand Julie Walters.

The reference to Trump and his voters in this review is no more gratuitous and facile than is his appearance early on in the film. President Trump (Jon Culshaw) arrives for a private dinner at Buckingham Palace with Melania (implausibly dressed in a tight, hot pink pants onesie) and presents the Queen (Walters) with a vulgar female Corgi, Mitzy (Sarah Hadland) to cement the ‘special relationship’.

The Queen’s new favourite Corgi, Rex (Jack Whitehall), a loving gift from Prince Philip (Tom Courtenay) is chosen as the lucky male who is left to spend the night with Mitzy. Some viewers might see this as a rather distasteful parallel to the pairing of the dog-loving, American Duchess of Sussex with Prince Harry.

Mitzy is portrayed as a villainess: an aggressive, American floozy – Mitzy is heavily made up like a showgirl – determined to produce an heir. Rex is so horrified that Mitzy has to assault him in an attempted rape. Rex escapes to the dining room and he is catapulted into the President’s crotch as the President is about to sip his green soup. The plate splashes onto Her Majesty’s white gown and Trump and Melania storm out, cancelling the state visit. Young children might find this part fun. 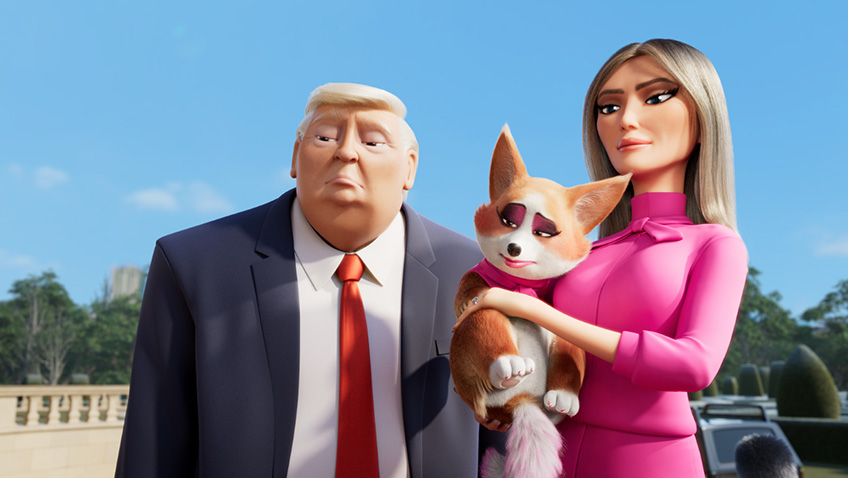 When the Queen tells Rex that he is in the dog house, Charlie (Matt Lucas), the secretly covetous second-in-line for the title of Queen‘s favourite, suggests that they go live with the Pope and the two escape into the city. This part of the story might, unfortunately, remind viewers of the 2015 film A Royal Night Out based on the story that the young princesses went out on the town on VE Day to mix with their ‘people’.

Suffice it to say, Rex is picked up as a stray and taken to a dog shelter where he is thrown into a cell with loquacious Jack Russell, Jack (Iain McKee) and a big, quiet dog named Chief (Colin McFarlane) who sleeps all day. Rex’s protests that he is the Queen’s favourite fall on deaf ears.

The filmmakers demonstrate their compassionate credentials with scenes of potential owners coming to adopt the dogs. Jack and Chief are always rejected. One such visit provides the opportunity to make a crude gay joke, relying on the ‘Queen’ pun and a flamboyant Caribbean wearing a bright pink hat, the type you see at Royal Ascot. You have to wonder if even Vladimir Putin will laugh. 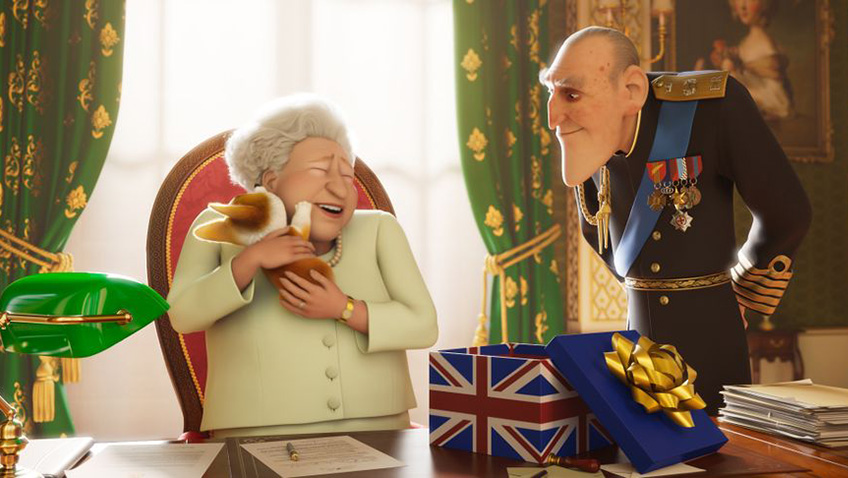 Rex does not want to be chosen. He is still harping on about how the Queen of England will rescue him. Normally, we would feel sympathetic to a dog separated from his owner, but Rex, with his posh accent, whining and airs, is not the most likeable hero. When Wanda (Sheridan Smith), a pretty Persian Greyhound, sees Rex’s picture on a guard’s coffee mug, visions of a royal wedding prompt her to break up with Tyson (Ray Winstone). Tyson, a possessive Pitbull alpha male bully, is not going to let Wanda go without a fight.

When Jack and Chief tell Rex that he doesn’t stand a chance with Wanda, Rex replies, ‘there is nothing a lady likes more than a bit of refinement.’ He need not flatter himself. Wanda’s change of heart is so sudden that it has a lot more to do with her visions of luxurious digs, big fireplaces and pampering than with Rex, but she’s a convincing actress. This is not just the reverse of Lady and the Tramp, but a relationship based on a life of privilege is a dubious message to impart to young audiences. To be fair to Wanda, none of the females in this movie escape with their dignity, including the Queen.

The dogs can read, by the way, and, after seeing a big of torn newspaper, Rex realises that the Queen is not out looking for him as she believes he is dead. Rex and Wanda hatch an escape plan to reclaim Rex’s proper home and status.

is a predictable story of canine privilege and a doting old lady who has nothing to do but put fancy collars on dogs in elaborate ceremonies with pomp and circumstance. Royalists and Republicans alike will cringe, as no one can deny the work Elizabeth II does. As for the Queen, it is unlikely she will be amused.