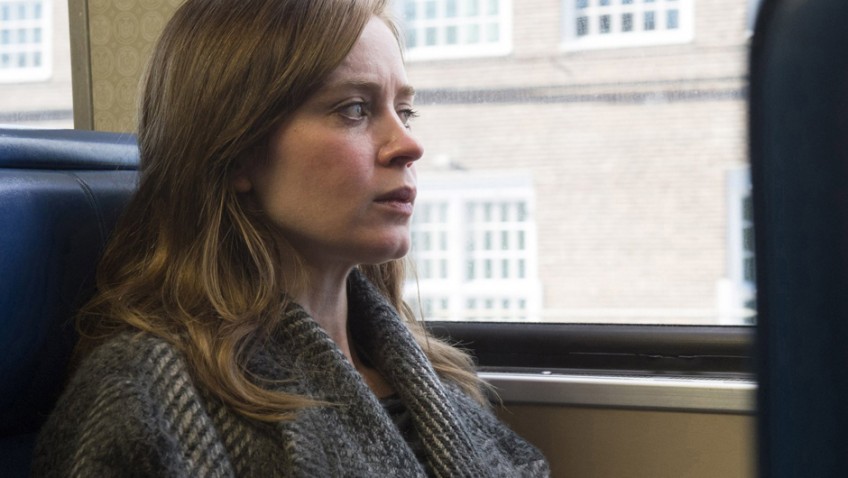 Joyce Glasser reviews The Girl on the Train (October 5, 2016)

So far, we have two best-selling murder-thrillers that both have unreliable narrators and the word ‘girl’ in the title when the girls are, or were, married women.  There will surely be more and that means more film adaptations that, despite the talent and budgets do manage to capture the cleverness, the thrills or the psychological coherence of the source material. Two years ago we had the film Gone Girl! and now we have the disappointing adaptation of Paula Hawkins’ ingeniously constructed mystery-thriller The Girl on the Train. 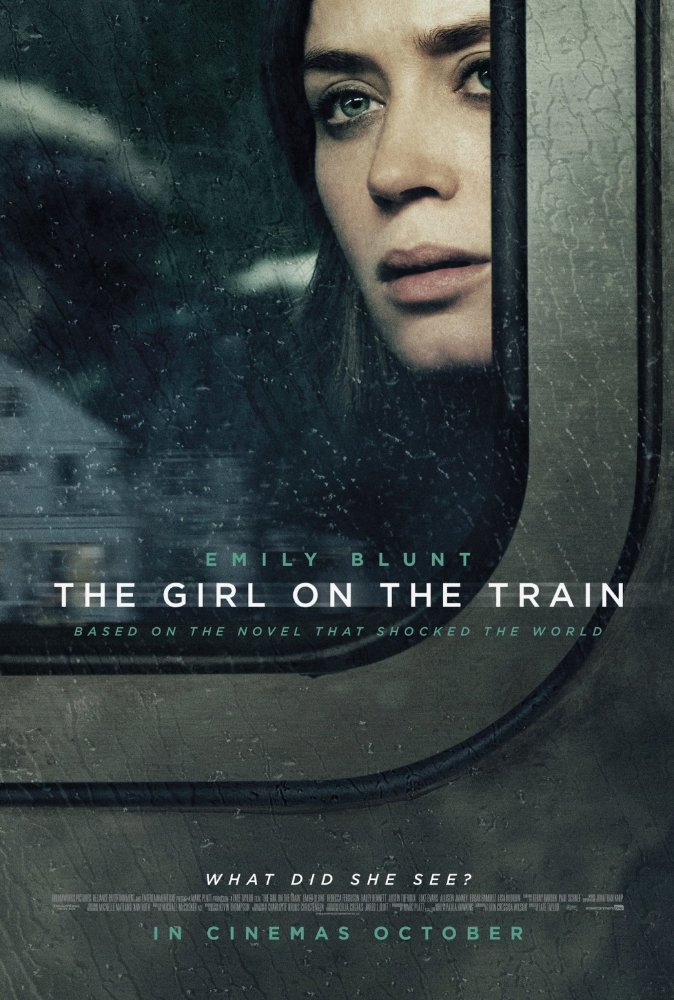 The estimated 11 million readers of the book who will go see Director Tate Taylor’s (The Help) and scriptwriter Erin Cressida Wilson’s (Chloe, Secretary) film adaptation will go out of curiosity.  When you know the plot, all the red-herrings and even the ‘who done it’, all that’s left is to compare your vision of  abused, misunderstood alcoholic Rachel Watson with actress Emily Blunt’s portrayal and find that the two are pleasingly similar. Those who haven’t read the novel will admire Blunt’s convincing performance, but will wonder what all the fuss is about.

For those who haven’t read the book, it is about three men and three women whose lives become connected by infidelity, large homes on a commuter train line, and by the eponymous alcoholic commuter derailed by the discovery that her beloved husband Tom Watson (Justin Theroux) is having an affair with Anna (Rebecca Ferguson).

Rachel commutes into work. At least, that is what we and her supportive friend Cathy (Laura Prepon), who is renting Rachel a room, believe.  Everything Rachel sees from the train prompts her to recall the life she lost before and after Tom ditched her.  Cathy puts up with Rachel’s erratic behaviour, untidiness, vomiting and depression, at least until police detective Sgt Riley (Allison Janney, in surprising casting) pays her a visit.  Suddenly, and welcomely, the film turns into a Hitchcockian mystery with a body, red-herrings and a detective is possibly chasing an innocent suspect.

On the train, Rachel fantasises about the lives of people she sees out of the window of the train and her propensity for travelling with vodka in mineral water bottles or little bottles of Chenin Blanc facilitates the blurring of fantasy and reality.  Rachel is suspicious of everyone, and, as it happens, she has cause to be.

While Anna (Rebecca Ferguson) snatched Tom away from Rachel, Anna, now living in Rachel and Tom’s house with a new baby, finds that Megan Hipwell (Haley Bennett), her babysitter, may be doing the same.  Megan, who has married possessive, but handsome Scott (Luke Evans), is so unhappy in her housewife role that she visits a shrink, Dr. Kamal Abdic (Edgar Ramirez).  While Megan is horrified by Scott’s desire for children, she seduces Dr Abdic, sleeps with Tom, and then ends up, like in Bridget Jones’s Baby, not knowing who the daddy is but is determined to keep it!

It is when Rachel gets off the train that all the trouble starts.  Knowing how terrible it feels to be cheated on, Rachel pays Scott Hipwell a self-righteous visit when, from the train, she sees Megan kissing another man.  Rachel is out on a limb however, in the credibility department with her insecurities, black-outs and embarrassing alcoholic trances, one of which, Rachel guiltily admits, cost Tom his job. And Tom, who is just protecting his new wife and baby, never lets Rachel forget all this.

For the American market no doubt, the setting is no longer along the Ashbury-Euston commuter belt line, but on the more cinematic river-view line that transports City workers from wealthy Westchester county along the Hudson River to NYC. English-born actress Emily Blunt, who recently married and became a naturalised American citizen, was also transported but curiously, retains a faint British accent for the role

One of the problems with the book that is accentuated in the film, is that you will struggle to find the characters likeable, or more importantly, interesting.  But that is not the only problem with The Girl on the Train.  Erin Cressida Wilson, who specialises in creepy, semi-erotic stories about damaged women with low self-esteem trying to reclaim their lives, is certainly the right choice for this adaptation, but neither the script, nor Taylor’s direction brings the book, overrated as it is, to life.

Although this is anything but a feminist story, the book and film alternate between Rachel’s, Anna’s and Megan’s points of view.  In the book we get dates which we can flip back to, but on screen, what are we supposed to do with captions of ‘Four months earlier’ and ‘Two months earlier’?  As we panic to remember what ‘earlier’ was, the requirement that we now put a chronological construct on Rachel’s hallucinations is a challenge too far.  As for the three women’s point of view, in the film in particular, only Rachel’s is distinctive.  And Rachel’s point of view, even when she is blacked out or coming to, is unimaginatively rendered, undermining Blunt’s admirable portrayal of a drunk.  There is a long, shock ending, that you ease into in the book as it shifts point of view and is described rationally, if impressionistically. But you need a special director, indeed to put the final scenes on the screen without eliciting laughter and groans from the audience.