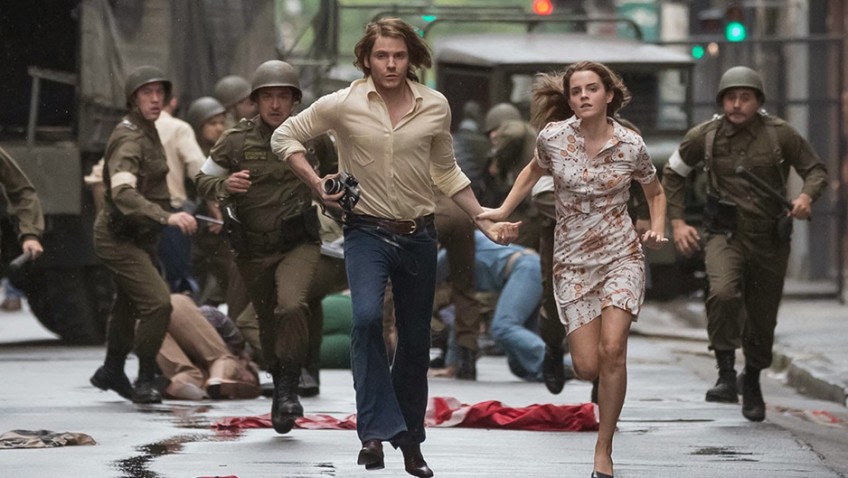 You have to feel for German writer/director Florian Gallenberger.  He spent years researching a riveting, if horrific, true story based on a commune in rural Chile that contributes a new chapter to the stories of the ‘disappeared’ during the Pinochet military dictatorship.  His passionate attempt to reveal an ugly story and the ugly truth about his own government’s complicity are laudable.  Unfortunately, little of that passion or truth comes across in a film that seems to have bowed to the demands of international finance. 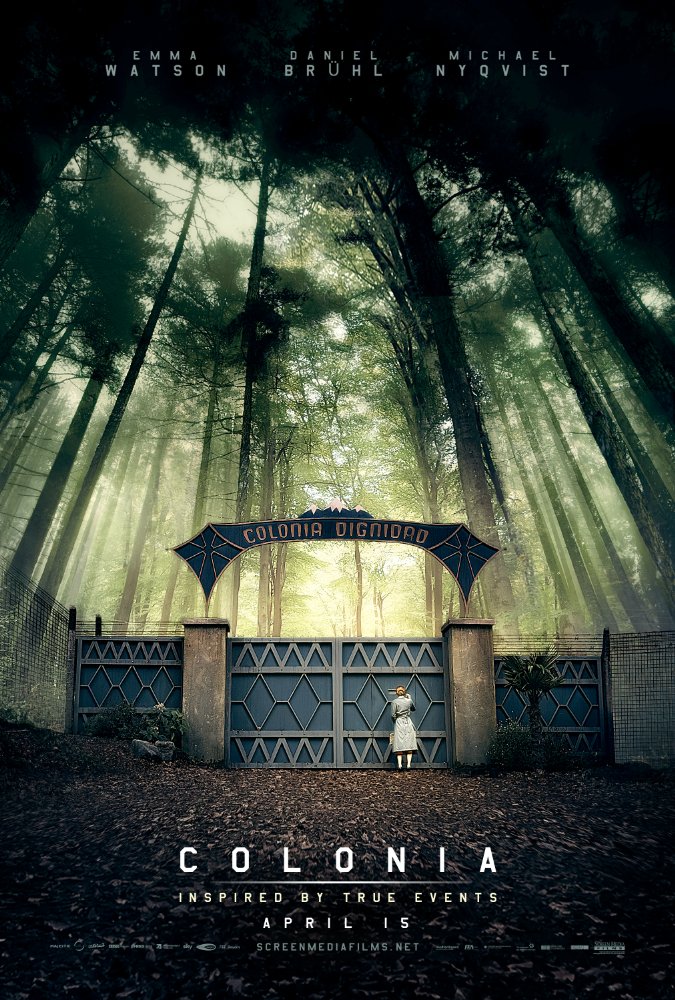 The ironically named Colonia Dignidad was a cult founded in 1961 by convicted German paedophile Paul Schäfer and a group of fellow German immigrants who settled in Chile.  Schäfer bought up 30,000 acres of land in Parral, 210 miles south of Santiago, and turned it into a farm that supplied food to the country.  He also provided weapons and torture chambers (or interrogation rooms) to the Pinochet government.  There was even an underground tunnel system that led outside the electric fence as portrayed in the film.

It is as a dissonant prisoner of the 1973 military coup that unseated democratically elected Salvador Allende that Daniel (Daniel Bruhl, ‘Captain America’, ‘Rush’) is ‘arrested’ and carted off to Perral, with no idea where he is going. He had been enjoying a romantic weekend with his new girlfriend, a Lufthansa air stewardess named Lena (Emma Watson, Harry Potter, The Bling Ring), when he receives a call alerting him to the coup.   Instead of going into hiding, and ignoring Lena’s pleas, Daniel takes to the streets photographing the brutality of the coup.

The coincidence by which Daniel and Lena bump into one another on the streets of Santiago while she is on a lay-over is a rather bizarre construct when the rendezvous could have just as easily been planned.  But when Lena dresses like a novice nun and heads by herself to Perral to join the cult, you have to start questioning her sanity or the script. 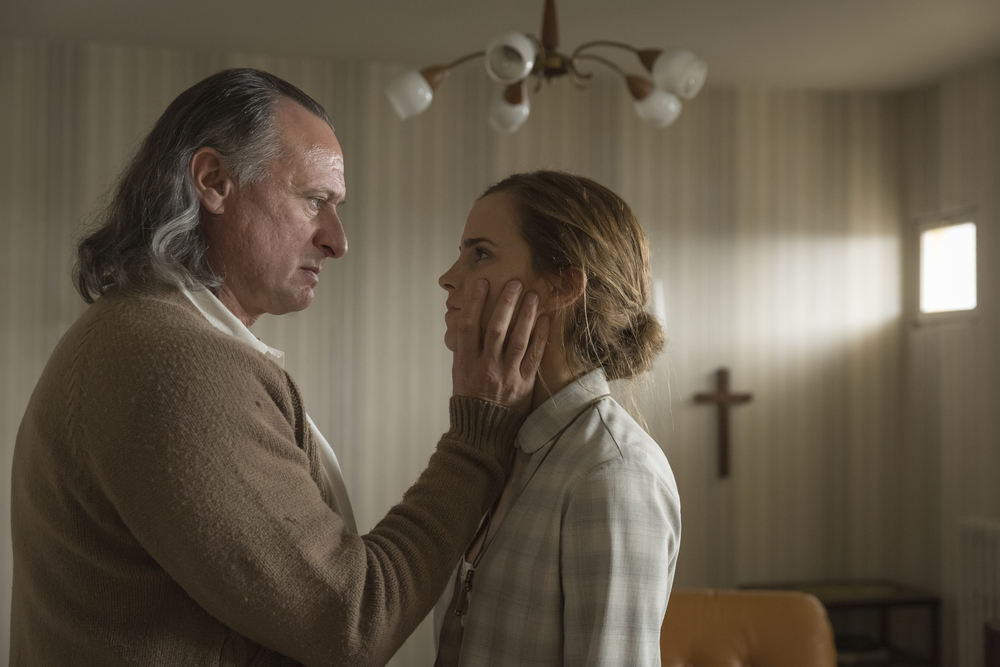 For the remainder of the film we experience scenes of torture (Daniel’s) and psychological torture plus cruel and degrading treatment (Lena and her female roommates).  Lena’s first meeting with Schäfer (a very scary Michael Nyqvist (The Girl with the Dragon Tattoo) leaves her in doubt that she is in deep trouble.  Schäfer doesn’t believe her religious commitment story and, recognising someone a bit too smart to be brainwashed, has her watched.  Lena slaves in the fields all day in the hot sun under the eagle eye of taskmaster Gisela (British actress Richenda Carey) and is whipped if she stops for water.  Her only friend, Ursel (Vicky Krieps), is beaten nearly to death by a group of men when it is discovered that she, and a male member of the cult, have been in a relationship.

Not only are women and men separated, but parents and children are, too, and it is not until the end of the film that learn that the cruel Gisela is someone’s mother. All The little boys who sing in the choir and are then molested by Schaefer have either been kidnapped from the surrounding farms or are the offspring of cult members. The film is far less interested in the boys (although, when he was finally found in 2006 – he had gone into hiding after the fall of Pinochet – it was for abusing 25 children) then with Daniel’s elaborate escape plan.

Critics and audiences are still debating whether Watson’s character is British – which explains why she is speaking to Daniel, who is German, in English — or whether she is supposed to be German.  The fact that she speaks English with Daniel is a point in the ‘Lena is British’ camp.  And, it has to be said, the pretty, but painfully thin Watson looks like an English Rose, particularly with her Harry Potter associations.  But surely she is meant to be German as she works for Lufthansa, and, as the far-fetched ending reveals, is very close to the German pilot on that particular flight.

That scenario would also explain why she does not go to the British Embassy, but falls victim, like Daniel, to the complicit German Embassy.  The Embassy today claims it did not turn a blind eye, but did not do what it should have to protect its citizens.  Apparently in the real commune’s 40 year history, only 5 people escaped.  Those who thought they were escaping and complained to the German Embassy, were returned by the German Embassy to the Commune.

But whether Lena is British or German it does not explain why everyone speaks English in a commune where the only two languages spoken were German and Spanish.  This, and the superimposed romantic escape plot might have been expedient to gain funding, but ultimate distract from the any authenticity gained by Gallenberger’s meticulous research and the fascinating, horrific story.