Home / LIFESTYLE / REVIEWS > / FILM REVIEWS / Although this is a feel-good film, it makes us think about the large pockets of inequality around the world 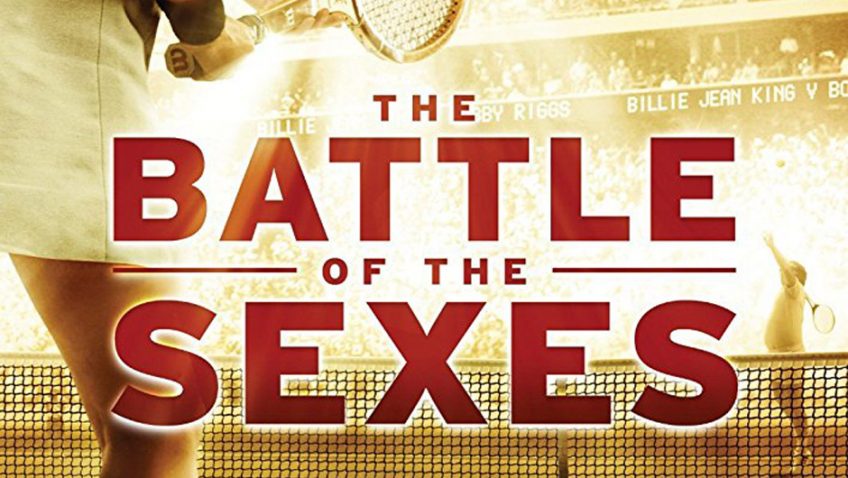 Although this is a feel-good film, it makes us think about the large pockets of inequality around the world

Commenting on her landmark tennis match against retired tennis star Bobby Riggs on September 20, 1973, tennis champion Billie Jean King said: ‘It wasn’t about a tennis match; it was about social change.’ Fittingly, The Battle of the Sexes

is being released to coincide with Wimbledon, a title King won six times from 1966 to 1975. Fittingly, too, the title of this entertaining and informative documentary refers not only to the most watched tennis match in history, but to the larger battle for women’s rights that was being fought off the tennis courts by the likes of Gloria Steinem.

As abortion rights are being rescinded in the USA, female gender mutilation is being practiced in the UK, the rape culture of India continues claiming victims and unequal pay in the UK persists, co-Directors James Erskine and Zara Hayes remind us of a time, not too long ago, when the Women’s Liberation Movement gained an invaluable supporter in the person of tennis pro Billie Jean King.

King, who was the founder of the Women’s Tennis Association and instrumental in the long struggle to give women parity with men in prize money, was aware of the dual struggle she faced: “I decided that I was going to spend the rest of my life fighting for equality. I realised tennis would be a platform if I could be No. 1.” When she became the Number 1 ranking female tennis player in 1966, she made her fame count.

Ironically, though, it wasn’t King who accepted the self-publicising clown Bobby Riggs’s first challenge, but Margaret Court. Once a World Number 1 tennis player and Wimbledon Champion in his own right, Riggs loved to declare on radio, television and at any public gathering, that men were superior to women. He enjoyed taunting women, too, by bragging that he was going ‘to set back women’s lib twenty years.’ When King bumped into Court in a lift shortly before Court’s match with Riggs, she said, ‘Please, Margaret, make sure you win.’ Margaret, prone to nerves, was slaughtered and Riggs became even more famous – and insufferable.

The only female player to shut him up was King, and, for the sake of the movement, she finally accepted the challenge – and negotiated a $100,000 winner-take-all-deal. The Houston Astrodrome was the only venue big and modern enough to accommodate the match, which was televised to add to the players’ nerves. Everyone who was anyone was present, from singer Andy Williams to fighter George Foreman. When one journalist asked Riggs, ‘Can you beat her, referring to King, he replied with confidence, ‘I can kill her.’ King was only too aware that nothing less than the future of sexual equality rested on her racket.

As the film shows, 1973 was a big year in the women’s rights movement, and 20 September 1973, the day of the Riggs/King match was as big as 22 January, when abortion was legalised up to the third month by the Supreme Court. But King had more personal reasons for accepting the challenge and you wish the film had devoted more time to King’s private life. By 1973 she realised that she was gay and couldn’t stay married to her supportive husband, Larry King.

After her victory, King was, and is still today, a major inspiration to female tennis players and women working in a man’s world. Although this is a feel-good film, it makes us think about the large pockets of inequality around the world. It should be compulsive viewing for young women who take for granted their personal freedoms and workplace rights.