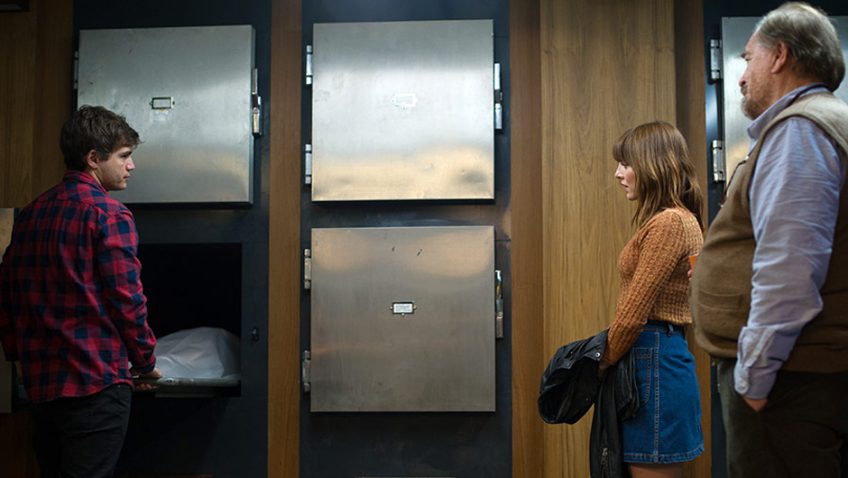 An original, promising horror film eventually goes off the rails

Between 2008 and 2012 the UK experienced a welcome invasion of Scandinavian cinema (as opposed to television series), which included Andre Øvredal’s well-received mockumentary Trollhunter of 2010, a celebration of Norwegian folk legends that gave a new lease to the tired ‘found footage’ genre. The great Norwegian outdoors and Øvredal’s dry humour are absent from his English language supernatural horror film, The Autopsy of Jane Doe – unless you have a very generous sense of humour. Then again, it’s not every film where the corpse in the morgue is not a dummy, but played by a young Irish model (Olwen Kelly) whose big brown eyes are reportedly now set on conquering Hollywood. 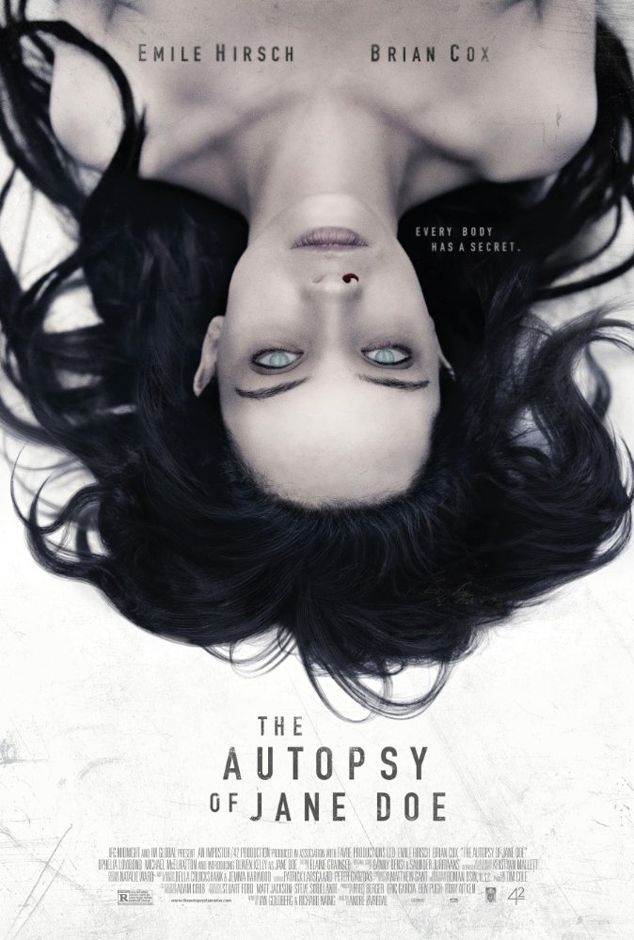 The film opens on a horrific crime scene in the quiet town in Grantham, Virginia where the entire Douglas family has been viciously slaughtered. Lying in the basement, detectives have discovered a very different corpse: the pure, white, unblemished, perfect body of a beautiful 20-something woman. Her eyes seemed to have clouded over already, as they are a clear, light blue with no retina. The police and forensics’ team swarming the house have verified that she is unrelated to the Douglas’ and there are clues as to her identity. A police woman declares there was no forced entry, and adds, on the contrary: ‘it’s almost as if they were trying to break out.’

Sheriff Sheldon Burke (Michael McElhatton) has the body taken to Tilden’s Morgue and Crematorium because Tommy Tilden (Brian Cox) works from home and Burke needs the COD (cause of death) by the morning. Tommy, a guilt-ridden widower, is training his son Austin (Emile Hirsch) in the family business. When Tommy goes outside for a break we see that business is carried out in the basement of his rickety, sprawling, white clapperboard house – which is suitably isolated.

Austin is due to go out to the movies with his girlfriend of two years, Emma (Ophelia Lovidbond), who has stopped by for that purpose. She persuades him – with Tommy’s encouragement – to let her into their inner sanctum to see a dead body. When Emma notices a bell on the toe of one corpse, Tommy explains that bells were once used as an indicator that the body was really dead.

As Burke pushes Jane Doe’s body into the lift and down to the basement, Austin feels obligated to stay and help his father. Feeling torn, he suggests that Emma return at 11 when they will catch the midnight movie and go for a drink. He reassures her that the job, with its anti-social hours, is temporary as his heart is not in it. 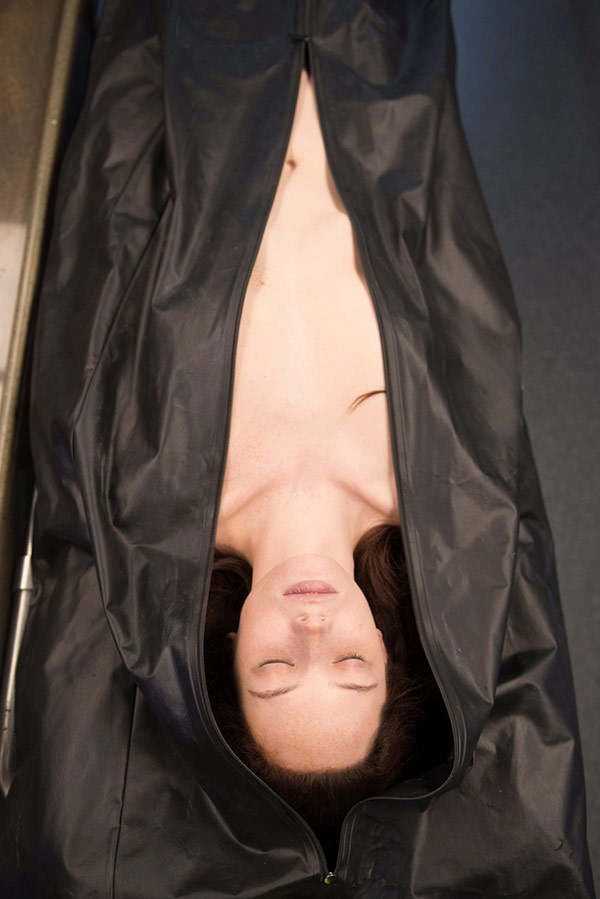 Olwen Catherine Kelly in The Autopsy of Jane Doe

The autopsy begins in a standard manner, but it is not long before Jane Doe presents some challenges for Tommy, who thinks he has seen everything. Evidence points to the corpse having died in the America Northeast, but it also points to the 17th century. As the increasingly baffling and gruesome medical findings accumulate, it becomes clear that Austin won’t make it to the midnight movie.

The Autopsy of Jane Doe, written by Ian Goldberg and Richard Naing, is a case of a great title, a talented director, a terrific premise and a compelling first act that promise more than they ultimately deliver. The poor, talented lead actors are impressive, but the story starts to fall apart after the first 30 minutes of its 85-minute running time. This is particularly a shame for Emile Hirsch, whose career you cannot help feeling, never recovered from the American Film Academy’s failure to recognise his masterful performance in Sean Penn’s brilliant film, Into the Wild. As for Brian Cox, this wonderful Shakespearian actor has the range to portray the manager of a primate centre in The Rise of the Planet of the Apes and the first Dr Hannibal Lecter, the cannibalistic serial killer in Michael Mann’s 1986 Manhunter.

Øvredal is a master of creating atmosphere and tension, and Hirsch and Cox make you believe that Tommy and Austin are really a skilled father and son team in over their heads. There are some nice touches, such as a radio that repeatedly plays ‘Open Up Your Heart and let the Sun Shine In’ during a suspect storm and as Tommy is opening the corpse’s chest cavity.

After the half-way point, however, it becomes apparent that the writers have dug themselves into a hole. As an original, creepy thriller turns into a standard haunted house slasher, the plot goes into a ‘Night of the Living Dead’ overdrive and it’s anybody’s guess whether at any given point the elevator door will open or not.

When this happens, you start to ask yourself questions, which is never a good idea in a horror movie. Why, you may ask, is the FBI not involved in a crime of this magnitude, particularly when the killer is at large and the motive was not robbery? Why does Austin ask Emma to return to the morgue on her own late at night when she has already come out once and would logically be waiting at home while Austin finishes his work? Doesn’t he drive? And why does it take Burke several hours to respond to Tommy’s uncharacteristic SOS? Granted, Tommy’s phone call is cut short because, as Burke informs him, the line is breaking up. But that alone should have raised an alarm because there are no storms or power outages on Burke’s end.