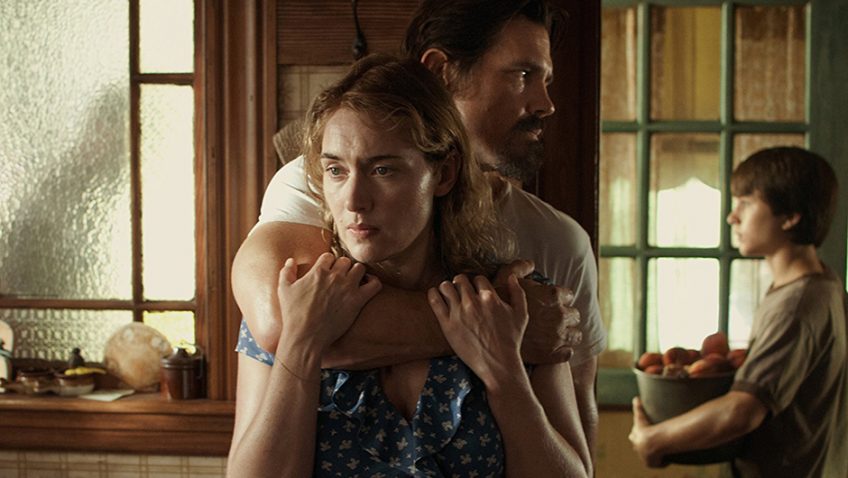 Since 2005, writer/director Jason Reitman has made three very good, culturally significant, humorous and highly original films (Thank you for Smoking, Juno, Young Adult) and one great film, Up in the Air: nominated for six Academy Awards and, scandalously, awarded none. It is therefore surprising that for his fifth feature, he would have chosen to adapt Joyce Maynard’s 2009 novel Labor Day

, a clichéd love story that is closer to a Nicholas Sparks gushy romance than to vintage Reitman. The film is worth seeing, however, for Kate Winslet’s astonishing performance – reminiscent of her performances in Revolutionary Road and the underrated Little Children – and for the sizzling chemistry between Winslet and co-star Josh Brolin (American Gangster, True Grit).

It is relevant to the plot to point out that Labor Day is an American holiday that takes place in early September before the children return for their first day back at school. Of less relevance, but of interest, Joyce Maynard is the writer best known for her student romance with the 53-year-old reclusive author J.D. Salinger, and condemned by many for betraying his wish for secrecy by writing a memoir and auctioning his letters to her.

The story is narrated by 30-year-old Henry Wheeler (Tobey Maguire, The Great Gatsby) looking back on one weekend in the late 1980s that changed his life. Thirteen-year-old Henry (Gattlin Griffith, The Changeling) lives with his mother, Adele (Winslet), a lonely divorcee whose comfortably middle-class husband lives with his new family in the same semi-rural community (the film was shot in Massachusetts). While Henry is obsessed with his changing body and dreams about girls, he is also unhealthily close to his depressed mother and feels responsible for her. Generally housebound, it is on a rare trip to the grocery store with Henry that she and her son are kidnapped by a bearded stranger seeking shelter for the night.

Adele and Henry are initially frightened because Frank (Brolin) is an escaped convict. But soon they realise the reality is not what it appears on TV or in the local papers. In a series of annoying flashbacks we learn that Vietnam War veteran Frank was unfairly jailed for murdering his unfaithful wife in what was a freak accident that also killed their infant son. From what we can tell, this travesty of justice occurred for want of a decent lawyer, and half way through the film, you expect Adele to start a legal battle to overturn his sentence.

If never quite certain of his innocence, Adele and Henry are converted by Frank’s domesticity. Frank teaches Henry how to hit a baseball, repair anything broken and cook a mean apple pie. Since they were preparing for another weekend eating tinned food, Frank’s culinary skills are quite a treat. The chemistry between the adults is such that even Henry notices it – with mixed emotions.

Over the weekend both sex-starved adults find comfort in one another’s company and quickly fall in love. Far from being afraid of Frank, Adele is now afraid of losing him. But if they are found together, she may go to prison for aiding a criminal and will certainly lose custody of Henry.

At first, Henry is happy for his mother and enjoys being part of a normal family again. But, Henry is attracted to a new classmate, Mandy (Maika Monroe) as troublesome as she is troubled. She convinces Henry that Frank wants to get rid of him and Henry becomes worried when he overhears the adults discussing a quick move to Canada. This rushed and distracting episode with Mandy becomes, in the film at least, a kind of red herring when Adele and Frank assure Henry that they had no intention of leaving him behind.

While the film is essentially an adult love story, the novel is a coming-of-age story and the film is schizophrenically torn between the two. It is not helped by the narration or by the fact that Gattlin Griffith is not a particularly dynamic actor or an immediately likeable character.

While we feel for him, the love story overpowers our concerns for his hang-ups, and we can scarcely forgive, even if we can understand, a letter he sends to his real father, sealing his mother’s fate. Strangely, too, Reitman’s controlled hand is nowhere evident in the mawkish and melodramatic flashbacks. A dramatised but post-scripted ending gives the audience some satisfaction and closure, but feels tacked on, reminding us we have been watching an adaptation from a novel.