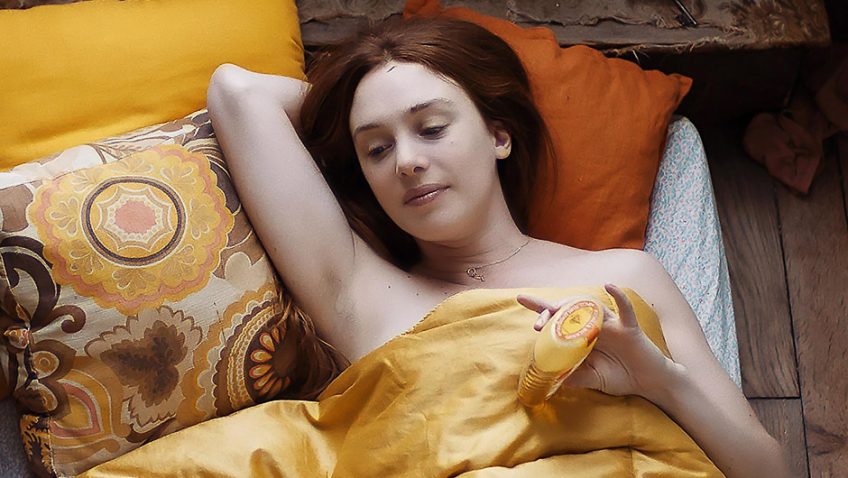 Co-writer/director Léonor Serraille’s debut feature opens in medias res and at full throttle. Paula a 31-year-old eponymous young woman with pale skin (Laetitia Dosch) and a deep red mane of hair is pounding loudly on the door of a flat in Paris’ left bank. She is becoming increasingly hysterical when her older ex-boyfriend, Joachim (Grégoire Monsaingeon), a photographer, will not answer the door. She is homeless having just returned to Paris after a long absence with no plans and no money.

When she ends up in a cell for a psychiatric evaluation she stares at the camera and rants. ‘I hate France; that’s why I left…He told me I needed to grow up. He said the photograph he had of me wasn’t really me but the woman I was growing into.’ Jeune Femme

takes us on a riveting and emotionally charged journey with Paula as she awkwardly, painfully and tenuously starts to grow into that woman.

Paula is angry. Joachim took a photo of her that made his name and now she has nothing to show for it but a bloody head from banging it against his door. She is less beautiful than striking and enticingly sexy. As her interview continues she tells the doctor that, ‘I’m not very intelligent. That’s life. But I’m honest;’ a self-assessment that turns out to be pretty accurate. And then she breaks down: ‘it’s just that I was everything to him, and now I am nothing,’ she moans. Struck by Paula’s dependence on Joachim, the doctor says, ‘you’re unhappy now, but you’re a free woman.’ Instead of welcoming this news, she has a fit and is hospitalised. Paula escapes from hospital and discovers what she feared: that freedom is scary.

After insulting her hostess at a party she is invited to, Paula shows up at the home of a man with whom she had danced at the party. When he approaches her sexually she tells him to, ‘go touch yourself’ and leaves. She breaks into Joachim’s flat and leaves with some clothes and a neglected cat. Now Paula needs money for the vet, who says she trusts Paula to return with the payment. And Paula proves herself to be honest. After selling her last bit of jewellery for the vet bill, she looks for a job. Her first impression is not a good one. ‘I don’t think you’d be suitable’ a shop employee tells her. Paula mumbles, ‘I’d rather be dead than work in a knickers’ shop.’

Slowing a pattern of rejection, resentment and inappropriate responses to rejection is building up, but whether or not this fear of rejection began with Joachim or with her parents is made even more ambiguous when she follows her estranged mother (Nathalie Richard) into a cinema. ‘You always leave, just like your father,’ is her mother’s frosty greeting, before declining Paula’s suggestion to have lunch because she is too busy with work. ‘But you wouldn’t understand, never having done a day’s work in your life.’ Their meeting ends with her mother telling Paula, I never want to see you again.’ 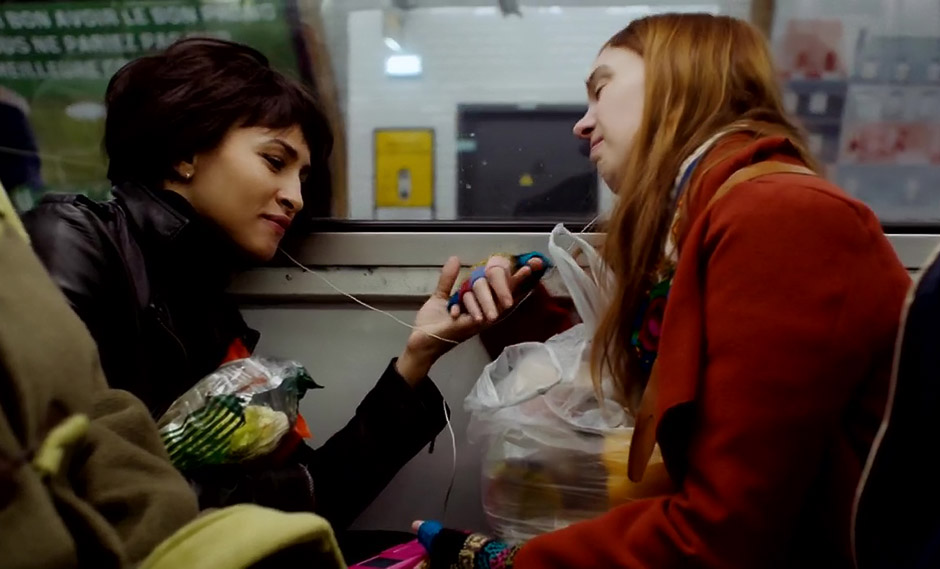 An encounter with a well-off lesbian (Léonie Simaga) in a case of mistaken identity gives Paula a temporary place to stay and help finding a job. Miraculously, as she has no references, Paula lands a job as a live-in nanny for a single mother. While apologising to the cat about the manky maid’s room, she adds, ‘we’ll build up strength together.’ That is not a throwaway line for it is not only the cat that is fragile.

To supplement her income as the nanny, Paula lands a job, ironically, selling lingerie in a department store. She befriends a security guard and single father, Ousmane, (Souleymane Seye Ndiaye), a refugee who, like most of the sales girls other than Paula, is overqualified for the job. While her colleagues are using their sales jobs as a stepping stone as they study for degrees, the job is a life-line for Paula, offering her the routine and sense of accomplishment that she needs. Instead of being put off by what she calls her ‘shitty job’, she admits that she likes it. For a woman who has spent her life living from hand-to-mouth, for the moment, and through the generosity or otherwise of others, this job is a new focus, a responsibility. 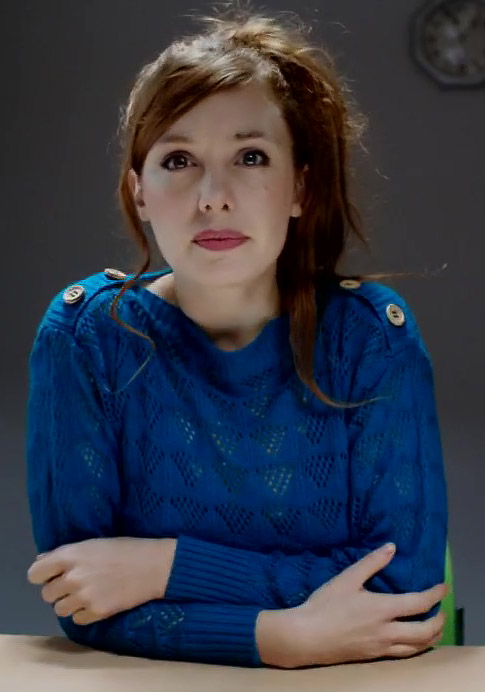 As Paula’s relationship with six-year-old Lila (Lila-Rose Gilberti), improves in a sequence of comic relief, so trust between her mother (Erika Sainte) and Paula breaks-down. ‘Why don’t you like me?’ Paula asks Lila after the little girl rejects guessing games and singing songs. ‘I didn’t say that,’ Lila replies and so Paula tries a different approach. Paula has a fun-loving, adventuresome and childish side that appeals to the little girl who finds it a respite from her regimented life. As they go swimming together, eat candy floss and wander through a shopping mall getting home late Lily is delighted. But their time together doesn’t involve helping Lila with her lessons, which was part of the job description.

In addition to that problem, Lily’s mother is furious that the house is not cleaned, and when she discovers Paula has been harbouring a cat, Paula clings to the job by asking an obliging Ousmane to take it in. But when Lila’s mother finds out that Paula is not a student, as she assumed, but is a salesgirl, the job is over. Paula, homeless once again, goes to visit Joachim. But this time things are very different.

is a character study, and the breezy score, by Julie Roué, Clémence Carré’s editing and Emilie Noblet’s cinematography combine to support the character who is at turns manic and insouciant and depressed and paralysed. Early in the film when she is obsessing over Joachim’s betrayal, Paula returns to the photograph. ‘He said it would make me immortal. But for once I want to have the courage to be mortal.’ That line does not sound unnatural and scripted early in the film. But if you remember it at the end, you might find that it sums up Paula’s daunting challenge.