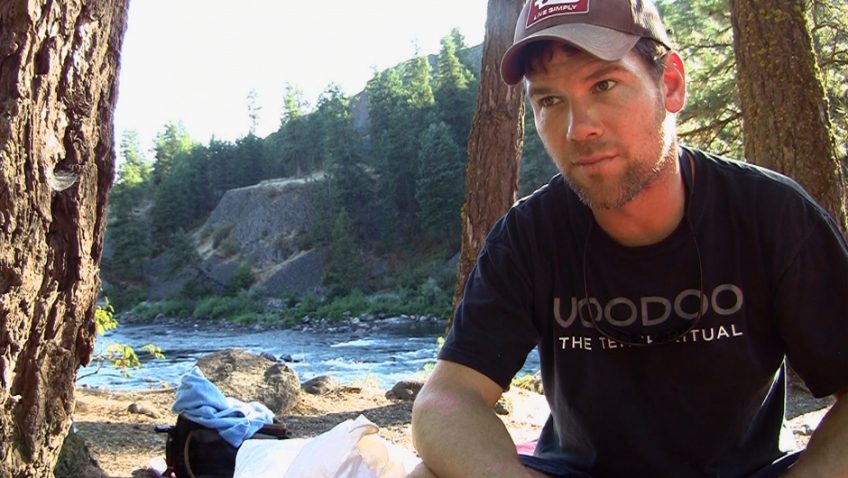 The powerful and inspirational story of a football hero’s legacy

If there is a more inspirational, yet emotionally depleting film out all year, I want to see it.   Written and directed by Clay Tweel (Finders Keepers) and incorporating existing video journals made by former New Orleans Saints’ Defence Back Steve Gleason, Gleason is devoid of anything mawkish or sentimental, but is guaranteed to make a strong man cry.

How does a newly married former football hero come to terms with life in a wheelchair where he will gradually lose control of all of his muscles and bodily functions, but not his mind?  How can this man be a husband and a father? This is the heart-breaking dilemma facing Steve Gleason when, in 2011, aged 34, he is diagnosed with ALS (amyotrophic lateral sclerosis) known as Lou Gehrig’s disease. 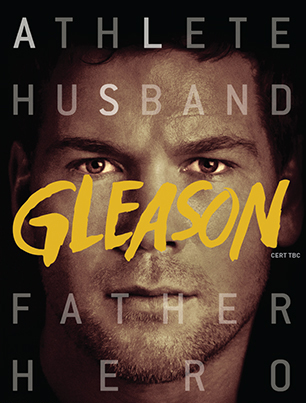 Defence Back Steven Gleason was not only a football hero and a nice guy, but, on September 25, 2006, became the symbol of the resilience and perseverance of the City of New Orleans after the devastation of Hurricane Katrina. During the floods, the Superdome served as a shelter (without heating or sanitation) for 20,000 homeless residents and became a symbol of failure and despair.

When 13 months later, the Saints played their first game in the rebuilt and newly reopened Superdome, Gleason blocked a punt off the foot of then-Atlanta Falcons’ punter Michael Koenen which enabled his teammate to score a touchdown.  There is a statue of Gleason in action at the Stadium (The Falcons insisted on Koenen being depicted without the Falcons’ logo).  The life-size statue commemorates one of the most dramatic moments in Saints’ history.  It is called Rebirth.

By the time the statue was built, however, Steve Gleason was in a wheel chair and speaking through a machine operated by his eyes, one of many funded by the Team Gleason Foundation. Three years after retiring from pro football on a high in 2008 and marrying his soul mate, Michel Varisco, Michel became pregnant and Steve was diagnosed with ALS.  Faced with the loss of his ability to walk, talk and then breathe and life expectancy of 2-5 years, Gleason had to chart out his own rebirth.

His first thought was to write and record a video journal for his child.  ‘My intention is to pass on as much as I can of who I am to you’, he writes.  But over the course of the next four years, we see that Steve is passing on much more. They go to football games together and Rivers rides on his father’s wheel chair wherever he goes.  As Rivers learns to speak, we witness him telling his father, ‘I love you’ for the first time.

In the process of making the video journal Steve wants to gain insight into his own father, Mike (Steven was born in Spokane Washington and was transferred to the Saints). Mike was a close-minded, dogmatic and cold father, the issue, he admits of a dysfunctional family.  He recognised Steve’s talent with ball games early on and pushed him into football. In one video journal Steve reflects, ‘I have no idea how I will annoy you. I hope it’s not in the way my dad annoys me.’

Over the course of their very intimate conversations, several years apart, Mike accepts Steve’s faith (‘I believe your soul is safe’) and credits him for being a much better father than he was.  ‘I think you taught Rivers more about gentleness and love at an early age than I ever knew…It’s cool to watch you sing to him and read him stories. Rivers feels all of that in his heart.’

Before Rivers is born Michel and Steve, who is still mobile, take a two-month road trip through Alaska. Steve then sets to work preparing for the future by learning about the technology and equipment and fundraising for Team Gleason.   The aim of the charity was to provide technology to those who could not afford it, send sufferers on holidays and finding a cure.  Steve and his assistants also petitioned congress for financial assistance for ALS sufferings.  Obama passed the Team Gleason Act, but of course, it is at risk under the new administration. 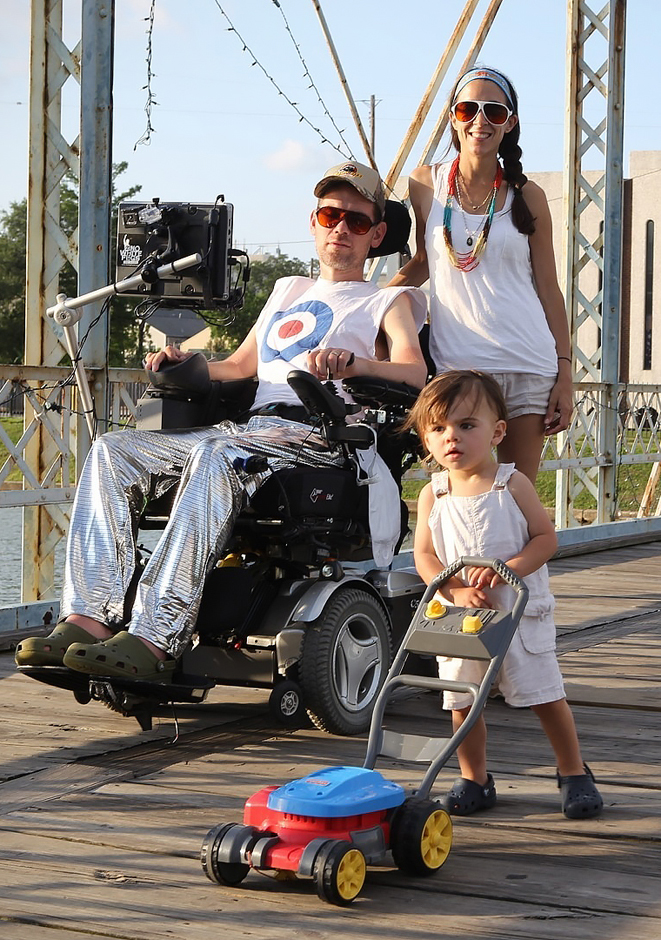 Tweel does not spare us from the reality of life with ALS.  In a heart-wrenching confession Steve tells the camera he is defecated in his pants and has to have someone take him to the toilet.  Although she has help, Michel is a full time carer and nurse as well as full time mother to a very energetic (and adorable) toddler.  Her artwork and social life take a back seat.  We witness a squabble with an exhausted Michel falling asleep before the end of it. Steve is sensitive enough to know what is happening, of course and expresses his frustration when, weeping, he says, ‘I don’t want to die, but it’s so hard…I’m wearing you down to the bone.’

After an appointment with a prominent pulmonologist Steve opts for tracheotomy surgery, which will enable a ventilator to breathe for him.  Paul, Michel’s father and President of Team Gleason, is of two minds about the surgery when he points out that the longer Steve lives, the longer his daughter’s life is caring for him.

In an interesting interview with his father, we hear that Michael believe the ALS was brought on by the risks he took in football (it is suggested his kamikaze style was a compensation for his relatively small stature). The film Concussion told the story of Dr. Bennet Omalu (played by Will Smith), a forensic pathologist who linked chronic traumatic encephalopathy with undiagnosed concussions. CTE is completely different from ALS, but the cause of ALS is unknown.

What is surprising about Steve’s video journals is not only their intimacy and thoughtfulness, but how beautifully written they are. Steve’s gift with words is evident when he interviews his hero, Eddie Vedder from Pearl Jam. ‘[Your] music has plastered the walls of my adolescence. I want to thank you guys for providing a significant proportion of the soundtrack of my life,’ he tells a tearful Vedder.

Ultimately, like any good film, Steve’s story compels us to think about our own lives and legacies.  ‘I feel much better when I share myself with you,’ he tells Rivers in a video journal. ‘Because that’s what dad’s do. They pass on the best of themselves.’