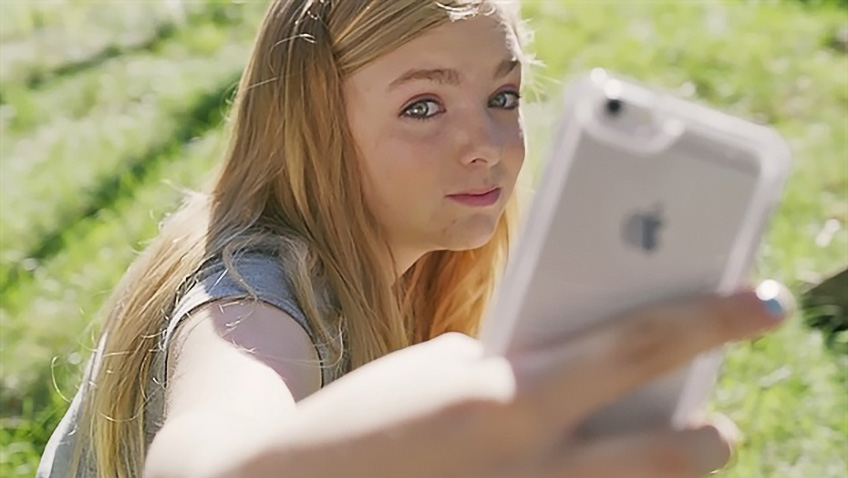 Comedian, musician, actor, filmmaker and poet Bo Burnham (real name Robert Pickering) was 16 when he began his career making videos for YouTube. By the time he completed his feature film debut, Eighth Grade

at age 27, his performances had been viewed 250 million times and he had moved outside his bedroom in the family home to professional venues. By the time you see this delightful, moving and impressively perceptive bitter-sweet comedy, he will no doubt be in Hollywood, courted by every producer eager to have a piece of this exciting new voice.

We’ve had movies about the villains and heroes of Silicon Valley, but Eighth Grade

dramatises the consumers of social media and it is a lot less glamorous. We have also had plenty of coming-of-age movies about maladjusted or bullied high school and (to a lesser extent) middle school kids, but no one has captured teenage anxiety as persuasively. Burnham nails it. And do not be fooled by the title: this is a crossover film that will speak directly to the eighth grader in all of us.

Burnham likes a challenge, and although there is something autobiographical about his main character, instead of making the protagonist a boy he gets into the mind of 13-old-year Kayla Day (the remarkable Elsie Fisher) as she is about to graduate from the Miles Gove Middle School in New York. This point of view is quite a feat, but the differences might not be as significant as one might think. One of the film’s revelations is that the difference between girls and boys and the cool crowd vs. the awkward loners is narrowed by their common addiction to social media.

If Kayla is pretty, but pudgy and plagued with acne, clear-skinned snob, Kennedy Graves (Catherine Oliviere), looks anorexic. Her groundless rudeness to Kayla is a symptom of her own insecurity, but of course no one has the perspective to see it that way. The boy who takes Kayla’s breath away, Aiden (Luke Prael) is neurotic. When she is warned that he likes dirty pictures, Kayla, desperate to attract his attention, expresses a similar interest. It seems to work, but when Aiden asks her if she gives blow jobs, she answers ambiguously before rushing home to look up oral sex online, horrified at what she discovers.

This results in a scene in which Kayla’s single dad Mark (Josh Hamilton) comes home to find Kayla experimenting with a banana in the kitchen when Kyla has always hated bananas. If we laugh in this comedy, it is the laughter of discomfort and hindsight. It is only at the end of the film that we learn why Kayla has been brought up without a mother. This film is big on ideas and another one is that while Mark is a great dad, Kayla has gone through puberty without a mother. 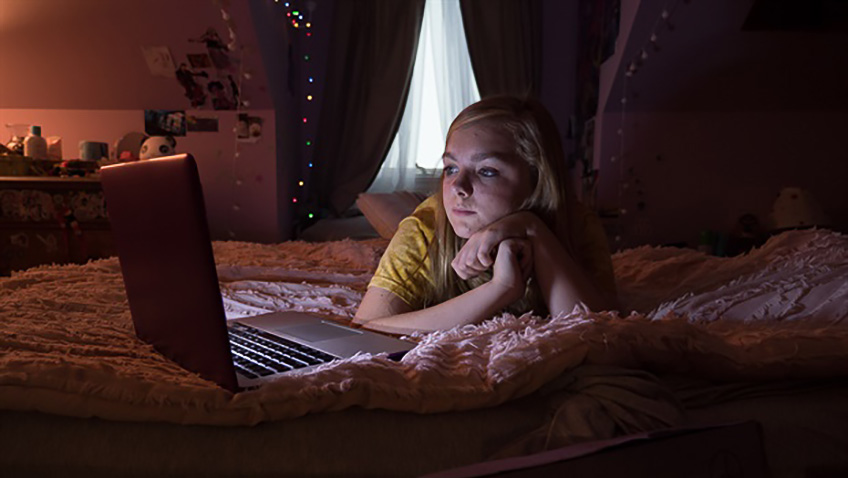 Kayla is first seen in her bedroom posting her latest motivational video on YouTube which almost no one watches. She talks about the social challenges that paralyse and preoccupy her in the form of advice to others. As we see, it is more like self-therapy as she tries to act on her own advice. Despite her quivering voice, a hesitant narrative punctuated with ‘ums’ and ‘likes’ and teenage acne, Kayla presents a confident and together young woman with something to say. It frustrates Kayla that she is voted ‘the most quiet’ in her school.

That we pick up on this realistically nuanced dichotomy is down to the casting, writing and directing coalescing in a faultless (evening the 93 minute running time is perfect) portrait of teenage angst. Burnham has said that he cast Fisher (whom he saw on YouTube) because ‘she was the only one who felt like a shy kid pretending to be confident – everyone else felt like a confident kid pretending to be shy.’

Although she has no friends, the last person Kayla would confide in is Mark who, to his dismay, remains estranged from Kayla despite living under the same roof. He has been forced to agree that Friday nights at the dinner table are no contact nights, and he sits at the table watching Kayla communicate laptop and headphones. 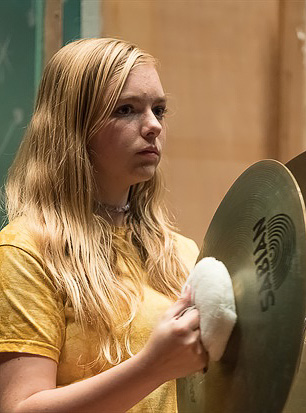 Kayla is trapped in a wired world and her attempts to navigate through its lawless paths are fraught with anxiety that overpower her. At times she acts on her advice to ‘put you out there’. Her blunt attempts boost her confidence, but often backfire.

Throughout the entire movie we never see Kayla studying, learning in school, visiting relatives or going to the movies. But at a pool party (Kennedy’s mother, who seems to like Mark, forces Kennedy to invite Kayla) while watching Aiden longingly, she meets another member of the awkward squad, Gabe (Jack Ryan). He has only been invited because he is Kennedy’s cousin. It would be a spoiler to say more about how this relationship develops, but you have a treat in store.

Kayla receives a much-needed reprieve when she attends a high school shadow day and is assigned to Olivia (Emily Robinson), a beautiful, cool twelfth grader who reassures Kayla that she was not always as cool as Kayla gives her credit for. The following day, when Kayla summons the courage to call Olivia, she invites Kayla to to hang out at the mall with her. Kayla is delighted to be surrounded by cool high school kids, despite one of the boys complaining that Kayla’s head is wired differently because of how her age group use social media.

While nothing in the film is contrived and we are never conscious of box-ticking, Burnham covers all the bases, including the spying parent embarrassing the teenager in her bid for independence. After ordering dad to go home, Kayla accepts a lift home from Olivia’s friend Riley (Daniel Zolghadri) who proposes a game of truth or dare in the back seat of his car. Despite sex-education lessons in school, Kayla is in over her head in this real life situation and, in a painfully dark scene, apologises to Riley for refusing to remove her shirt on a dare. She pleads with him not to tell Olivia.

This frightening incident is a watershed. Kayla asks Mark to help her burn a sixth grade time capsule Kayla made of her eighth grade self, labelled the coolest girl in the world. This is a warm, well-earned moment of bonding where Kayla realises she needs her father’s shoulder more than a computer screen.

While there is an ingenious universality to Eighth Grade

, older viewers did not have to grow up with social media and we cannot understand the nature of what appears to be a self-destructive addiction. The challenges in high school for the over 50s were not compounded by the pressure of being connected 24/7 to a cruel world or of feeling alone when it impossible to be alone.