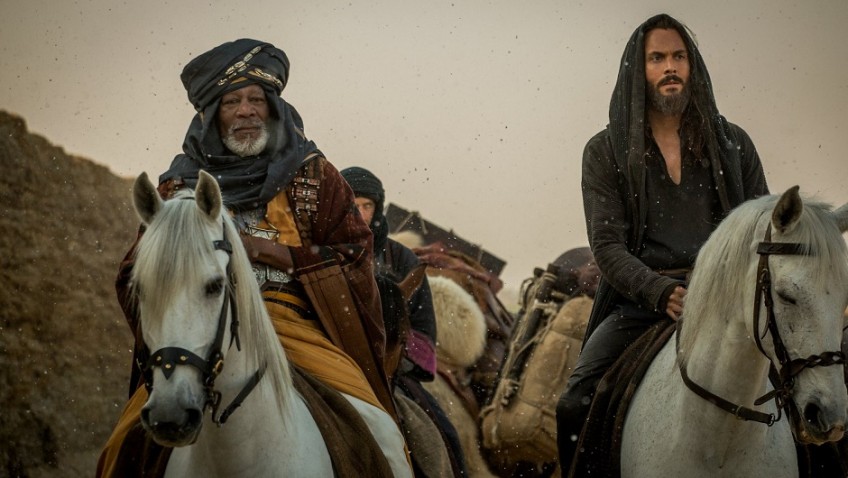 A disappointing remake of the 1959 classic biblical epic

There have had been two silent film versions of Lew Wallace’s 1880 novel Ben-Hur : A Tale of the Christ, but for most people of a certain age ‘Ben-Hur’ summons up images of a 36-year-old Charlton Heston on a chariot in William Wyler’s 1959 blockbuster. No one has seen the need to remake Ben-Hur, which won 11 Academy Awards including a Best Actor award for Heston — aside from a 2003 animated version which Heston narrated. Now 57 years on, Director Kazakh-Russian director Timur Nuruakhitovich Bekmambetov, steps to the pitch with a ‘reimagining’ of Ben- Hur for the Millennials. That Bekmambetov is best known for his fantasy supernatural thrillers including, Abe Lincoln Vampire Hunter, Wanted and Nightwatch is a secondary concern. The main problems are the lack of epic stature and the curious choice of Jack Huston (John Huston’s grandson) for the eponymous hero.

The story is, of course, similar to the 1959 film – although scriptwriters Keith Clarke and John Ridley (who wrote the script for 12 Years a Slave) have cut about 1.5 hours from the original film and cut so many corners on the book that it has lost its epic feel. It is AD 26 and Judah Ben-Hur, a Hebrew prince and merchant residing in Jerusalem, has grown up with his adoptive brother Messala (Toby Kebbell, Wrath of the Titans, Rocknrolla). Although the two young men are complete opposites (the non-confrontational Judah wants peace and harmony, Messala is a warrior), they are inseparable. When Judah is thrown from his horse while the two are out racing, Messala carries the unconscious Judah all the way home to save his life. 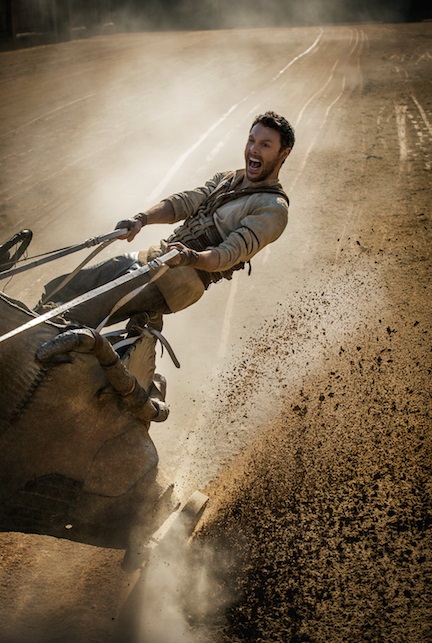 Despite feeling welcome by Judah, Judah’s mother (Ayelet Zurer); and especially by Judah’s smitten sister, Tirzah (Sofia Black D’Elia), Messala’s heart belongs to the Roman Empire. As Judah marries his servant Simonides’ (Haluk Bilginer) daughter Esther (Nazanin Boniadi) to prevent her from being sold as a Roman’s slave, Messala goes off to become one of Rome’s most respected military commanders.

When Messala returns to Jerusalem it is to ensure that Pontius Pilate (Pilou Asbaek) can travel through the city free of attacks by the Zealots who are protesting the tyranny of Rome. He appeals to Judah to name names, but Judah, who has agreed to hide a young Zealot named Gestas (Moises Arias), is no snitch. In the book, a loose tile falls from Judah’s cliff top palace and almost kills Pilate. In the film, which claims to have gone back to the source novel for inspiration, Gestas betrays Judah’s hospitality and attempts to assassinate Pilate from Judah’s palace.

The noble Judah not only allows Gestas to escape, but, rather than let his family be executed in the absence of a culprit, confesses to the crime. While his family is ruined, Messala condemns Judah to ‘a slow death’ in the galley of a Roman war ship for five years. Judah does not save a Roman captain’s life when their ship is attacked by Greek pirates as in Wallace’s novel. Judah, a lone survivor, is washed up on shore and saved by a wealthy Nubian called Sheik Ilderim. Morgan Freeman plays Ilderim as a cross between Eddie in Million Dollar Baby and God in Bruce Almighty, although he is deadly serious. Unlike the 1959 movie, this Ilderim is not a crafty street-wise nomad cast for comic relief, but a sophisticated negotiator who plays a more important role in the film than in Wyler’s. When Ilderim notices Judah’s equestrian skills he offers to employ him as a charioteer. When Judah is told that his mother and sister were killed, Judah is, at last, motivated to enact revenge on Messala, Rome’s representative in the Coliseum’s brutal races. .

More than in the 1959 film, Clarke and Ridley draw out the socio-economic elements of Wallace’s novel — Judah’s ‘five years a slave’ in the galley of a Roman war ship contrasts with the privileged happy life he lived as a Hebrew prince – and, to some extent, the religious aspects. Wyler minimised the role of Jesus, but here Christ’s life intertwines with Judah’s and to that extent is more faithful to the novel. Even with his limited screen time, Brazilian heart-throb Rodrigo Santoro (Xerxes in the film 300 and Paulo in the TV series Lost) upstages both Huston’s lacklustre Judah and Toby Kebbel’s efficient, but uninteresting portrayal of Messala.

The chariot race itself took 45 days to film and the two lead actors did many of their charioteering and stunts. But for all the thrills provided by this authenticity, supported by heavy doses of CGI unavailable to Wyler, the fact that we now know the outcome and are not attached to the characters reduces the suspense.

Bekmambetov seems to have run out of time as the long, complex denouement is so compact it is almost comical. Warning: The following is a spoiler to those who unfamiliar with the story: In what seems like a few minutes, Jesus dies on the cross; a symbolic storm makes converts of half the Jewish population; Judah’s mother and sister are cured of their leprosy and are reunited with Judah; and Messala, disabled after the chariot race, lives happily ever reunited with Judah and Esther. Whether it is a consequence of this rapid wrapping up or the script or direction, the spiritual element fails to move us or define the film.

Jack Huston has been fine in minor roles in some well-regarded movies such as American Hustle and Kill Your Darlings, but he is not an A-list actor or a rising star. Ben-Hur is his first starring role in a major film and, sadly, it is not the break-through performance it should be. His stature, lack of charisma and relatively average (for a 33-year-old leading man) physique make him an odd choice for the eponymous hero. To their credit, the filmmakers have cast a wide variety of Middle Eastern actors in the secondary roles for authenticity, but Morgan Freeman, 79, is the best known actor in the film. Unfortunately, he has the one role where you probably don’t want an actor who you remember as the blackjack playing geriatric in Last Vegas or as a blue collar mechanic in The Bucket List.