Home / LIFESTYLE / REVIEWS > / FILM REVIEWS / A brilliant film about the four ages of man – and his dog. 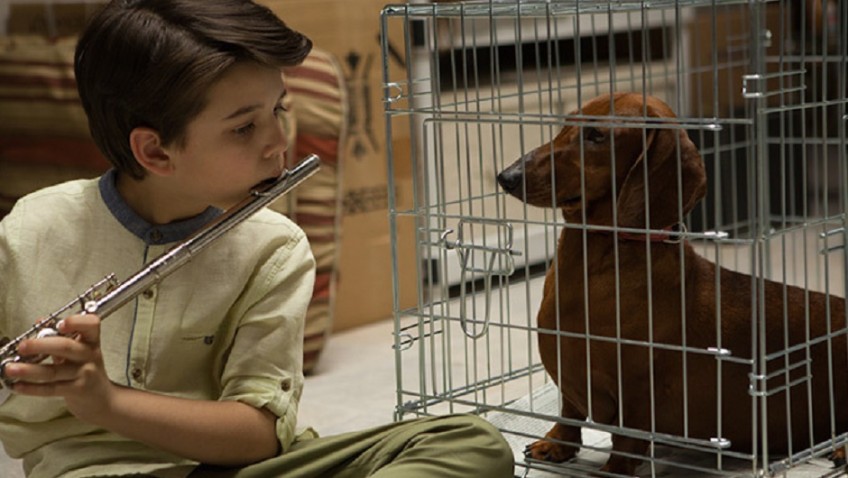 A brilliant film about the four ages of man – and his dog.

No matter how many movies about a dog’s journey home you have seen, you will never have seen anything like Wiener-dog:  a masterpiece from Todd Solondz, the brilliant, if uneven, purveyor of unconventional, dark, and astutely cast satires of suburban America.  You might apply the word episodic to the plot of Wiener-dog, but any film that begins with a young cancer survivor being given a dachshund for companionship and ends with an estranged grandmother naming her dachshund Cancer, is meticulously constructed. A film that manages to be both humorous and deeply disturbing, Wiener-dog is as much a revisionist guide to the four stages of man as it is a perceptive comment on man’s relationship with his best friend. 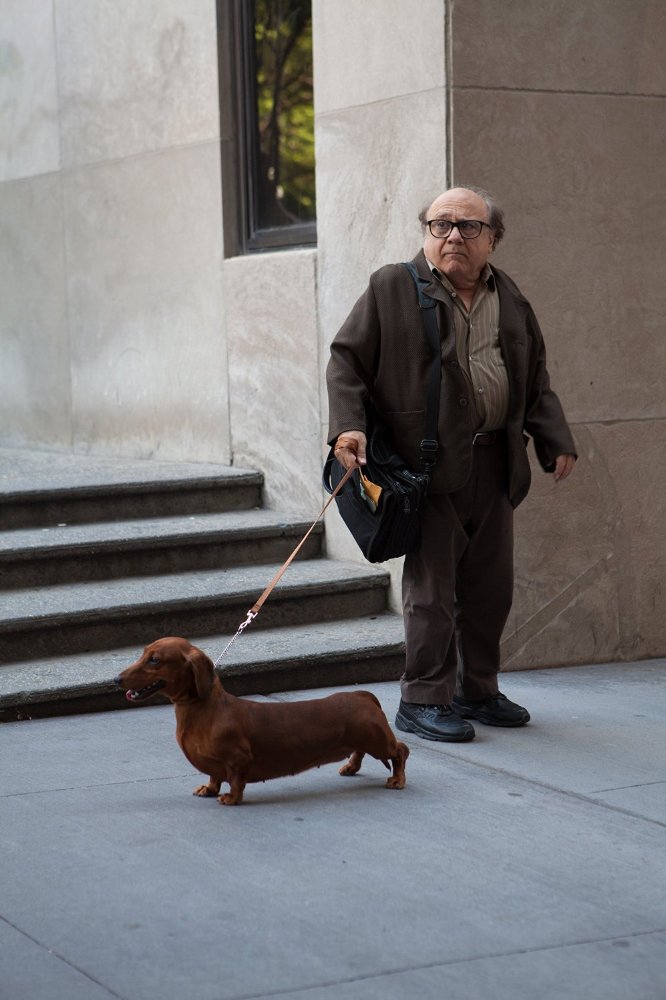 In the first heartbreaking shot of the film we see a recently pregnant and bewildered dachshund being transferred from what we assume to be his owner’s car to a tiny cage in a noisy kennel. In Solondz’s world, a dog is for Christmas, not forever.  When we next see the dog it is a gift for Remi (Keaton Nigel Cooke), a lonely, sensitive young boy recovering from cancer. He lives in a pristine, modernist house with his neurotic, progressive parents (Julie Delpy and Tracy Letts) who know more about yoga than nurturing a child.

When an inquisitive Remi asks why Wiener-dog has to be spayed, Delpy’s anthropomorphic spin is so hilariously delivered it’s worth the price of admission.  She makes-up an anecdote about the brutal rape and death by HIV of an untreated female dog. Remi’s parents are equally clueless when it comes to house training or caring for a dog.  In what could be a cinema first, a long tracking shot of diarrhoea is used to explain why, when we next see the hapless dog, she is about to be put down at the local vet’s.

Returning 20 years after Welcome to the Dollhouse, the shy, awkward misfit Dawn Wiener (Greta Gerwig), now employed as a veterinary nurse, intervenes. Soon after running away with her new dog, she bumps into an even more unlikely companion: her old flame from Welcome to the Dollhouse, the drug addict Brandon (Kieran Kyle Culkin). Cagey and self-absorbed, Brandon initially rebuffs her suggestions that they get together to catch up.  It is almost as if he knows that he is no good and is trying to do the right thing.

Having already sacrificed her job, however, Dawn has nothing to lose and readily joins Brandon on a road trip to Ohio. In Ohio, however, things do not go as planned.  After being rejected by everyone else, Brandon receives a warm welcome from his brother Tony (Connor Long) and sister-in-law April (Bridget Brown) a hospitable couple with Down’s syndrome.  When Dawn suggests going for a walk April tells Dawn that she never walks anywhere. That doesn’t stop the couple falling for Wiener-dog…

Who but Danny DeVito could be Dave Schmerz?  A cynical, fading screenplay writing professor with one title to his name, Schmerz is too preoccupied by his literary agent’s departure to pay much attention to his hopeless students. He loses patience with a pretentious applicant who cannot even name a single film he’s seen and his colleagues notice. Drastic action is required when he is given notice, and here, the dog becomes the symbolic expression of its master’s pent-up rage.

From middle-age we arrive at old age and a sensational performance by Ellen Burstyn (Requiem for a Dream). Burstyn plays Nana, a chain-smoking, legally blind, frosty grandmother whose only real friend, her lapdog, Cancer, is, of course, Wiener-dog.  Nana is estranged from her son, and visited every few years by his strung-out daughter, Zoe (David Mamet’s daughter, Zosia Mamet). This time, Zoe arrives with Fantasy (Michael Shaw), a huge black dude decked out in a loud T-shirt and jewellery who dispenses with the niceties of meeting the family.  Zoe needs money to bankroll her unfaithful new boyfriend’s latest venture.  When Fantasy momentarily leaves the room, an emotional moment of tenderness between Zoe and her grandmother is cut short by his untimely return.

You begin to feel sorry for Nana long before the angels come to visit her in the garden, chastising her for a life of missed opportunities and regrets. ‘What happened to you?’ asks a vision of her younger self.  ‘I got old,’ Nana replies: ‘I don’t want to get old.’ While death might be coming for Nana, what is her dog’s fate?

Half-way through the film Solondz breaks the fourth wall by parading the dog against a blue-screen background to suggest the dream of a romantic adventure back to his pining owner. He doesn’t even try to fool us; or the dog.