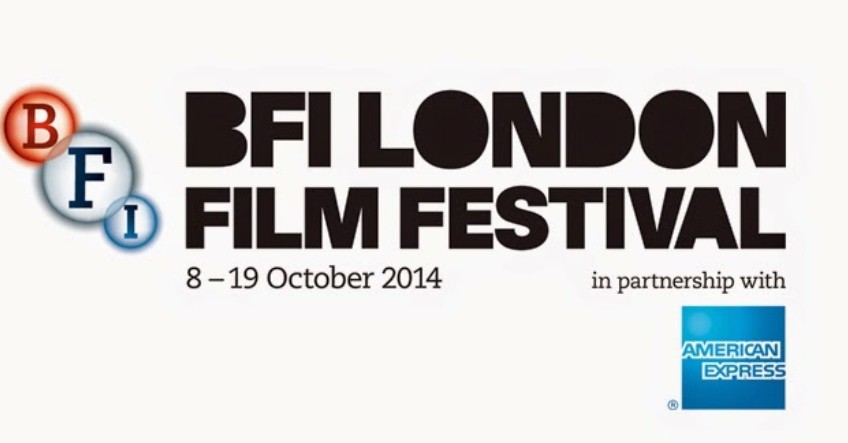 Joyce Glasser introduces us to this year’s London Film Festival

Tickets are now on sale for the London Film Festival which takes place in various London venues from 8 to 19 October.  No doubt the Gala screenings are already sold out, but as there is such a wide choice of films, and the tickets are not cheap, my suggestion is to look first at those that have a sales agent, but do not have a distributor listed after the descriptive summary.  This might be your only chance to see them.

If you are Gala-minded and tickets remain, Testament of Youth, based on Vera Brittain’s WWI memoir, promises love, loss, tears and plenty of contrasts between the lush British countryside and ugly, muddy battlefields. It will be interesting to see whether television Director James Kent will be able to turn this mini-series material into a coherent feature film. More war is in store with a re-issue of The Battles of Coronel and Falkland Islands, Walter Summers’ film from 1927, accompanied by a new score performed live by The Band of Her Majesty’s Royal Marines.

No less sobering, in its own way, Jason Reitman’s (Juno, Up in the Air)’s topical film, Men Women & Children is about ordinary lives complicated by the proliferation of digital platforms.  Based on Chad Kulgen’s novel, its theme of emotional isolation will no doubt lead to lively discussions over drinks afterwards.

Mike Leigh, now 71, focuses on the landscape painter, JMW Turner’s later life in his stunningly beautiful new biopic, Mr Turner.  Timothy Spall (57) won the Best Actor award at the Cannes Film Festival in June for his portrayal of the working class boy who rose to become the 19th century’s most lauded living painter and who bequeathed his work to the nation.

No film festival would be complete without a new film by Turkey’s greatest filmmaker, Nuri Bilge Ceylan. Similar in length and structure to his last film, the magnificent, Once Upon a Time in Anatolia, his latest drama, Winter Sleep, won the Palme D’Or at Cannes this year.

Among the ‘Non-Gala’ films, there is the chance to see the third film from Turkey’s second greatest living director, Fatih Akin. The Cut stars Tahar Rahim (A Prophet) in a film about the personal cost to one man of the Armenian genocide. Another film set against a background of war is Far from Men, based on an Albert Camus story set in 1950’s Algeria. This two-hander, starring the talented Viggo Mortensen, sounds like a Western, with Mortensen accompanying Reda Kateb to a town where he will be tried for murder.

Even more prevalent than war stories this year, are films that, like Mr Turner, focus on older people. In Israel Horovitz’s superbly cast My Old Lady, (based on his stage play) Maggie Smith plays a die-hard dowager with a secret romantic past who is sitting on a valuable Parisian apartment.  A battle of hearts, minds and property rights emerges when the elderly lady’s daughter (Kristin Scott Thomas) and a cash-strapped writer (Kevin Kline) collide.

Ira Sachs’ Love is Strange stars Alfred Molina and John Lithgow as a gay couple living in Manhattan who are forced to separate after 39 years when one of them loses his job.  Another two-hander, set in rural Belgium, Ne Me Quitte Pas (Don’t Leave Me) is a docu-drama and a black comedy about a friendship between two older alcoholics.  While trying to reconnect with their families and get sober, they plot a joint suicide.

The title character in Alvaro Brechner’s Mr Kaplan is a transplanted Jew in Uruguay, who, at 76, is dealing with impending mortality, ailing health and cultural isolationism in a novel way. The Possibilities are Endless is another hybrid documentary/drama based on a true story of singer/ songwriter Edwyn Collins, who emerges from a stroke with only a few words at his disposal: ‘Yes’, ‘no’, ‘Grace Maxwell’, and ‘the possibilities are endless.’

There is no stopping two octogenarian film legends, although they could not be more different.  Now, 84, American documentary filmmaker Frederick Wiseman focuses on London’s National Gallery. At 173 minutes, National Gallery is more than a documentary about the administration and inner-workings of the gallery; it is also a meditation on looking at art.  Jean-Luc Godard, 83, is back with what is reported to be his best film in many years, Goodbye to Language.  In contrast to Wiseman’s lengthy film, it is only 70 minutes, and without much of a narrative; but full of the master’s visual flair, provocative themes and witty literary/musical/film references.

The festival also features Hockney: A Life in Pictures about the 77-year old painter from Yorkshire, and Altman, a documentary about the late, great American film director.  Altman’s 1982 film, Come Back to the Five and Dime, Jimmy Dean, Jimmy Dean is one of several re-issues in festival, along with My Darling Clementine, Far from the Madding Crowd, and Only Angels have Wings and Guys and Dolls.

Finally, those who love great French cinema may be thrilled to learn that Cedric Kahn’s (Roberto Succo, Red Lights) new film Wild Life, has three showings at the Festival, although, sadly, no UK distributor.  It is based on a true story about a feuding traveller couple.  When the mother attempts to reintegrate her children into mainstream French life, her husband’s reaction is to abscond with them. Another cause for celebration is a new film from 71-year-old André Téchiné, although this, too, lacks a UK distributor.

L’Homme Que L’On Aimait Trop (French Riviera) co-stars Catherine Deneuve and is based on the unexplained disappearance of a Nice casino-owner’s daughter in the1970s.  Award winning actor/director Matthieu Amalric’s new film as director, The Blue Room is based on a George Simenon mystery from 1964 and stars the great Amalric.  And finally, the immensely talented and thankfully, prolific  François Ozon is back with The New Girlfriend, about a woman who promises her dying best friend to look after her grieving husband (Romain Duris) and child.